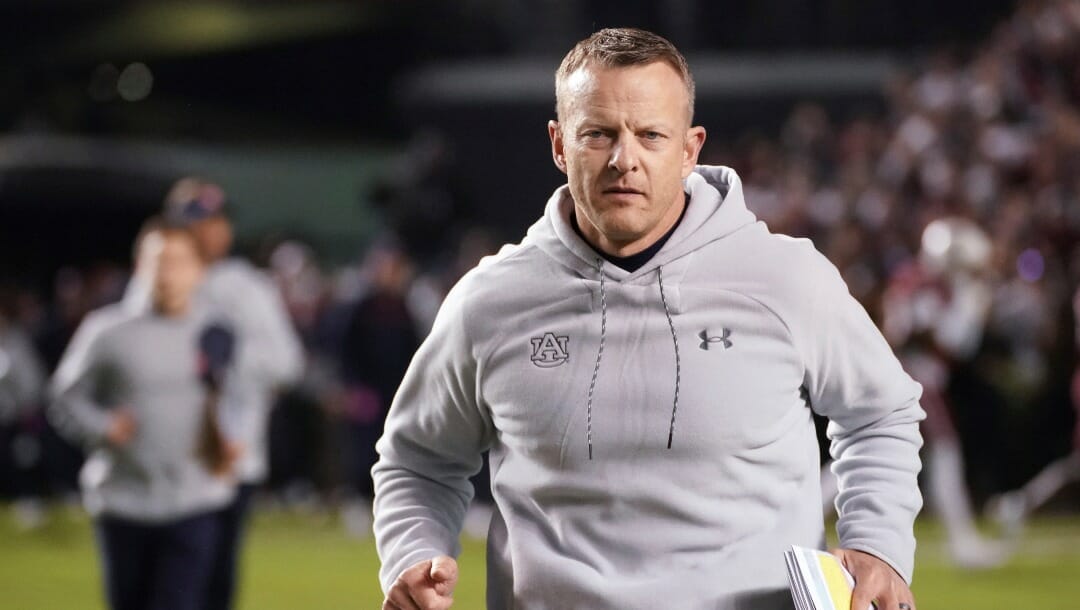 “[I]t would take a special opportunity to get me out of Boise,” Bryan Harsin said at his introductory press conference as Auburn head coach in December 2020.

One year later, that special opportunity was in jeopardy as Harsin sat on the college football hot seat amidst a flood of player and staff mistreatment allegations. While he survived an internal investigation and returned for a second year, the three-time Mountain West Coach of the Year won’t return for a third year, Auburn announced on Oct. 31, one day after another loss dropped Harsin to 9-12 overall.

What Is Bryan Harsin’s Contract?

What Is Bryan Harsin’s Buyout?

Since Harsin was (presumably) fired without cause before his contract expired on Dec. 31, 2026, he’s now due a buyout equal to 70% of the remaining value.

If Bryan Harsin would’ve left before his contract expires, he would’ve owed Auburn a buyout:

That buyout became relevant as several college football insiders believed Harsin could be a candidate at Arizona State after Herm Edwards was fired.

“Like Edwards, Harsin entered the 2022 season with his job fate practically sealed. But he will get another shot to lead a program, and Arizona State would be a much better fit than Auburn ever was,” ESPN’s Adam Rittenberg wrote.

That, however, wasn’t the case. Now the Tigers will embark on a second head-coaching search – led by new athletics director John Cohen – in two years.

College Football Odds at the Sportsbook

Betting on college football odds is a unique way to add more excitement to each season.

With updated spreads, over/under totals, moneylines, and more, the sportsbook has a variety of options for everyone. Check out BetMGM today to get closer to the action!