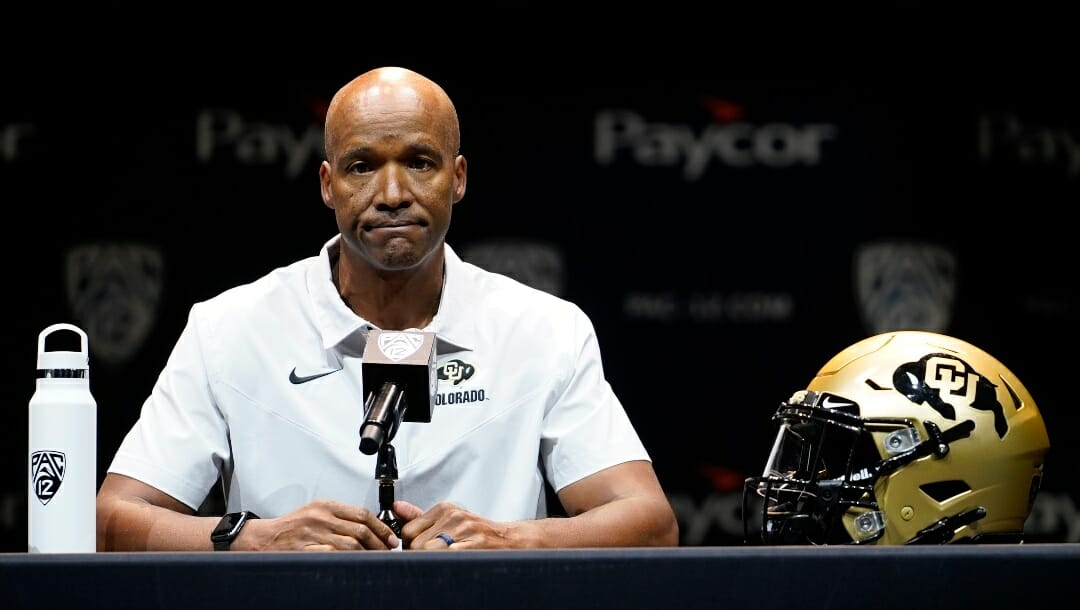 Two and a half years later, one of those coaches is leading an impressive, albeit early, rebuild at a downtrodden Power Five program. One is the best offensive coordinator in the NFL, one nearly led Texas to a shocking upset of Alabama, one led Air Force to a blowout win over the guy Colorado hired, and the guy Colorado hired is on the college football hot seat.

Things aren’t going well for Karl Dorrell. Colorado is winless in 2022 – most recently suffering a blowout home loss to UCLA – and showing no signs of long-term progress.

What is Karl Dorrell’s Contract?

Dorrell signed a five-year, $18-million contract upon arriving from the Miami Dolphins, where he spent the 2019 season as associate head coach and wide receivers coach.

His annual base salary is $500,000 but is due supplemental compensation for duties performed in fundraising and other areas each year (not including incentives):

Dorrell took a pay cut in 2020 but hasn’t signed an extension or revised the terms of his contract since signing the contract on Feb. 29, 2020.

What is Karl Dorrell’s Buyout?

If fired on or before Dec. 31, 2022, he’s owed $11.4 million minus compensation “earned in base salary, supplemental salary, and incentive salary prior to the effective date of termination.”

If Dorrell obtains similar employment elsewhere – e.g., assistant coach, head coach, TV analyst – after he’s fired, but before Dec. 31, 2024, his buyout amount can be reduced based on his new income.

Colorado should’ve negotiated a deal like Jeff Scott’s buyout at South Florida instead.