Could a No. 1 Seed Fall for the Second Time? 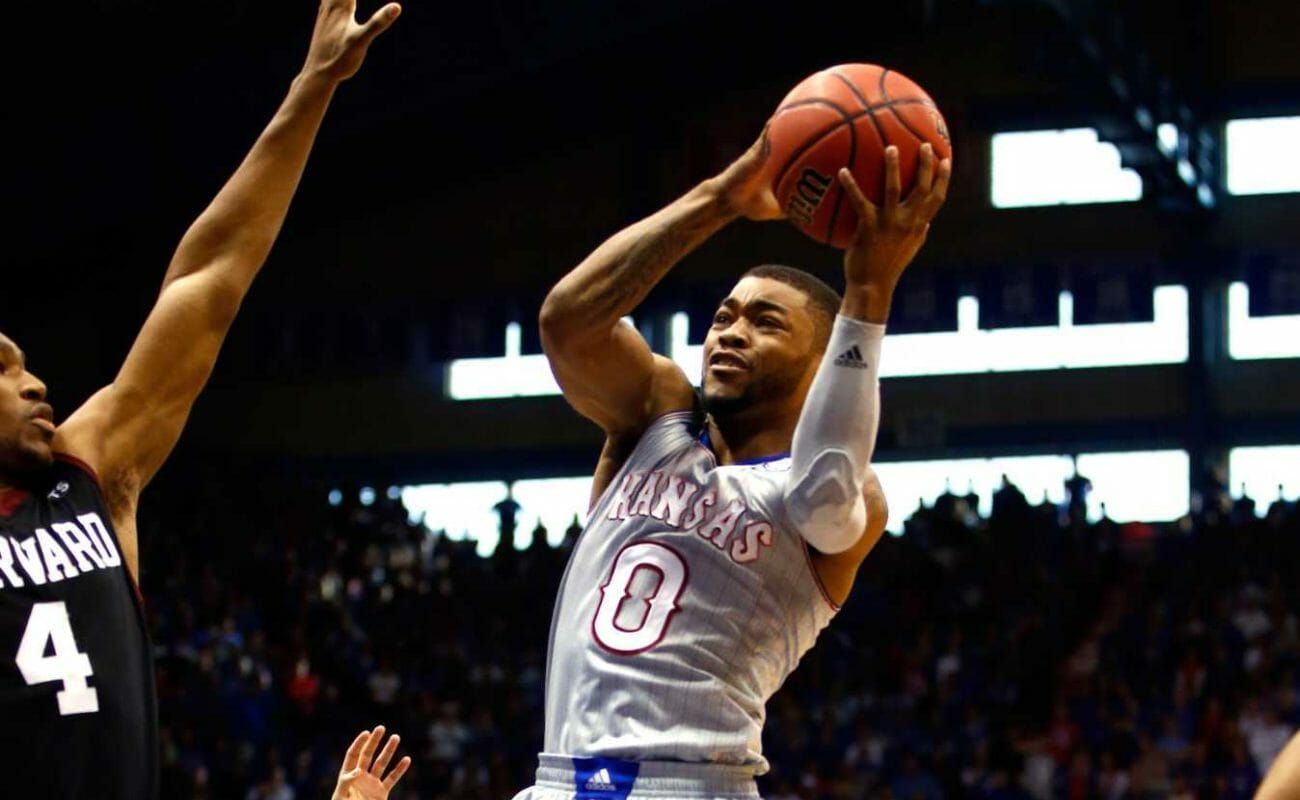 Kansas had a disappointing tournament in 2019. They were a No. 4 seed and went out in the second round to Auburn University. This year, they regrouped and came back stronger.

This season has seen Kansas University assert themselves as a clear No. 1 seed. They have done so despite a cloud of serious accusations about breaking recruiting rules. The accusations are that an Adidas marketing exec and a Kansas bag man funneled cash to recruit players to Kansas. The investigation is still ongoing but it would form a backdrop to this season, should Kansas University go all the way. This season, Kansas looks like the best team in college basketball. They will arguably go into the March Division I Men’s Basketball Tournament as the tournament favorites. This has been fully deserved as their performances on the court have been championship-winning quality. Their standout performers have been Devon Dotson, Udoka Azubuike, Marcus Garret, and Ochai Agbaji. Dotson leads the Kansas team in scoring, averaging over 17 points and 4 assists per game. Azubuike has been an instrumental player averaging a double-double of over 13 points and over 10 rebounds per game. Garret and Agbaji have been the all-rounders that championship winners need. Garret averages close to 5 assists, 10 points and over 4 rebounds per game. Agbaji averages 10 points, 4 rebounds and 2 assists per game. All in all, they look the part and will likely be one of the top seeds for March Division I Men’s Basketball Tournament.

Kansas have only lost three times this season, to Duke, Villanova, and Baylor. While none of these are upsets in the true sense of the word, it does show they can be beaten. The recent brawl in the game against KSU also shows that it’s possible to get under the players’ skin. If the off-court investigation gathers momentum, it could also shift the focus for the team. They’re not the best candidate for an upset at this point, but it’s worth keeping an eye on college basketball news as we approach the first round. 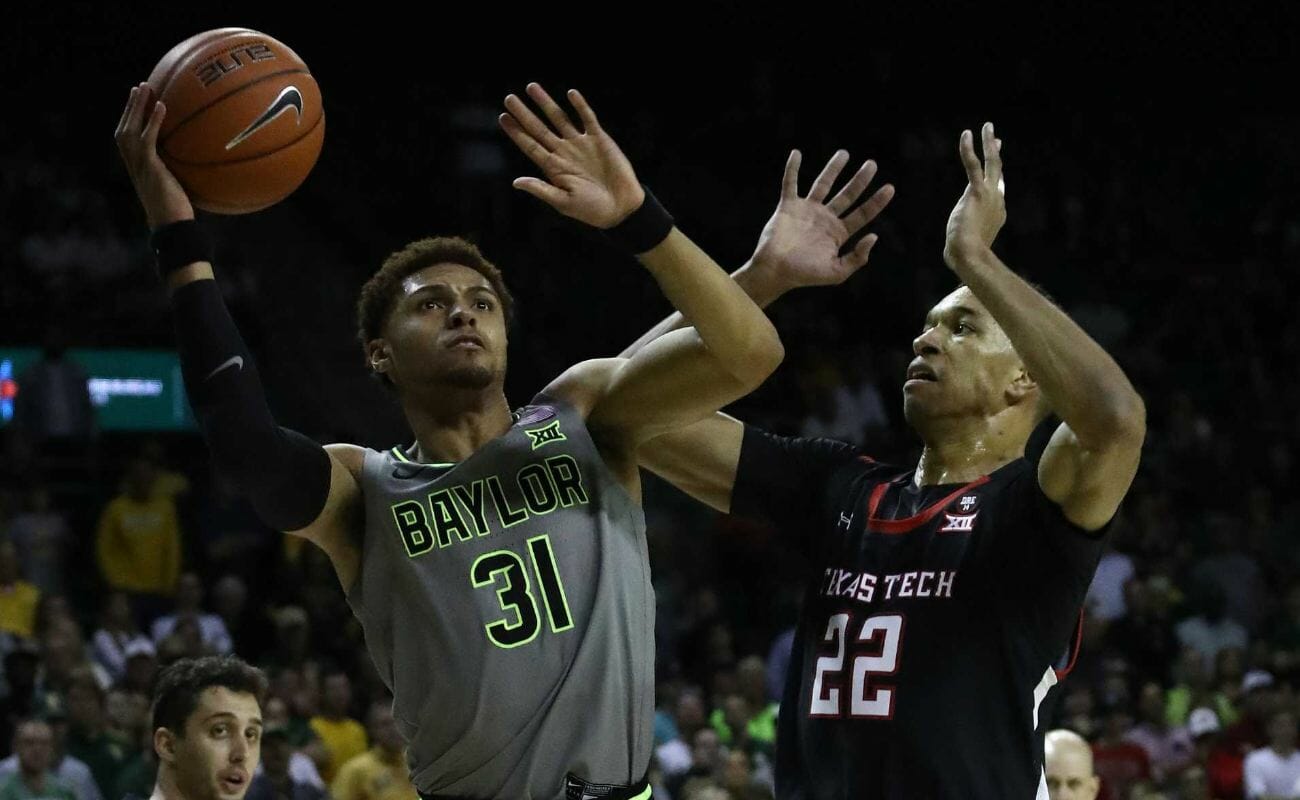 Last season, Baylor weren’t one of the top seeds for March Division I Men’s Basketball Tournament. They seeded at No.9 and were knocked out in the second round to Gonzaga. This season they’ve maintained a better consistency.

Baylor and Kansas have been battling it out to top the Big 12 Conference. They have played twice and each won once. The last spoils went to Kansas by three points. This was only the second loss of the season for Baylor. The first loss was an upset to Washington earlier in the season. The strength of Baylor’s performances has come from their scoring prowess and collective defense. For points, Jared Butler and MaCio Teague have been immense. Butler has averaged over 15 points and 3 assists so far this season. Teague has averaged over 14 points, 4 rebounds and 2 assists per game. Freddie Gillespie has also been immense, averaging 9 rebounds, 9 points and 2 rebounds per game. With only two losses so far this season, Baylor will be one of the best March Division I Men’s Basketball Tournament teams when it comes to seeding.

Baylor will undoubtedly be one of the top seeds for the March Division I Men’s Basketball Tournament. They have been in fantastic form this season. There will be a doubt lingering in their minds though. What if the Washington performance repeats itself in the tournament? For this reason, they might be worth a second look for sports betting pundits. If you’re looking for potential March Division I Men’s Basketball Tournament upsets, it may involve Baylor. They’ve only lost once since then, so they might have already learned their lesson. Perhaps it could be that it will still come back to haunt them. 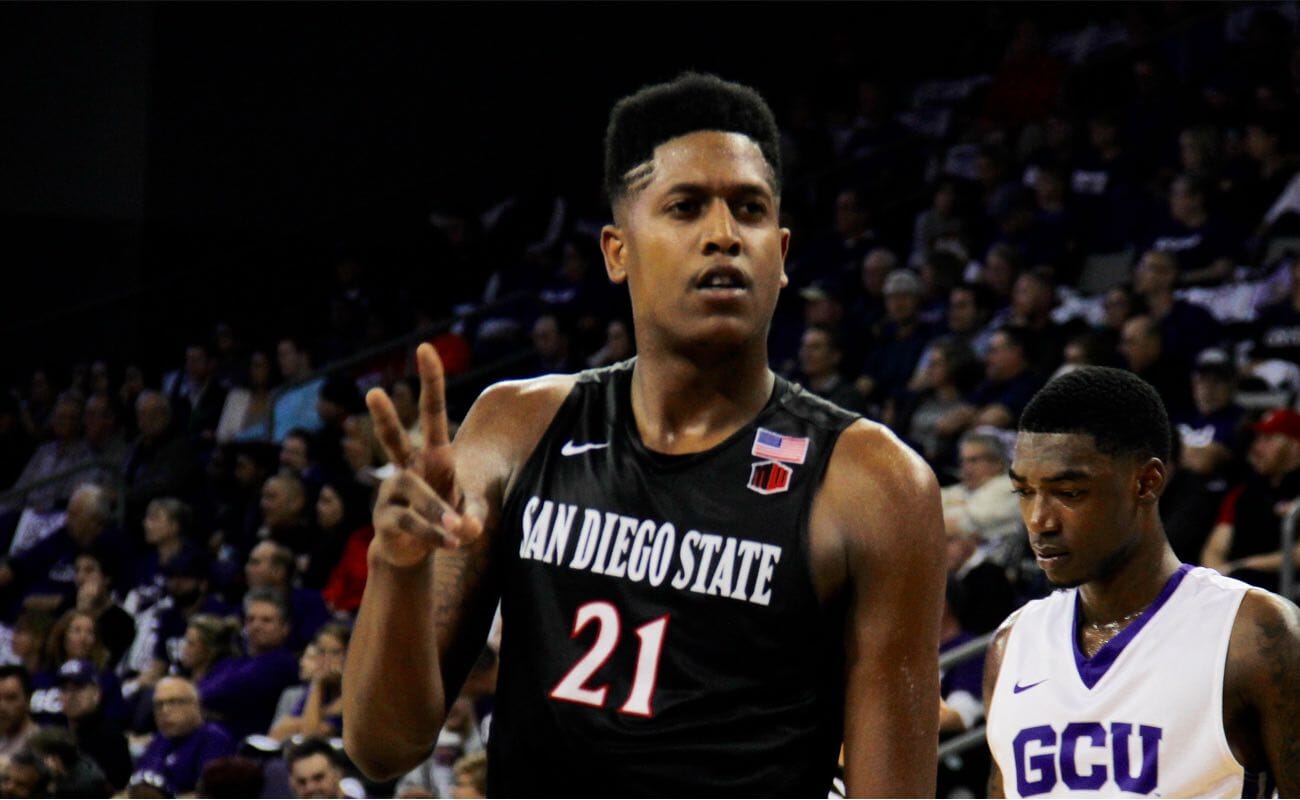 San Diego State didn’t make the March tournament last season. In contrast, it makes this season all the more impressive. SDSU is having their best season since 2016. They aren’t traditionally one of the big teams in college basketball, but have had one of their best seasons ever.

San Diego State University has defied preseason predictions. They were one of the last unbeaten teams this season, and look set to be a March Division I Men’s Basketball Tournament No. 1 seed. Duke is on their shoulder though and the season-end might determine who takes one of the four No. 1 seeds. For the most part, SDSU have excelled in offense. This has been thanks to the performances of Malachi Flynn, Matt Mitchell, Yanni Wetzell, and Jordan Schakel. These four players have averaged over ten points per game. Malachi Flynn has been the standout, averaging 17 points, 5 assists and 4 rebounds per game. Mention must also be made of Nathan Mensah who has averaged 7 rebounds and 2 blocks per game. If San Diego State University don’t let their recent loss unnerve them, it could be a historical season for them.

Should SDSU maintain their form and be selected as a March Division I Men’s Basketball Tournament No. 1 seed, they would be a strong contender for an upset. They have had a remarkable season. But having not qualified last season, they might not have the experience to maintain the form into the first round. For sports betting fans, it’s a win-win. San Diego State University would have decent March Division I Men’s Basketball Tournament odds to go all the way, and equally to be knocked out in the first round. Gonzaga is one of the top college basketball teams and have appeared in 21 consecutive National Association tournaments. Having been runner ups in 2017, Gonzaga are still on the search for their first championship title.

Gonzaga has had an excellent season and have lost only a couple of games. The most noticeable loss came against Michigan. In a similar way to Baylor’s loss to Washington, it encapsulates a season primed for upsets. Gonzaga look set to top the West Coast Conference. Their stand out performer has been Filip Petrusev. He has averaged 17 points and 8 rebounds per game. His scoring exploits have been supported by four teammates who are averaging over 10 points per game. These players are Corey Kispert, Admon Gilder, Joel Ayayi, and Ryan Woolridge.

Gonzaga looks in the mood to impress this season. Despite a recent loss to BYU, they don’t seem to be on course for a first round exit. At the same time, the loss against Michigan has asked questions that may still remain unanswered. Ultimately, they should progress comfortably and make a claim for their first championship title.