Novak Djokovic Out of US Open 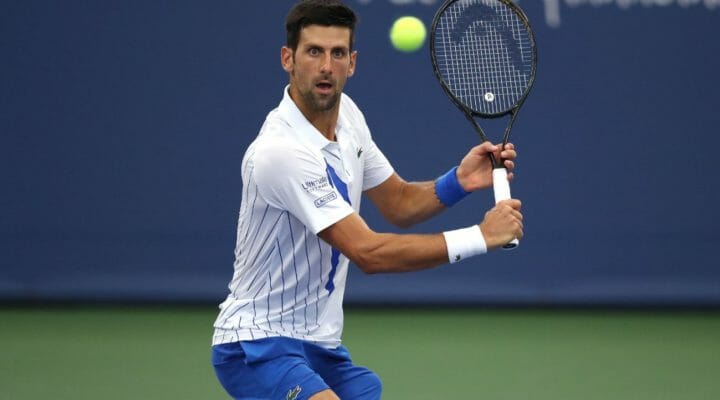 The world’s number 1 tennis player is out of the US Open. 2020 was set to be the year that he reached the heights set by Nadal and Federer before him — but in true 2020 style, it’s failed to live up to expectations. While he is yet to lose on the court so far, Djokovic’s decision-making this year has tainted his reputation — and perhaps even his legacy.

So what has gone so wrong in 2020? Why was he disqualified from the US Open, and how will this affect tennis betting odds?

2020 was a year of bad decision-making

In January, Novak Djokovic won his 17th Grand Slam title at the Australian Open at the age of 33, and many expected this to be the year he finally caught up with Nadal’s 19 and Federer’s 20 Grand Slam titles. But a series of misjudged calls has dealt a massive blow to his year. 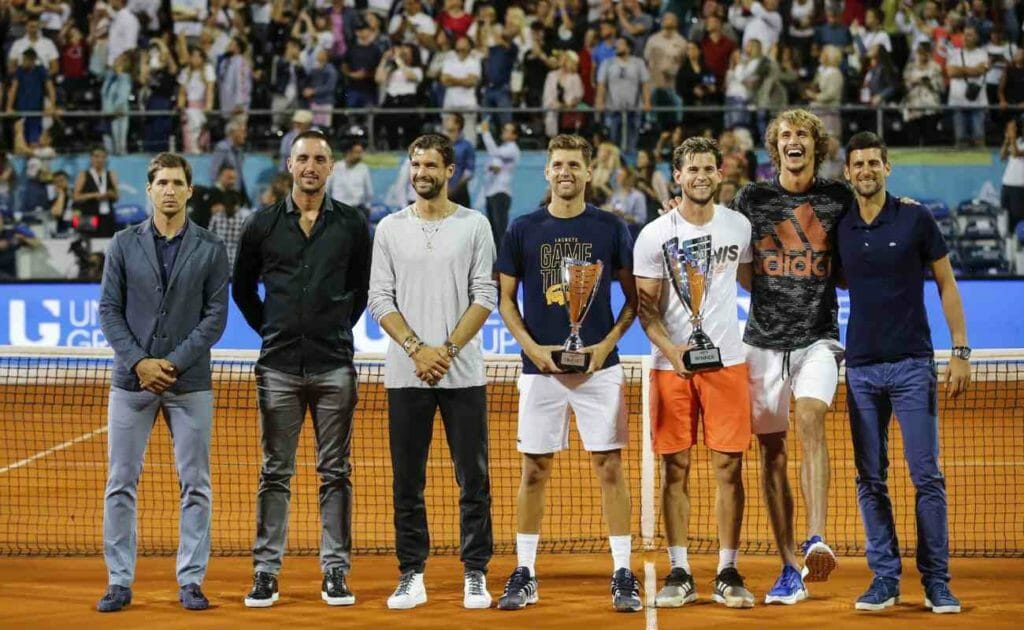 In the midst of the global pandemic, Djokovic organized the Adria Tour — a tennis tournament held in a number of cities across the Balkans. The Tour included some of tennis’ biggest names, such as Dominic Thiem, Alexander Zverev, Grigor Dimitrov, Borna Coric, Marin Cilic, and Viktor Troicki.

Many were skeptical about the Tour taking place in June while other sports were still on hold due to COVID-19. However, this skepticism soon turned to outrage and disbelief as a lack of health protocols and social distancing were observed. Fans in attendance were not wearing masks and players hugged and shook hands with each other after games; players were even filmed dancing and hugging in a nightclub.

Grigor Dimitrov was the first player to publicly announce that he had tested positive for COVID-19. This was followed by Borna Coric and Viktor Troicki, Djokovic himself, and his wife Jenna. This lead to the tour being canceled, and many sports pundits and fellow professional tennis players (past and present) called out Djokovic’s questionable decision to host the event in the first place.

The night before the US Open, the Serb stepped down as president of the ATP Council. His decision was based on his leading role in creating the Professional Tennis Players’ Association (PTPA), a breakaway tennis association made up of players only.

This move was not received well across the tennis world, with Federer, Nadal, and Murray all publicly voicing their disagreement, particularly given the challenges that all sports have faced this year. The PTPA also appears to be made up solely of male tennis players, which has caused outrage across the sporting industry. 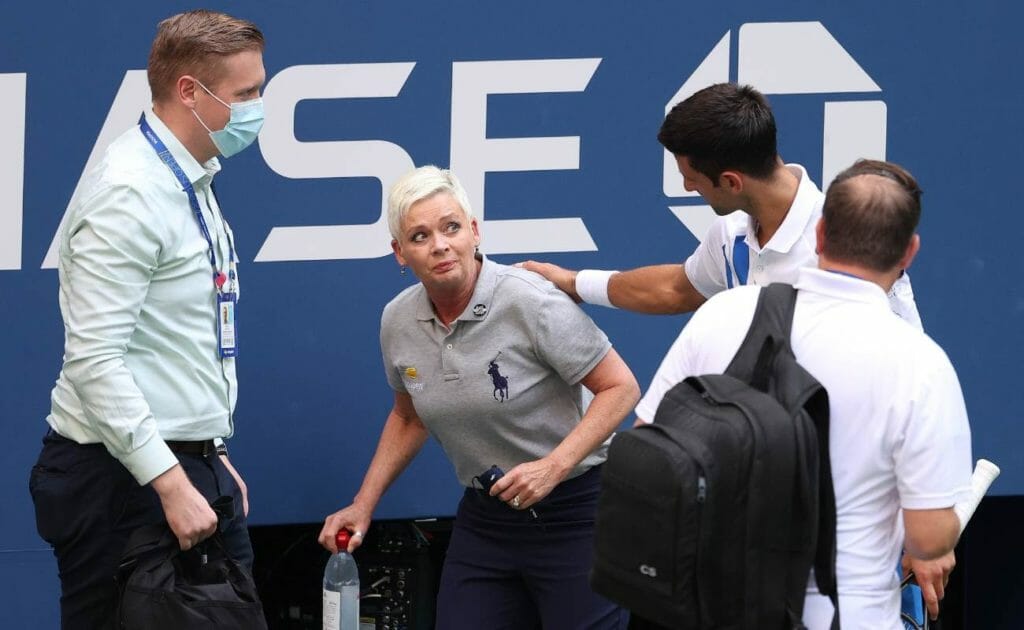 There were problems before Djokovic even accepted the invitation to the US Open. He publicly criticized the strict health protocols (like the fact that players needed to go through a quarantine process in order to participate), which was seen as unwise after the Adria Tour debacle. He took an unusually long time to agree to play in the tournament.

On Sunday, September 6, Djokovic lost the 11th serve of the opening set against Pablo Carreno Busta. Out of frustration, Djokovic hit a ball toward the fence, which unfortunately struck a female line judge in the throat. After she made it clear she was hurt, Djokovic immediately rushed to check on her.

Ultimately, his actions were seen as dangerous and he was disqualified from the tournament. To make matters worse, Djokovic refused to attend a press conference after the incident and immediately left the vicinity. The public jury is out on whether it was the right call, as many pointed out that he didn’t mean to hit the line judge. Nevertheless, his US Open run is over.

He did apologize on social media later on, but many in the tennis world see this as a gesture that comes  too little, too late from a man who has made his fair share of bad judgment calls this year.

How does this affect US Open betting odds?

Up to date betting odds with BetMGM

At BetMGM, we are always on the ball when it comes to betting odds and you can trust that all of our online sports betting selections are updated as events unfold.