Coming off an ACC tournament win in their 2018-19 season, the Duke team and long-time head coach Mike Krzyzewski have put up a pretty decent regular season, currently standing at third in the ACC. A strong performance is expected from Duke basketball in the conference tournament, but will it be enough to secure their spot in the March college basketball tournament? While a team’s performance in the regular season and the postseason tournaments counts a lot to their seeding and potential for the March college basketball season, the format of the tournament means that anything could happen. 68 talented and motivated teams competing in a single-elimination style tournament for the title of National Champion, means that a poor performance on the day could mean the end of a good run or even a trip home in the first round. Luckily for fans and players of the Duke basketball program, the team has been putting up consistently good performances and have been proving that they are a force to be reckoned with in the upcoming tournaments. With a current record of 23-5 in the regular season and 13-4 in the ACC, Duke has a little work to do in cleaning up their performance to make it to the top of their conference during the postseason.

The Duke team finished off their 2018-19 season 32-6, 14-4 in the ACC, to finish second on the log in their regular season. They managed to secure their 21st ACC tournament championship title during the conference tournament and went into the Division I men’s college basketball tournament as the 1st seed in the Eastern region. The run was a promising one, as they made it all the way to the quarter final, beating out North Dakota State, UCF and Virginia Tech in the early rounds, only to lose to the 2nd seed to Michigan State before the last four teams played. Their regular-season wins have been with good score leads and they even put up a good win against Florida State, the current leaders on the ACC rankings, by beating them 70-65. There have been some troubling moments too with a few losses to some middle-of-the-pack teams such as Clemson where Duke went down 72-79. Fans shouldn’t be too worried though, as Duke has won the National Championships 5 times in the past, which ties them in 4th with Indiana in overall wins and have made 11 championship games (3rd all-time). They have also made it to the last four teams in the National tournament 16 times in from 1986 up until as recently as 2015. Duke has got a record .755 (National best) winning percentage in the tournament and eleven of the team’s basketball players have been named National Player of the Year and 71 of their players have been selected for the NBA draft. The team is a rolling stat ball that keeps on putting up decent numbers across their 19 ACC regular season titles, and 21 Atlantic Coast Championship titles. They have finished the season ranked 1st in the AP poll seven times and are the all-time leader in total weeks ranked as the number one team in the nation by the AP with 135 weeks. 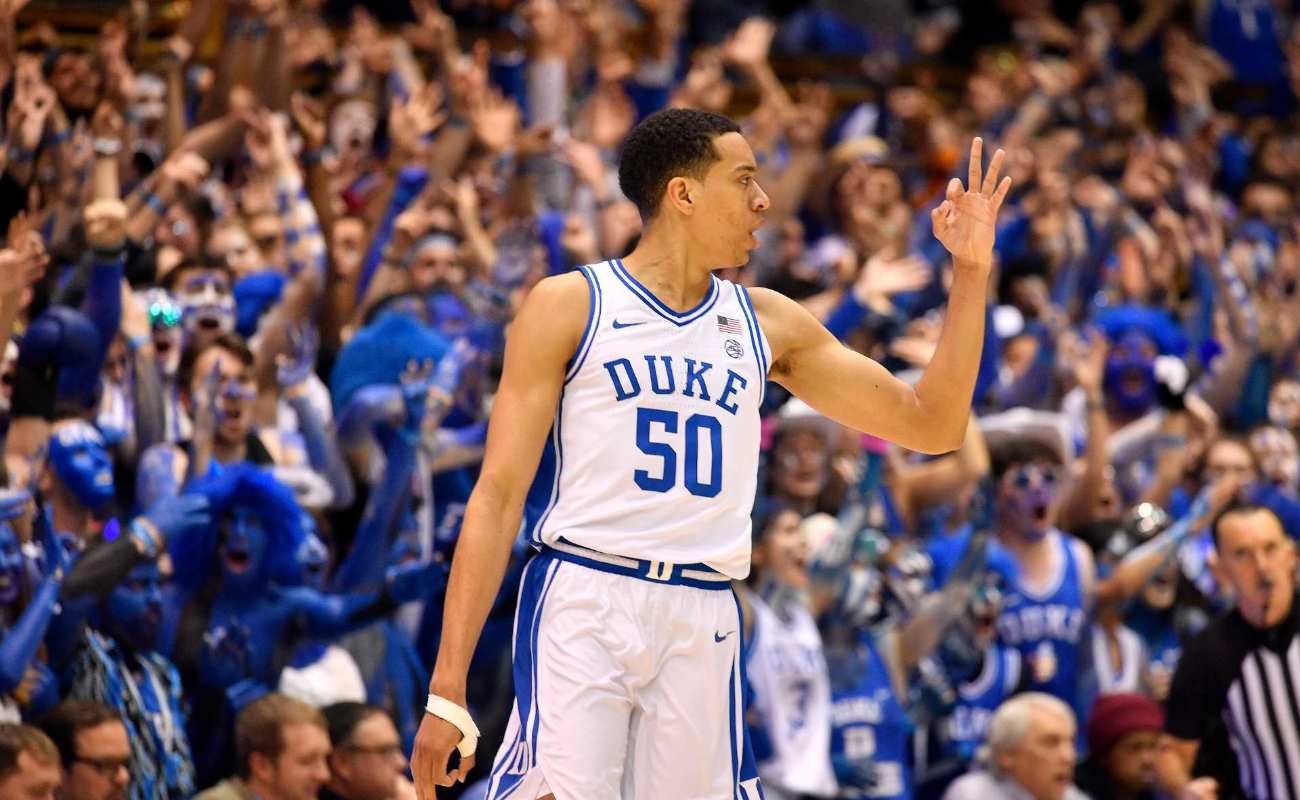 The roster for Duke’s men’s basketball team going into the postseason and leading up to the March college basketball tournament looks like this: 0 Wendell Moore – F 1 Vernon Carey Jr. – C 2 Cassius Stanley – G 3 Tre Jones – G 12 Javin DeLaurier – F 13 Joey Baker – F 14 Jordan Goldwire – G 15 Alex O’Connell – G 21 Matthew Hurt – F 30 Michael Savarino – G 41 Jack White – F 45 Keenan Worthington – F 50 Justin Robinson – F 51 Mike Buckmire – G One of the star players of the roster is their number 1 center Vernon Carey Jr., who leads the stats sheet in points, rebounds and blocks. With a stellar offensive and defensive record, expect to see him all over the court as he looks to improve on those numbers before the end of the season. Next up on the watch list is team captain and assists/steals leader Tre Jones. Teamed up with Carey, the duo has put up impressive points that have carried Duke to some blowout wins. When Jones is on form he is a force to be reckoned with, and you can expect clutch moments and buzzer-beater plays. From the 3-point line keep an eye out for Joey Baker and Matthew Hurt, who have been putting up increasingly better numbers and making some incredible shots. You can’t really go wrong with a roster like this, so keep an eye out for Duke when you are making your predictions and filling in your brackets. 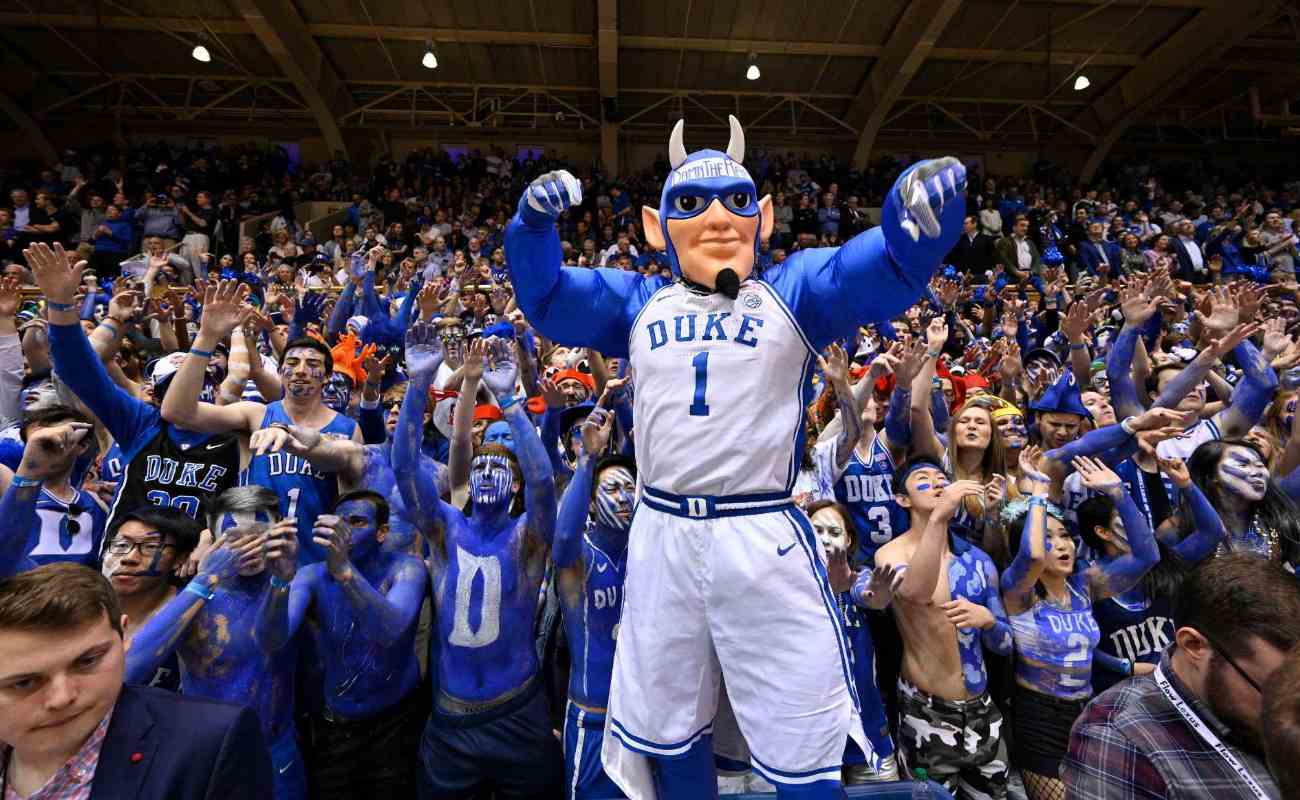 The Atlantic Coast Conference seems to lack the depth it used to, and the middle of the pack doesn’t seem to pose much of a challenge for the top 3 ranked teams in the current regular season. Whether or not that translates to the conference tournament remains to be seen, but as it stands with Duke sitting comfortably in 3rd place in the ACC, fans and sports bettors can remain optimistic that the team will perform for them on the day. There have been a few minor hiccups along the way in the 2019-20 regular season, with losses recorded against some of the lower-ranked teams that should have been easy wins for Duke on paper. Despite putting up solid numbers throughout the game against Clemson, Carey and Jones couldn’t quite carry the Devils to the win. Clemson snatched up the victory going 79-72, which put an end to the 9 game win streak leading up to it. The same happened against NC State when, despite the 27 points and 12 rebounds put up by Carey, the team couldn’t manage to close out the game with a win. The game ended with NC State beating Duke 88-66 in a surprisingly convincing loss that shook the stats pages a bit just 5 games before the end of the season. To make things seem a little shakier, Duke went down to Wake Forest (14th in the ACC) in overtime, losing 113-101. These losses indicate that there are some rough edges to Duke’s basketball program that veteran coach Mike Krzyzewski might want to investigate and smooth over if they hope to make it all the way in the single-elimination March college basketball tournament. Despite these losses the team has put up some impressive wins this season too, and with a record of 13-4 in ACC play, there are high hopes for Duke to put on a good performance. With 21 conference championships under their belt already, there is no reason why this roster can’t secure that automatic bid and make their way to the championship game in the National tournament. The season isn’t over just yet though, and the Duke men’s basketball team has a chance to pad their numbers going into the conference tournament with 3 games left on the schedule. Still on the list of teams to beat is Virginia, NC State and conference rivals UNC. How they perform in these matches will be a good gauge of what to expect in the upcoming conference tournament. Duke hasn’t lost to Virginia or to UNC this season, but they are out for revenge against NC State who won the last matchup between these teams 66-88. Duke basketball fans, and sports betting fans, will want a strong finish from the team if they want to end up in the brackets and predictions for the March college basketball tournament.

A Couple of Numbers to Sum Up 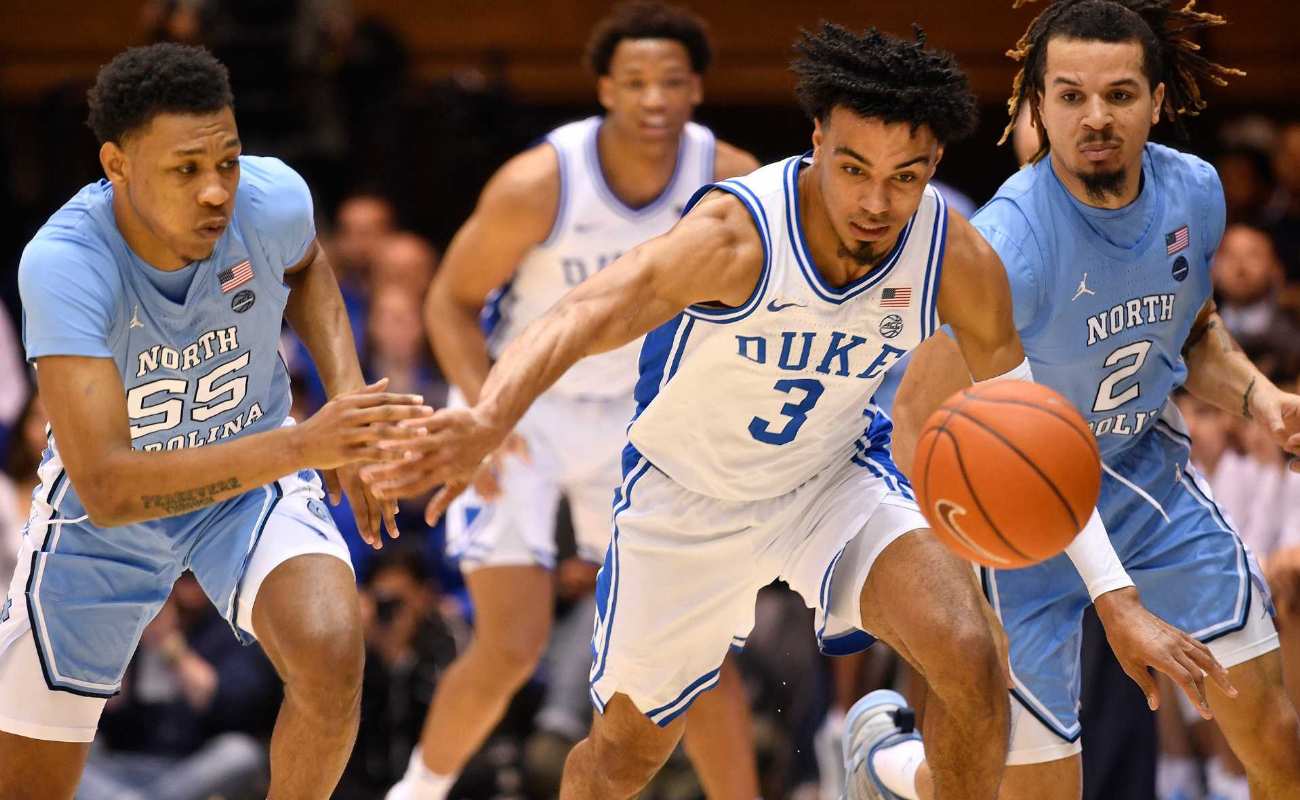 Since 1980, Mike Krzyzewski has been the driving force behind the success of Duke’s basketball program. Here is a list of just some of his achievements as head coach, and reasons why you should consider Duke as a power pick for the 2020 college basketball tournament. His many accomplishments include: · 5 National Championships – 2nd most all-time. · 12 times to the last four teams (most since 1984-85) as well as 5 in a row from 1988 to 1992. · 15 times in the last eight teams. · 23 times in the last sixteen teams and 9 in a row from 1998-2006. · 33 National tournament berths. · 91 National tournament wins – most all-time. · 13 No. 1 seeds. · 25 Conference titles. · 14 30-win seasons. · 32 20-win seasons. · 14 Consensus first-team All-Americans. · 11 NBA top-10 picks. · 23 NBA Draft first-round picks. · 1071 career wins. If you are a Duke basketball fan, or a sports betting fan looking for a team to back throughout the March college basketball Season, then consider picking them for the last four teams in your bracket. If you would like to follow the action and play along with the tournament, then why not check out our March college basketball season page at BetMGM? With us you won’t miss a second of the action.