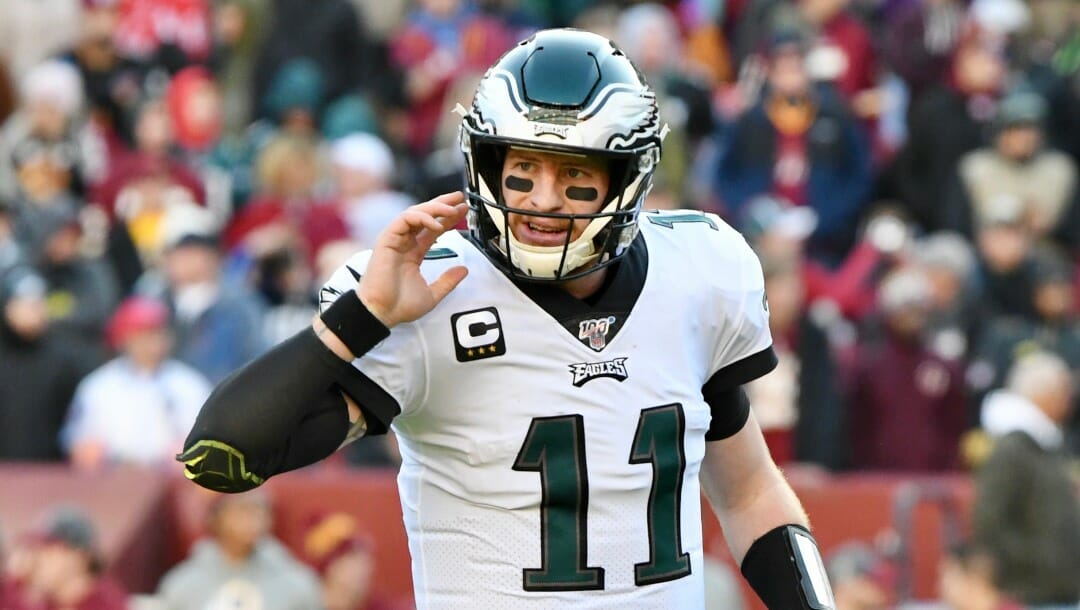 On March 20, 2020, two and a half months after allowing 325 passing yards on only 18 completions in a Wild Card loss to the Seattle Seahawks, the Philadelphia Eagles acquired Darius Slay in a trade with the Detroit Lions. Slay had a down season in 2019, his seventh in Detroit, and wasn’t great in 2020, but was still an upgrade to a deteriorated secondary that ranked 21st in coverage in 2019 (Pro Football Focus).

One year later, the Eagles still need cornerback help. And unlike last year when – even after Slay’s $50-million extension one day after the trade – general manager Howie Roseman was flush with salary cap space, he doesn’t have any money this year. As of Feb. 22, the Eagles are $41.5 million over the projected cap for 2021. They don’t have money to sign one of the top cornerbacks in free agency, nor do they have money to acquire a highly paid cornerback. The biggest reason: the biggest dead cap hit in NFL history.

Included in the four-year, $128-million deal Wentz signed in June 2019 were prorated signing bonuses for each of the four years of the deal:

Those bonuses were already paid but prorated to the cap over the four years to lower Wentz’s annual cap number, meaning they would’ve counted against the Eagles’ salary cap for each year regardless of release or trade. With Wentz traded to the Indianapolis Colts, the Eagles will have $33.8 million in dead money for 2021.

“Roseman will surely rationalize the trade with both points whenever he does speak on the subject. But doing so would be akin to building a factory, burning it to the ground, and pointing to the ashes as a best-case scenario,” Jeff McLane of The Philadelphia Inquirer so eloquently wrote last week.

Inside the building: Nearly 20 percent of the 2021 salary cap. The cap was $198 million in 2020 and had increased by at least $10 million in each of the last seven years. Under normal circumstances, the 2021 cap would’ve been in the ballpark of $210 million. Instead, after COVID-19 wiped out a projected $5.5 billion in NFL revenue–agent Leigh Steinberg told Sportico in November–the salary cap is expected to be approximately $180-190 million.

How much is $33.8 million worth in 2021? Hypothetically, if the Wentz deal never happened or structured differently and the Eagles had $33.8 million in cap space to bolster this year’s roster, how might they spend it?

They might spend it on cornerbacks … plural … to improve a unit that ranked 29th in coverage last season (Pro Football Focus). Maybe receivers … again, plural … or an offensive tackle for an aging offensive line, tight end, linebacker, or literally any other position. Here are five potential free agency and trade scenarios, most of which come with the caveat of an unknown cap situation in 2022 and beyond:

If they acquired Gallup, a free agent after the season, from the Dallas Cowboys, the Eagles could immediately sign him to a long-term extension as they did with Slay last year or wait.

Bobby Hart signed a three-year, $16.15-million contract with the Cincinnati Bengals in 2019 and will be an unrestricted free agent after the 2021 season.