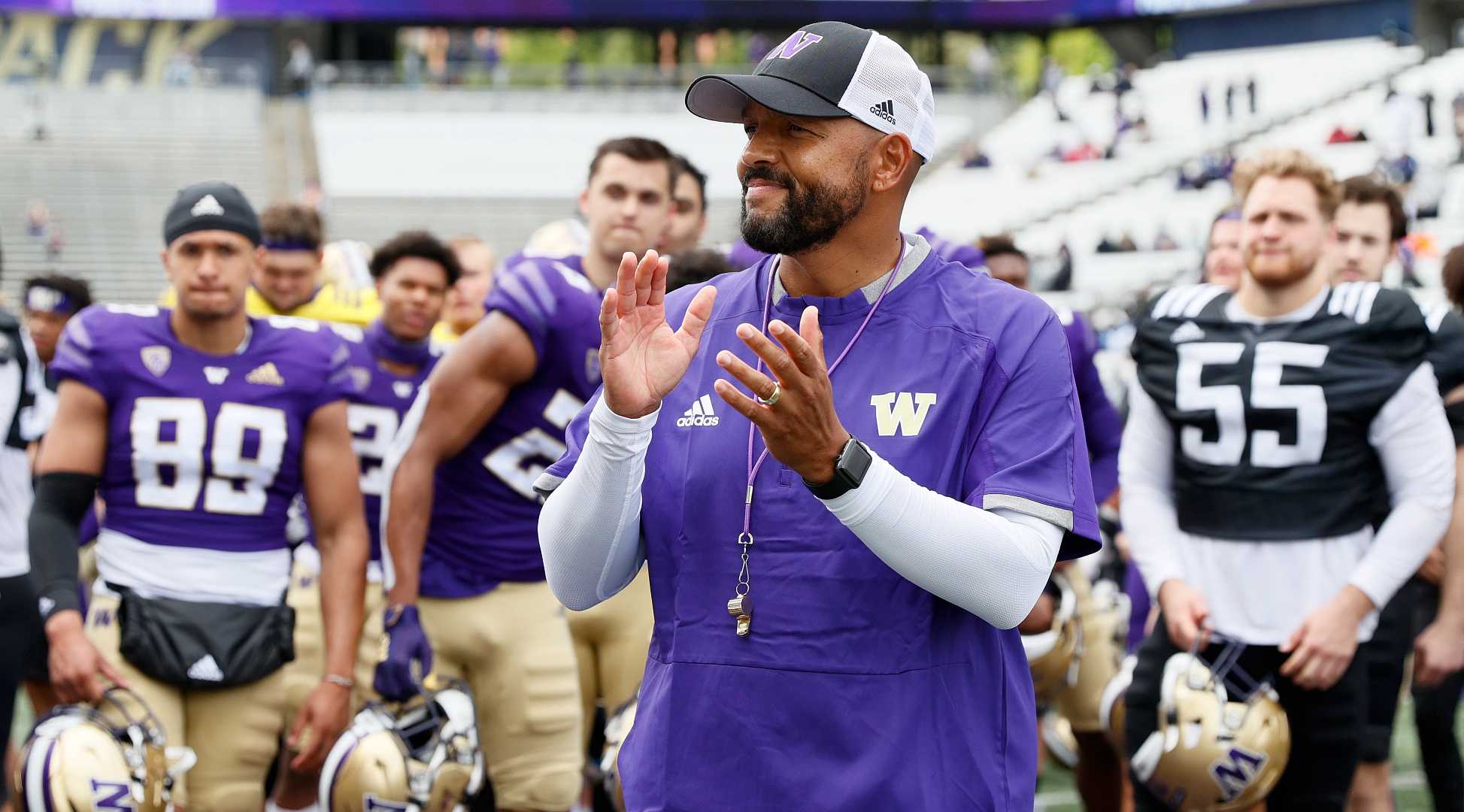 The Buckeyes haven’t lost multiple games in a season since 2017. This year, not only are they expected to be a national title contender again, but they also have the 10th easiest schedule out of Power 5 teams, according to ESPN’s strength of schedule rankings.

What other P5 teams have easy schedules, and how does it reflect on their projected win totals? Here are the 10 weakest slates, per ESPN.

Ohio State hosts Oregon in a must-see game during Week 2. It’s one of three home non-conference games for the Buckeyes, and the other two (Tulsa and Akron) will be over by halftime.

The betting odds suggest Ohio State won’t get challenged in Big Ten play. The Buckeyes are currently -225 to win the conference title, while Wisconsin is +650 and Penn State is +800. Ohio State doesn’t play Wisconsin this year and gets Penn State at home.

Illinois faces low expectations, per usual, heading into this season. But looking at the over/under of 3.5 wins, the Illini could get to three by early October. Non-conference home games against UTSA and Charlotte are winnable, and a Sept. 25 game at Purdue is 50/50.

The rest of the schedule, including an away game at Virginia, wouldn’t strike much fear inside the locker room of a good team. But the struggles are real for Illinois, and finding a fourth win isn’t easy.

Stanford’s schedule actually isn’t too bad. It doesn’t play a Group of 5 or FCS team in the non-conference and takes on Kansas State, Vanderbilt, and Notre Dame. Vanderbilt is struggling, though, and K-State is average. Factor in the Pac-12 Conference is the weakest of the P5 leagues, and it’s no surprise to see Stanford in this ranking.

The Blue Devils aren’t exactly challenging themselves in the non-conference, going to Charlotte before hosting FCS North Carolina A&T, Northwestern, and Kansas. Northwestern, expected to finish in the middle of the Big Ten pack, should be a competitive game.

Duke avoids Clemson in the ACC schedule, but it also doesn’t play Syracuse, who the Blue Devils are tied with for worst odds to win the conference title.

The Beavers go to Purdue and then host Hawaii and FCS Idaho in their non-conference schedule. Five of their nine Pac-12 games are on the road, including Oregon and USC, two of the projected top three teams in the conference.

Washington State plays two Group of 5 teams (Utah State and BYU) and an FCS opponent (Portland State) in its non-conference. The Cougars have to go on the road for its two toughest opponents, Oregon and Washington. But they do get their two easiest Pac-12 opponents, Arizona and Oregon State, at home.

Northwestern has an easy out-of-conference slate of games. The Wildcats face FCS Indiana State, a Duke team projected to finish last in the ACC, and Ohio, who has hovered just above .500 in recent years out of the MAC. With no Ohio State or Penn State in conference play, Northwestern has a good shot at a winning record.

Utah has a good opportunity to go 3-0, or at the very least 2-1, in the non-conference, meaning a 6-3 or 7-2 record is needed in the Pac-12 standings to hit the over on total wins. Utah has the fifth-best odds to win the conference title.

The Sun Devils have big expectations heading into 2021 with over/under wins set at 8.5 and the fourth-best odds to win the Pac-12 championship. They host UNLV and FCS Southern Utah before going to BYU.

In conference play, Arizona State avoids Pac-12 favorite Oregon, goes to the projected No. 2 team Washington, and hosts the No. 3 team USC.

You know, for having the weakest schedule out of the Power 5 teams, Washington has a solid non-conference slate. The Huskies take on FCS blue-blood Montana, go to Michigan, and host an Arkansas State team that went 8-5 in 2019.

Of course, a strong FCS team still has 22 fewer scholarships, Michigan is a mess, and Arkansas State took a step back in 2020 with a 4-7 record. And then, when it comes to the rest of the games, there’s a reason this list of easiest P5 schedules is filled with Pac-12 squads.