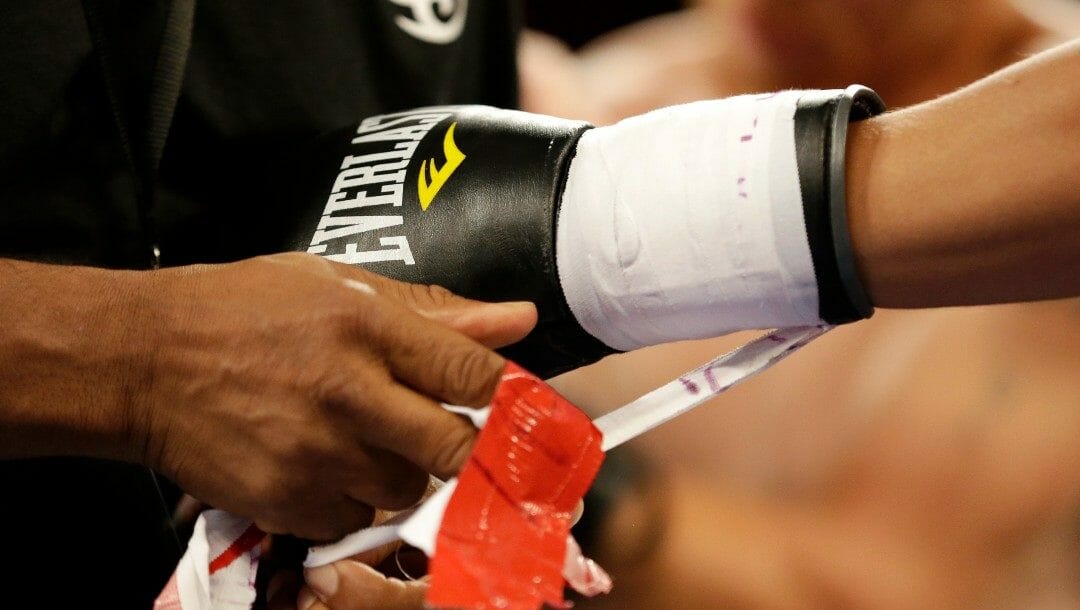 Emmanuel Tagoe will be appearing in his third fight on American soil as he faces one of boxing’s up-and-rising stars, Ryan Garcia, in a 139-pound catchweight bout for 12 rounds, where he is the underdog in the boxing odds.

Before we dive into his history fighter, here is a look at his professional career numbers, which often made him a boxing betting odds favorite with bettors.

Emmanuel Tagoe’s next fight is against Ryan Garcia on Saturday, April 9, inside the Alamodome in San Antonio, Texas.

The 33-year-old was born in Ghana and despite standing just 5-foot-8 and 135 pounds, he’s had a ton of success.

Tagoe made his professional debut all the way back in 2004 when he fought Lante Addy in Ghana.

Tagoe didn’t have a dream start to his professional boxing career after he dropped his debut match in 2004 to Lante Addy via fourth-round TKO, but since then he’s gone undefeated in his next 32 fights, including 15  by way of stoppages to earn his opportunity against Garcia.

The 33-year old has been a mainstay in the African boxing circuit, where he earned his stripes by becoming a champion in the region.

With nine straight victories from 2004-07, Tagoe competed in his maiden championship shot at a title when he faced Abdul Malik Jabir for the Ghanaian Featherweight Title. He got the victory through a 10th round technical decision.

After finding success in Ghana’s boxing scene, he has catapulted himself onto the regional stage and started collecting more championships beginning in February of 2010, where he claimed the vacant WBO Africa Super Featherweight Title against Thomson Mokwana in a masterful unanimous decision victory.

Tagoe picked up his first major international title in 2012 when he outlasted George Ashie in their WBA International Lightweight Title showdown in his home country via majority decision.

His U.S. debut happened in August of 2013 when he fought Gerardo Robles and successfully bagged the vacant IBF Inter-Continental Super Featherweight title.

The biggest win for the Ghanaian was his latest fight against Mason Menard in November of 2020, with a majority decision victory to re-introduce his name to American boxing fans.

Although he was criticized for his not fan-friendly style of backpedaling during fights and picking his right shots through swift counter punches, the pace enabled him to win 32 straight wins.

Tagoe, who has +800 boxing odds, will be looking to use his quick footwork against the younger Garcia.

If the veteran can control the match’s pace much like what he did in his previous bouts and avoid the power shots from Garcia, he could potentially engineer a massive upset over the heavily favored opponent.

To several fans and pundits, Tagoe might just be a warm-up fight for Garcia’s return and shake off the ring rust he has due to age and lack of competition.

Still, the 33-year old is not a pushover because he could use his wealth of experience against the rising star.