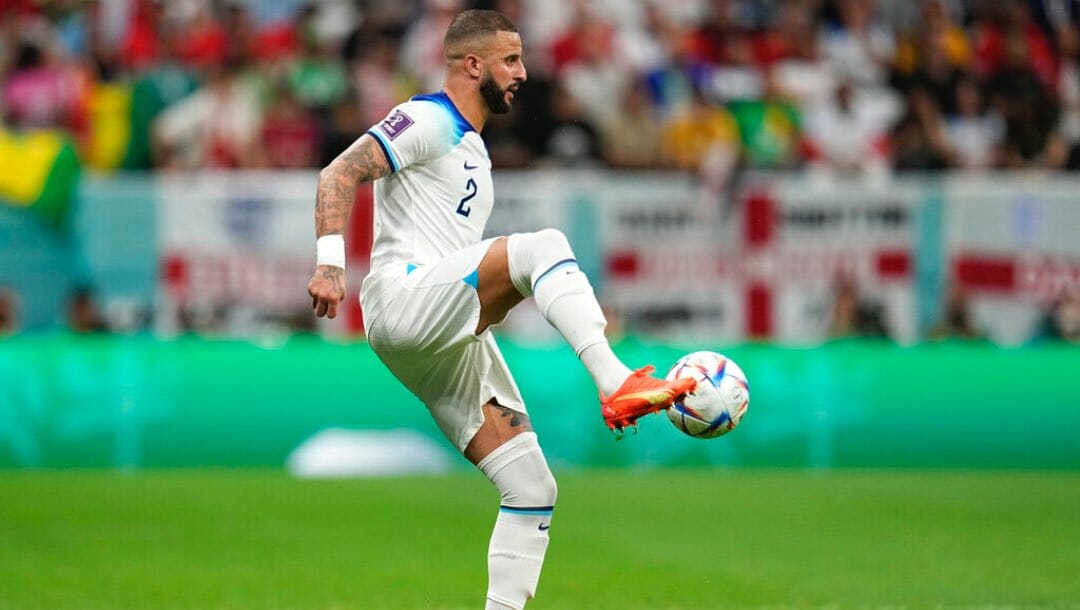 England vs. France is the highlight match of the 2022 FIFA World Cup quarterfinals, as both are favorites to win it all.

Of course, France is the current world champion, while England hasn’t lifted a major trophy since 1966.

Can France win this game on the way to becoming the third-ever country to win back-to-back World Cups? Or will England prove doubters wrong and continue their run in the tournament?

The winning team model predicts France will win this quarterfinals game with 33% confidence. The model also predicts a 42% chance of a tie/draw in regular time.

Staying focused ahead of France 👊 pic.twitter.com/nO1o05Ik7T

England has beaten some solid opponents in the tournament so far, but this team hasn’t faced a team of France’s caliber. However, the Three Lions will come into this game with confidence, having been impressive throughout the tournament.

Gareth Southgate has received a lot of criticism for his selections at times, but he’s proved himself in this World Cup. There are a few areas on the pitch where Southgate’s team has the talent and balance to overcome the French.

The first of France’s weaknesses comes in the form of the full-backs.

Theo Hernández and Jules Koundé have looked shaky on the flanks, and they don’t get any support from forwards Kylian Mbappé and Antoine Greizmann. The likes of Bukayo Saka, Phil Foden, and particularly Luke Shaw, should target this area with their pace and pressing.

The next challenge is in midfield.

The pair of Adrien Rabiot and Aurélien Tchouaméni have been excellent in attack, but they are often caught flat-footed on the counter. Southgate must use players like Jude Bellingham for progressive passes through the two midfielders.

Then, there’s the small issue of shackling Mbappé without freeing up France’s other attacking players. Kyle Walker will be up for the challenge regarding Mbappé’s speed, but I think Southgate will probably have to make some tactical tweaks here.

A switch to a 3-4-3 system might be England’s best bet, with Kieran Trippier around to support Walker when needed

Didier Deschamps will be aware of England’s weaknesses, too.

England’s worst game of the tournament came against the USA, and if France can play with the same speed and aggression, they should have some success.

Deschamps needs to deploy a midblock that will help Les Blues break down the progressive passing from England’s defense to their attacking midfield players like Bellingham and Foden. The Three Lions struggled to string together passes in the midfield against USA’s aggressive style.

Overloading the defense with speed could also be a good tactic for France. Harry Maguire has had an excellent tournament, and he’s a great enforcer, but he can be slow and clumsy under pressure. He’s the best defender for the French attackers to put pressure on and force errors.

There’s a lot of focus on the Mbappé vs. Walker matchup, with good reason. If Walker can keep the Frenchman under control, then France’s main threat is nullified, but that’s much easier said than done.

This will be one of the tournament’s best matches; unfortunately, one of these teams will have to exit.

France is the favorite to win here, and it’s easy to see why. However, I can’t help but feel that England is the more balanced team. The Three Lions have scored 12 goals and only allowed two, one of which was a penalty. France has scored nine goals, but they have also allowed at least one goal in every game so far, which is a concern going up against a team with goals coming from all over the pitch.

This will be an intense game and an excellent one for the neutrals. Ultimately, I’ve finally learned to trust Southgate’s selections, and I think England should win by a goal.