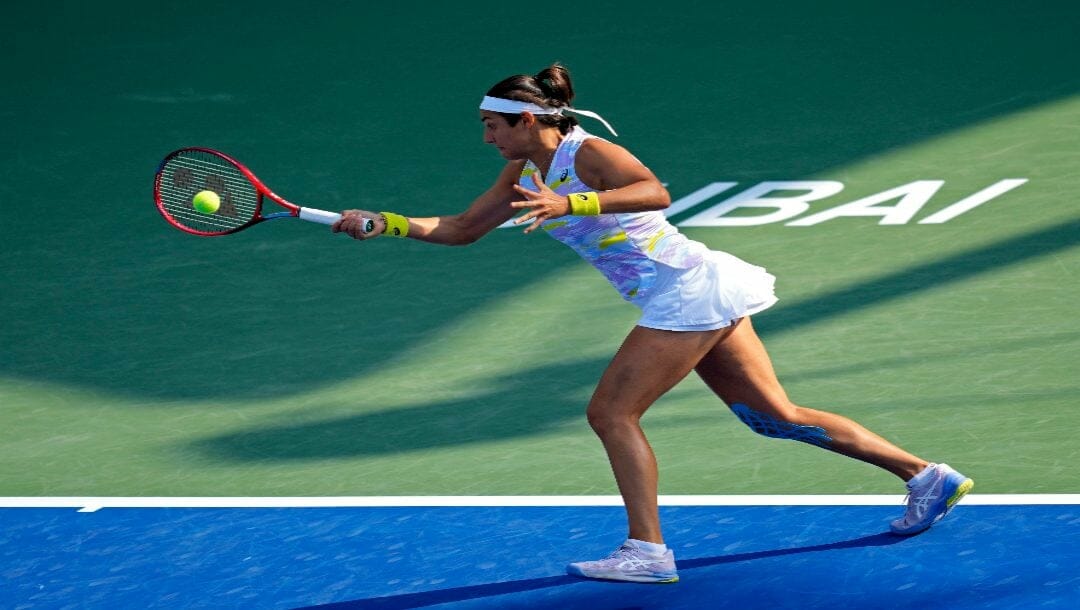 We’re in a bit of a lull in the sports calendar as we count the days between the end of the NFL betting season and NCAA tournament odds leading into the NCAA Tournament.

All we’re really left with is a couple weeks of examining NBA bets today (or even post-break NBA championship odds) and day-to-day NCAA odds.

So if you’re feeling the post-Super Bowl, pre-NCAA tournament squeeze, I’m here once again to remind you that tennis carries an abundance of handicapping opportunities.

This week, the men’s tour is mostly on hiatus after a slew of prominent tournaments in Dubai, Mexico and South America. On the other hand, women’s tennis odds are available and ripe for exploitation.

So, that’s what we’re going to do.

I’m going to highlight a handful of opportunities from the first round of WTA Lyon that I feel are mispriced.

All three of these matches are currently scheduled for Tuesday.

Tennis odds are full of massive money line favorites. All you have to do is take a peek at Rafael Nadal’s odds when the French Open draw is released to see how big some of the numbers can get.

It is a little noteworthy, then, to see the No. 1 seed of any particular tournament handicapped so modestly in the first round. Nonetheless, that’s what we have in the Lyon draw where top-seeded Camila Giorgi is just a two-buck favorite over Caroline Garcia.

Both Giorgi and Garcia are veterans of the tour, with hundreds of matches won and millions in career earnings to their names.

On the other hand, they’ve also been a bit lousy through the first two months of the 2022 season.

Giorgi picked up a pair of top-80 wins in the early rounds of the Australian Open before bowing out to eventual champion Ash Barty, 2-6, 3-6. She hasn’t won a match since, losing in the first round in St. Petersburg and in Dubai.

Garcia probably has the best win of the pair: a straight-sets dispatch of Simona Halep (Rk. 27) in last week’s WTA 1000 tournament in Doha. (She also beat Elena Rybakina and Jessica Pegula in Sydney, both of whom are top-30 players, but that was a full two months ago.)

But Garcia also has the worst loss of the pair, and it came in a fairly high-profile spot. She flamed out of the Australian Open with a first-round loss to American qualifier Hailey Baptiste (Rk. 165), 6-4, 6-7, 3-6.

All that means this matchup is truly a toss-up and difficult to predict. Regular readers and Lion’s Edge subscribers know I place a heavy emphasis on the number in all of my handicaps, and that means returning to the actual price as a decisive factor here.

I suspect Giorgi’s modest price in spite of her seeding is a major clue here toward where you should place your money.

We’ll back Garcia to win on her home soil.

Rus is getting a whole lot of respect here for a 31-year-old player who is a full 10 years removed from her career-high ranking. The -350 price is pure marketplace economics dressed up as tennis odds.

I had Rus written down in my notes as a potential target for this week following an impressive showing against Veronika Kudermetova (Rk. 25) last week. But at -350, that’s far too rich a price for a player who lost to a sub-100 player right before topping Kudermetova.

In a conversation that’s purely about rank, there isn’t much separating Kovinic from Rus. The latter has played more matches so far in 2022, and she’s shown a better ability to play up to top-40 competition. However, at this steep price, the value has clearly swung toward Kovinic.

This should be a competitive match, and if Kovinic wins two or three high-leverage points, the match could swing her way.

I think taking a swing at her +240 price is justified.

However, the safer play here is actually to bet Kovinic +4.5 games on the player spread. This is just way too many games to give the underdog in this spot.

I could see Rus fending off break points and winning something like 6-4, 7-5 in a match that is closer than it looks. In that event, the +240 would be dead, but the player spread would cash just fine. And if it goes to three sets, this thing is basically a lock.

This is just a bad number, plain and simple. Kristina Mladenovic is 0-3 during this year’s tour, including a loss to a Russian player who was ranked outside the top 300 that I’ve never heard of and the WTA doesn’t even have a photo for.

Mladenovic hasn’t won a match since last year and she hasn’t beaten a top-100 player since last September.

At age 33, Zhang’s best tennis is behind her. She lost to an in-form qualifier at Doha last week, but Mladenovic is the sort of player that Zhang beats all the time in order to retain a top-80 ranking.

Zhang is perhaps the best tennis betting opportunity of the first round.