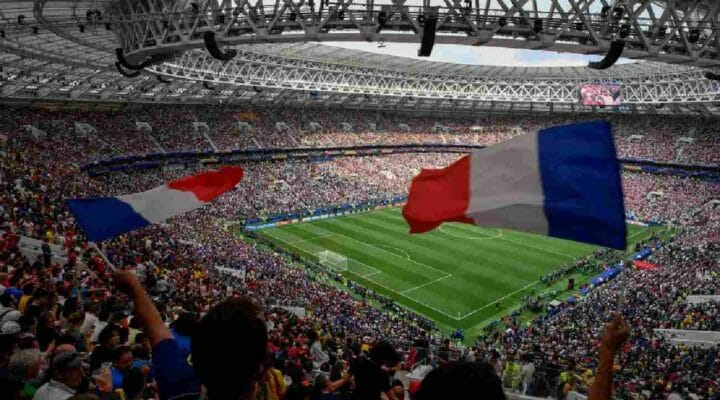 Group F is the Euro 2020 “Group of Death.” With arguably the toughest teams of any of the other groups, it includes current World Cup holders France, defending Euro champions Portugal, ever-dependable Germany, and a hugely improved Hungary.

So, which team is likely to get out the strongest group and into the UEFA Euro 2020 knockout phase? What are the chances of one of these teams winning the Euro 2020 finals? 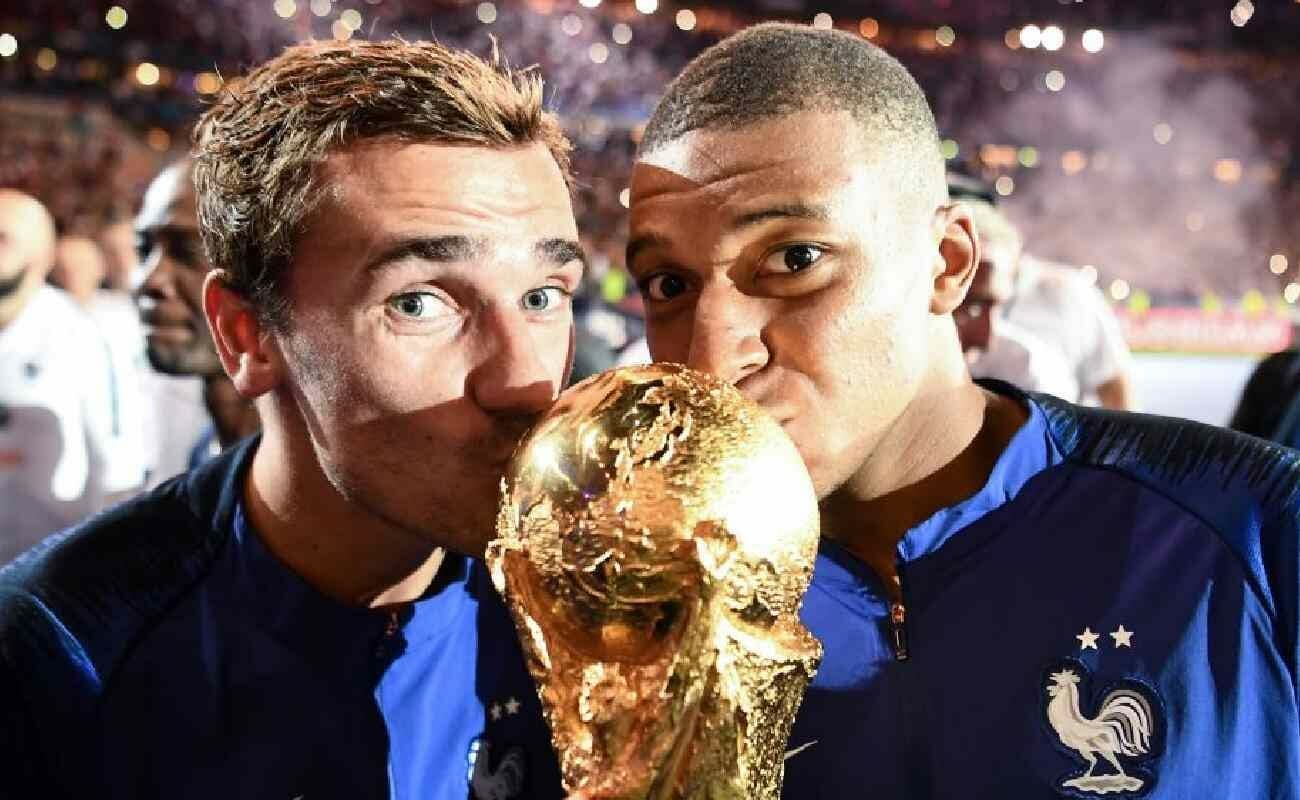 Les Blues have reached five finals in major tournaments and won three of those in the last decade, so it’s safe to say that this is a team that knows how to go all the way. The current world champions would have expected to qualify from any group they found themselves in, but Group F is the worst-case scenario. The sheer quality of the other teams in this group increases the chances of one of the best teams in the tournament going out at an earlier stage than expected.

However, we have a World Cup-winning team on our hands, with very little in the way of weakness. Didier Deschamps has several world-class stars at his disposal, and it’s hard to fault any line within this squad. They have a solid defense, with Raphael Varane at the heart of it, Paul Pogba and N’Golo Kanté to rely on in midfield, as well as Antoine Griezmann and Kylian Mbappé to provide firepower upfront. These names alone make it almost impossible to see France failing at the group stage.

Keep in mind that this is virtually the same team and the same manager that lifted the World Cup in 2018, with the exception that Kylian Mbappé is undoubtedly a much better player than he was three years ago. France has a recipe for perfection with their mix of youth, experience, and world-class quality, and it would be a huge shock if they didn’t qualify from Group F.

It’s almost impossible to choose the key players from a team brimming with so much talent, but let’s start with Paul Pogba in midfield. His season for Manchester United has been hampered through Covid and injury, but when he has played he’s been absolutely sublime. Obviously, N’Golo Kanté is also exceptional, but it’s Pogba’s creativity, calmness, and personality that shine in the middle of the pitch for Les Blues.

Antoine Griezmann has been France’s best and most influential player for the better part of five years, however, he’s taken a backseat to the astonishing exploits of Kylian Mbappé. The forward has matured from an extremely talented teen into an utterly ruthless goal-scoring machine for PSG this season. He has speed, skill, cockiness, confidence, and an eye for goal that is definitely going to light up the Euro 2020 stage for France. 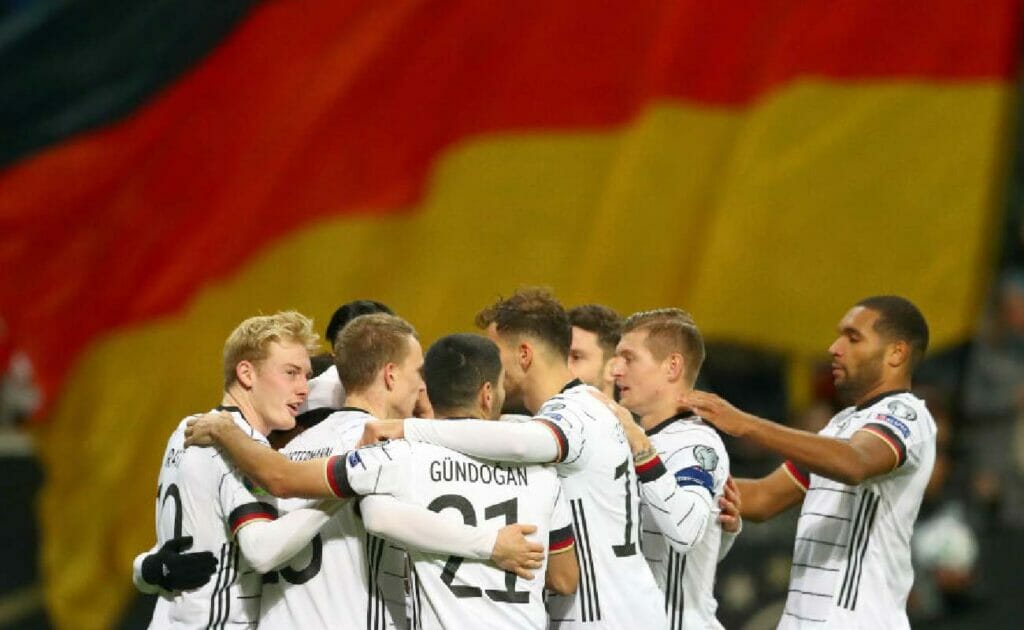 It’s safe to say that Germany’s 2018 World Cup campaign was lackluster at best after they were eliminated at the group stage. They were the outright favorites going into the tournament, and it’s the first time that they’ve been knocked out of a World Cup in such humiliating fashion.
The Germans are known for their clean, efficient soccer, but you’d be hard-pressed to find an inspiring performance over the last couple of years, and they seem to be the most vulnerable to a group exit.

However, Low has made sweeping changes across the pitch and he’ll hope that his talented youngsters like Timo Wener and Kai Havertz – fresh off a Champions League trophy – will have what it takes to establish Germany as a serious contender in world soccer again.

Of course, Low also has the likes of Toni Kroos, Joshua Kimmich, and Ilkay Gundogan to call upon too. Add Leon Goretzka into the fold and you have an extremely strong core at the heart of the German field. Low is likely to stick to the 4-3-3 formation that was so successful in their qualifying campaign.

While Germany has great odds of progressing to the knockout stage, you only need to look at their recent shocking loss to North Macedonia to realize that nothing is certain in this group.

Although he started out at full-back, Joshua Kimmich has transformed into one of the most complete central midfielders in the world. The 26-year-old has huge composure on the ball, he’s able to deliver defense-splitting passes, and he doesn’t shirk on his defensive duties either. Kimmich provided 14 assists in 33 games for Bayern this season, and he has a propensity to hit sweet shots from distance that could make him a valuable asset in front of goal for the Germans.

Timo Werner hasn’t had the season that he expected at Chelsea and whether he turns up at his best for Germany at the Euros could make a big difference to Germany’s tournament. After a haul of 95 goals in 159 games for RB Leipzig, the 12 goals in 50 games for Chelsea seem rather paltry. However, this is a player that has put away 15 goals in 35 caps for his national team and he’ll be looking to prove a point. If Werner pitches up ready to play at his best, then he could be the difference-maker for his team. 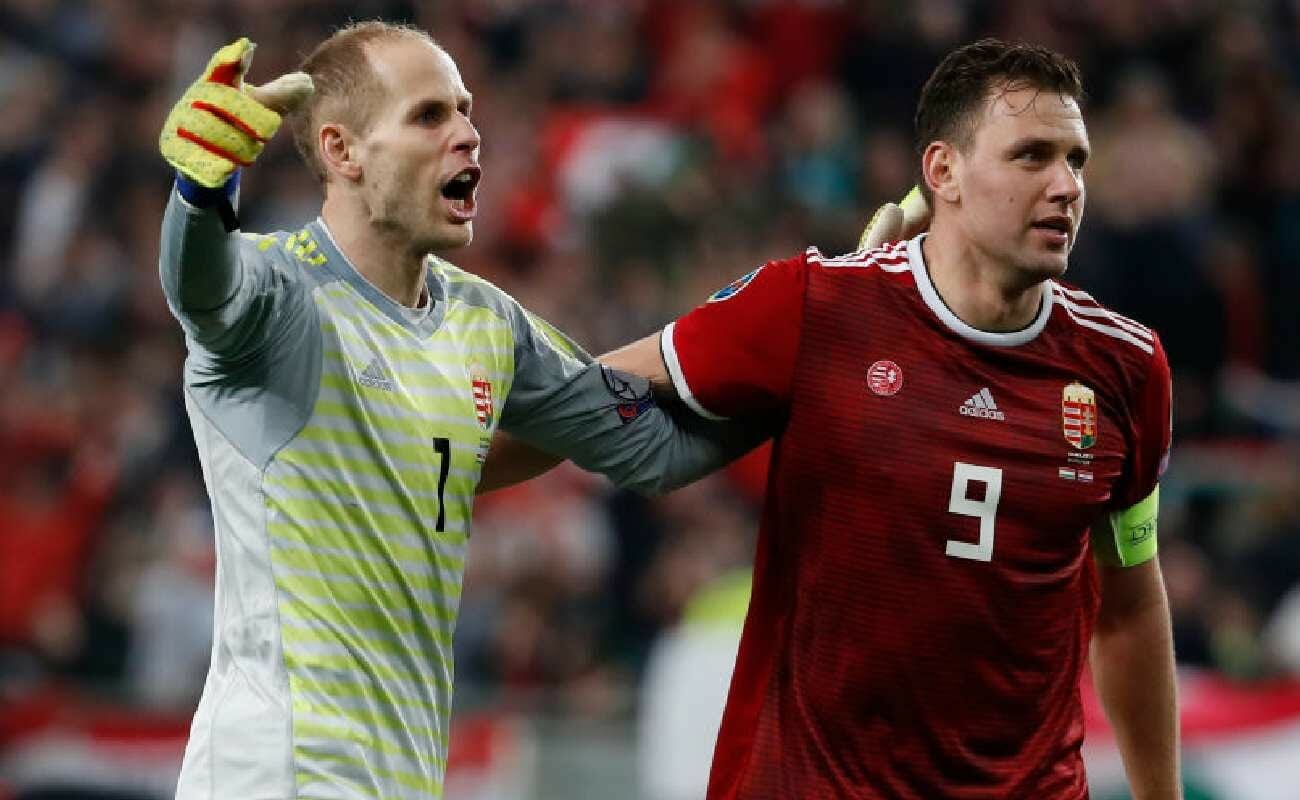 Hungary were once a major force in international soccer, and they have a manager in Marco Rossi that is trying to get them back to their glory days. Unfortunately, they have been handed the hardest group draw that they could have imagined.

Nevertheless, Rossi has some seriously talented players to choose from and they should be capable of making every game a tough one. Notably, they’ll be without the massively important RB Leipzig striker Dominik Szboszlai, who has been ruled out through injury and will be a huge miss for the Hungarians.

This is a team that has been dealt a cruel hand in that they will be facing three tournament favorites, however, don’t expect them to be dominated in all of the matches. In Peter Gulacsi, they have a world-class goalkeeper, and Willi Orban is a solid, experienced center back. Expect moments of quality from Hungary – they are very capable of springing an upset on their superior opponents. Ultimately, it’s unlikely that Hungary is going to make it out of the “Group of Death,” but hopefully, it will provide a platform for growth in the coming years.

Peter Galusci is one of the world’s best keepers. He’s known for his athletic shot-stopping and being proactive off of his line. He has anchored the goal at RB Leipzig for six years now and as vice-captain of Hungary, he is a key component for his national team. His leadership will be invaluable in keeping his team focussed, while his goalkeeping abilities will go a long way in helping to keep Hungary’s hopes of progressing to the knockout stage alive.

If you’re looking for technical proficiency, composure, and stability in a center back, then Willi Orban is your man. The 28-year-old is about to reach the 200 game mark for RB Leipzig and he will play a vital role in trying to keep opponent strikers as quiet as possible. He has extraordinary aerial abilities, which means he’ll confidently do battle with the likes of Ronaldo, Giroud, and other opponents that they are going to come up against in Group F. 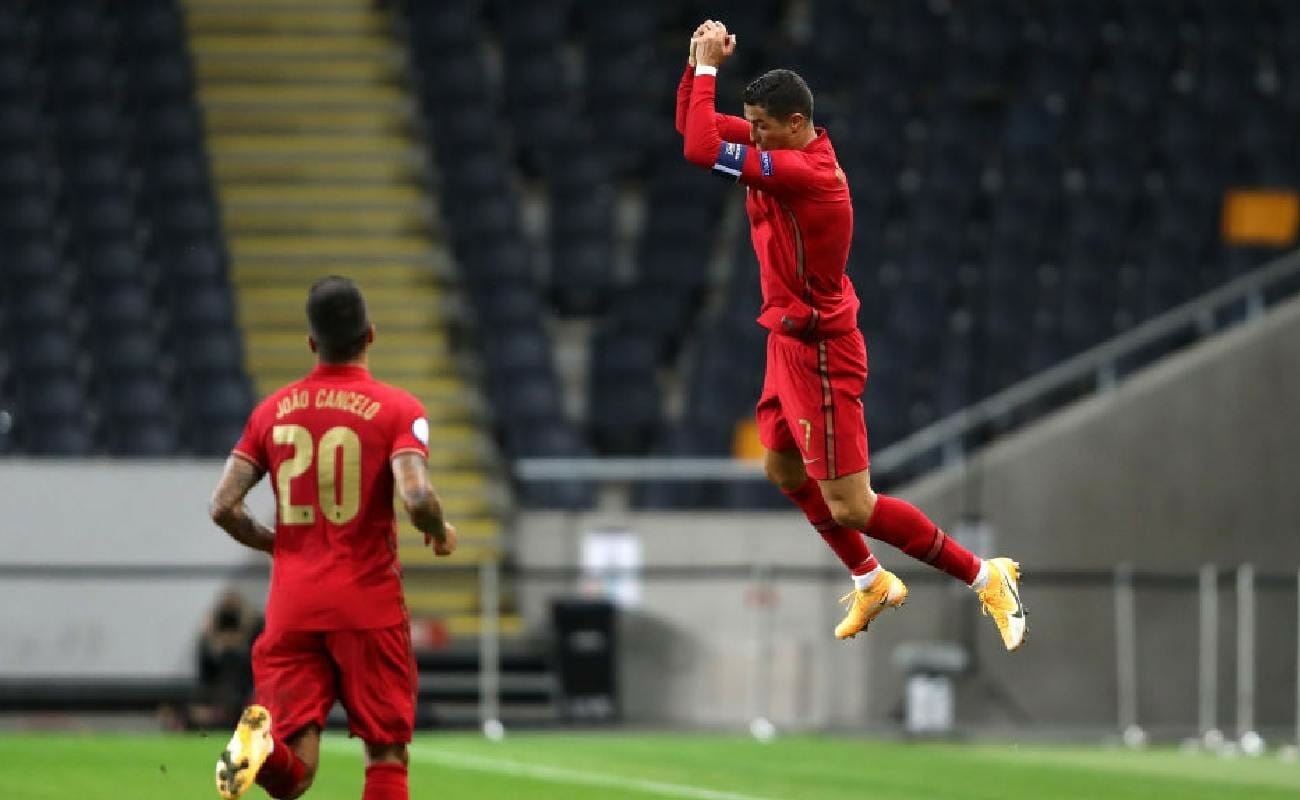 The Selecao ended their agonizing wait for an international title when they beat France to the Euro title five years ago. They do have an enviable record in this competition, having reached the quarter-finals in every one since it was restructured in 1996. They also reached three semi-finals and two finals in that time.

Portugal were dumped out of the 2018 World Cup in round-of-16, but quickly put their woes behind them by winning the 2019 Nations League. There might not be as much hype about this team as there has been in recent years, but Santo still has some of the world’s best players to call upon.

Naturally, Cristiano Ronaldo is the first name that many will associate with the team and despite being 36-years-old, he is still one of the best strikers in the game. He brings his undeniable skills to the tournament, but perhaps equally as important is the major tournament experience and winning mentality that comes along with him.

Despite being behind Germany and France when it comes to odds of progressing to the knockout stage, Portugal still have several high-quality players like Joao Cancelo, Ruben Dias, Bernardo Silva, Diogo Jota, Joao Felix, and Bruno Fernandes. This is not a team that should be written off at this early stage.

Ruban Dias has been monumental at the back for Manchester City this season and he has kept some of the world’s best strikers extremely quiet. He is calm in possession, quick on the uptake, defends on the front foot, and makes the perfect partner for the more experienced Jose Fonte to depend upon.

Bruno Fernandes may have only scored two goals and four assists in 27 caps on the international stage for Portugal, but it only takes one look at the season that he’s had at Manchester United to understand how lethal he is. He scored 18 goals and provided 12 assists in the Premier League alone this season for the Red Devils, and he is undeniably United’s most important player at the moment. Fernandes is going to be vital in helping Portugal unlock the defense of opponents with clever passes, audacious flicks, and his ice-cool penalty kicks.

Of course, front and center of the Portugal international team is always Cristiano Ronaldo. He has scored an astounding 103 goals for his country in 173 appearances and there is undoubtedly more on the way. He may be 36 and past his prime, but if anyone can pull off the incredible – it’s this guy. If Ronaldo is playing at his utmost best, he will strike fear into every defender he comes up against.

Teams most likely to qualify from Group F

When it comes to Euro 2020 betting odds, it looks like France and Germany are the teams that will progress to the knockout phase from Group F. However, with Portugal filled to the brim with superstar players, there could be a seriously tight race to see who gets through between these three powerhouses. Germany haven’t been at their best for the last few years and could suffer from some confidence issues, opening the door for Portugal to take the last qualifying spot. The only thing that is certain in this group is that we are going to have some of the best soccer in the entire tournament from the get-go.

It’s a year later than originally planned, but the Euro 2020 tournament is undeniably going to be the most closely contested competition that we’ve seen in some time. With BetMGM, you can place a whole host of soccer bets on Euro 2020, from outrights and futures to individual player bets and more. So, what are you waiting for? Register with BetMGM today and take advantage of our up-to-the-minute soccer betting odds.