Euro 2020: Who Stands Between England and the Finals? 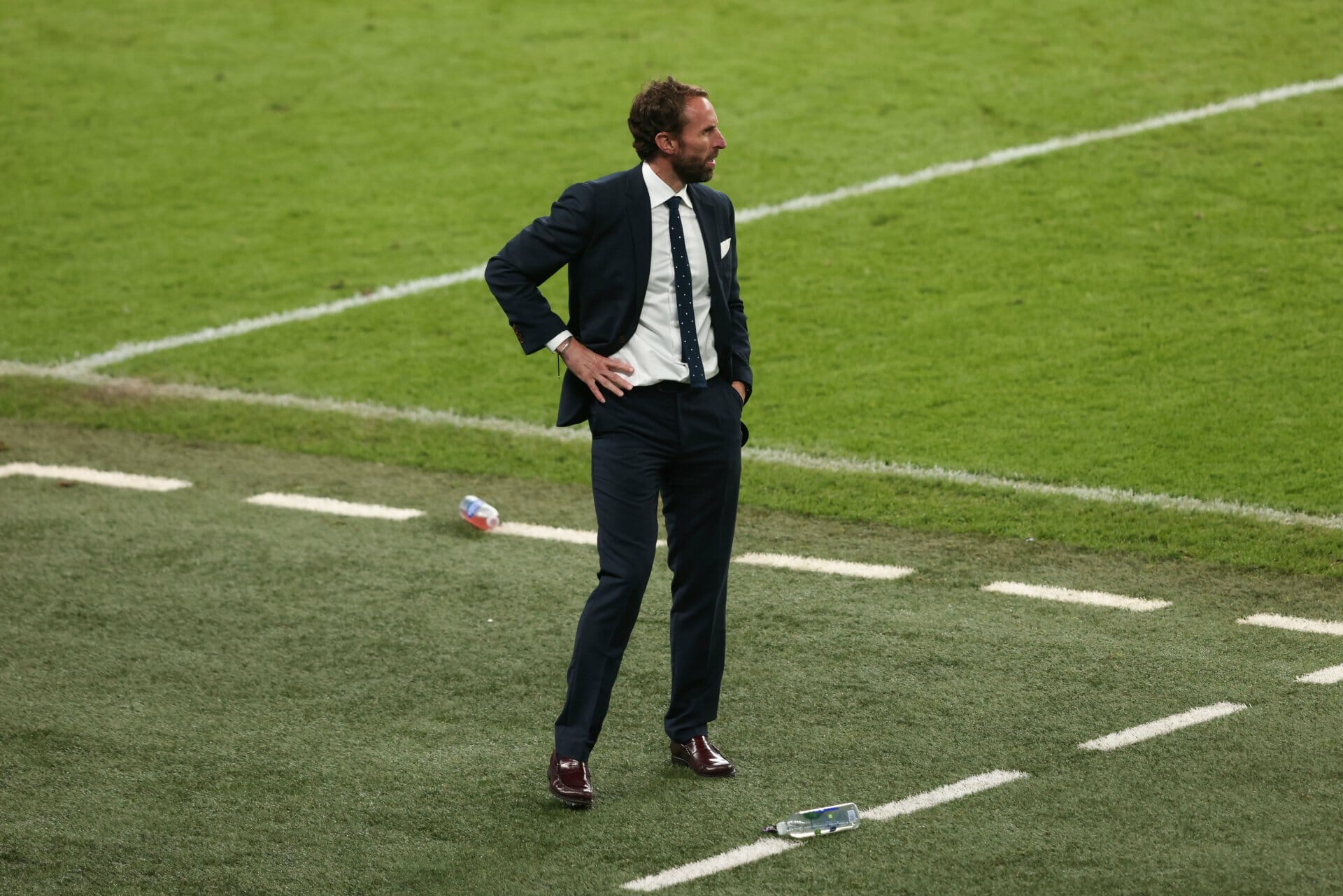 A Jack Grealish masterclass ensured that the Three Lions made it through what was undoubtedly their most difficult opponent on their journey to the Euro 2020 finals. It wasn’t just the talented squad that the German’s had at their disposal – of course – it was also the historic rivalry between the two countries that almost always produced anguish on the English side.

Most English football fans will have felt, at some stage, the devastation of losing to the Germans. Whether that was through Lampard’s unfairly ruled out World Cup goal in 2010, Gareth Southgate’s missed penalty in 1996, or the penalty heartbreak in 1990.

The curse was finally broken on Tuesday night and emphatic fans now have a much more enjoyable memory to hold onto. Of course, they are now looking towards the opponents that England could face on the way to a potential final.

With Germany eliminated and the Netherlands out of the competition, it’s England, who are ranked fourth in the world, that will be the favorites to reach the final for most sports betting fans.

Of course, they come up against a resilient Ukrainian team in the quarter-finals, but not one of the teams that they could face en route to the finals is ranked above them. In fact, Denmark is the only other side ranked in the top 10, with Ukraine next in 24th.

So, England’s route to the final certainly looks assured on paper, but who are their potential opponents? What has their form been like on their way to the quarter-finals, and how has England fared against them in the past?

Let’s take a look at who stands between the Three Lions and the Euro 2020 final.

England will face Ukraine on Saturday at 20:00 EST.

Last three matches against England: Two draws and a loss.

Ukraine last reached the quarter-final of a major tournament in the 2006 World Cup. A last-gasp winner from Artem Dovbyk in extra time saw them beat a talented Swedish side. Ukraine won one and lost two of their group games, so beating the Swedes that topped their group was an immense effort.

The man that the Three Lions need to be wary of in Andriy Shevchenko's team is undoubtedly Manchester City’s Zinchenko, who scored a thumping volley against Sweden. The Ukrainian might not be their top scorer, but he provides menace down the left side of the pitch with his crosses and will be the trickiest opponent for England’s defense.

Should England beat Ukraine in the quarter-finals, they will face either Czech Republic or Denmark in the Euro 2020 semi-finals.

Previous best at Euros: They won (as Czechoslovakia) in 1976

Last three matches against England: One win and two losses

Tomáš Holeš and Patrik Schick scored the two goals in one of the shocks of the tournament when they knocked out in-form Netherlands.

England have already beaten the Czechs 1-0 in the group stage of Euro 2020. The Czech Republic last beat Denmark in the quarter-finals at Euro 2004. With odds of +275, Jaroslav Šilhavý’s team are not the favorites to make it through the quarter-finals, but if this tournament has shown us anything, it’s that surprises can happen.

Although Schick is their top goalscorer on four goals, the man England need to worry about is Tomáš Souček. Many of the Three Lions’ squad are familiar with Souček from his exploits at West Ham. He is a constant aerial threat in front of goal and he has managed the midfield admirably until this point. It’s no doubt that England will be wary of the West Ham player if they face the Czechs in the semi-final.

Last three matches against England: Won one, drew one, and lost one

The on-pitch cardiac arrest of Danish captain Christian Eriksen during the first game loss to Finland could have completely knocked the wind out of the Danes’ sales. It seems to have had quite the opposite effect, however, as they have shown incredible heart and resilience to make it through to the quarter-finals.

Despite losing to Belgium and Finland in the group stages, Denmark thrashed Russia 4-1 to make it through to the round of 16. They then qualified for the quarter-finals with a resounding 4-0 victory over a strong Wales side.

Kasper Hjulmand will fancy his team’s chances against Czech Republic and they won’t fear England too much, having beaten and drawn against them in 2020.

Mikkel Damsgaard is the main man in the midfield, who has stepped up admirably to fill Christian Eriksen’s boots. He registered another assist against Wales and has been immense in their midfield. When it comes to goal scoring threat, however, Kasper Dolberg is the man that England need to watch out for. He has been sensational this tournament and has two goals to his name. The Three Lions’ defense will need to keep a close eye on the Nice player.

If the Three Lions make it through to the final, it will be their first Euro final in history. The game will be played at Wembley in front of at least 60,000 fans and the home advantage will certainly have a huge impact on the game. With +200 odds, England is the favorite to take this year’s title, but they still have some tricky games to navigate on the way to the final. At -140 though, it’s more than likely that fans at Wembley will be watching their team fight for the trophy on home soil. Is this finally the year that it comes home?

At BetMGM, we have up-to-the-minute sports betting odds for the Euro 2020 tournament, and much more. Register with us and place your bets today.