The Fascinating History of the Lombardi Trophy 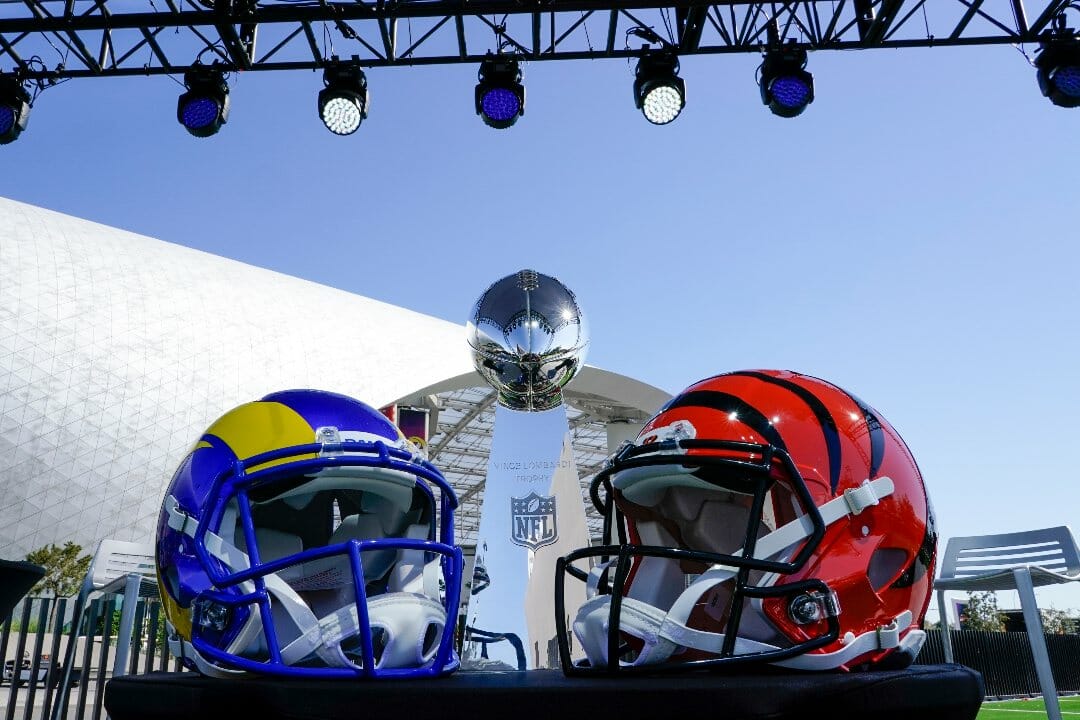 The Super Bowl will culminate after a 17-game regular season for the first time in the game’s history. And this year, Super Bowl odds have the Los Angeles Rams as 4.5-point favorites over the Cincinnati Bengals. One of these teams will hoist the Vince Lombardi Trophy.

The trophy has a storied history, beginning with its namesake. Many of football’s greatest players and intriguing characters have lifted the Vince Lombardi Trophy.

Keep reading for a look into the trophy’s iconic past and what it represents today.

Football Before The Lombardi Trophy

Pro Football Hall of Fame coach Vince Lombardi is one of the most iconic coaches in professional football history.

As coach of the Green Bay Packers, Lombardi won five championships in nine years. During postseason play, his teams posted a .900 win rate.

Then, in 1967, the NFL came to an agreement with the American Football League to play a new championship game. Lombardi’s Packers won the first two contests that soon became known as the Super Bowl.

Origins Of The Super Bowl Trophy

Pete Rozelle was the NFL commissioner in 1966 when the two leagues agreed on a championship game. He wanted a trophy designed to stand as a symbol of football excellence. The only company that contacted Rozelle was Tiffany & Co.

Company vice president Oscar Riedener knew nothing about American football. The Swedish immigrant went to FAO Schwarz and bought a football. He took the ball home and set it on the table while eating breakfast the following day.

An idea came to mind, and Riedener cut the cereal box like a stand and set the football on top. Then, at lunch with Rozelle, the Tiffany executive showed the commissioner a drawing of his creation.

The iconic Super Bowl trophy was born, and the design has never changed since. In 1967, Lombardi hoisted the first of two championship trophies in succession.

Made of sterling silver, the Lombardi Trophy stands 20.75 inches high and weighs 107.3 ounces. Its estimated value is over $50,000, but to Lombardi Trophy winners, it is much higher.

The design is simple yet elegant. It displays a football on a stylized silver base in the kicking position. Every year, the trophy gets etched with the number in Roman numerals.

The NFL/AFL Championship Trophy was awarded for three years. The first two, of course, got handed to Vince Lombardi himself.

In 1969, a brash young quarterback named Joe Namath lifted the trophy for the New York Jets. Namath’s swagger is reminiscent of another Joe playing in this year’s Super Bowl: Joe Burrow of the Cincinnati Bengals.

Lombardi passed away from cancer the following year. In his honor, the commissioner renamed the statue the Vince Lombardi Trophy. And on Sunday, the Lombardi legacy will continue as it has for decades.

The Super Bowl has become an event enjoyed around the world. And this year’s Lombardi Trophy winners will mark their place in history.

What team do you think will win the historic Lombardi Trophy this season? Sign up for a risk-free initial bet of up to $1,000 by creating a new account at BetMGM’s online sportsbook today.