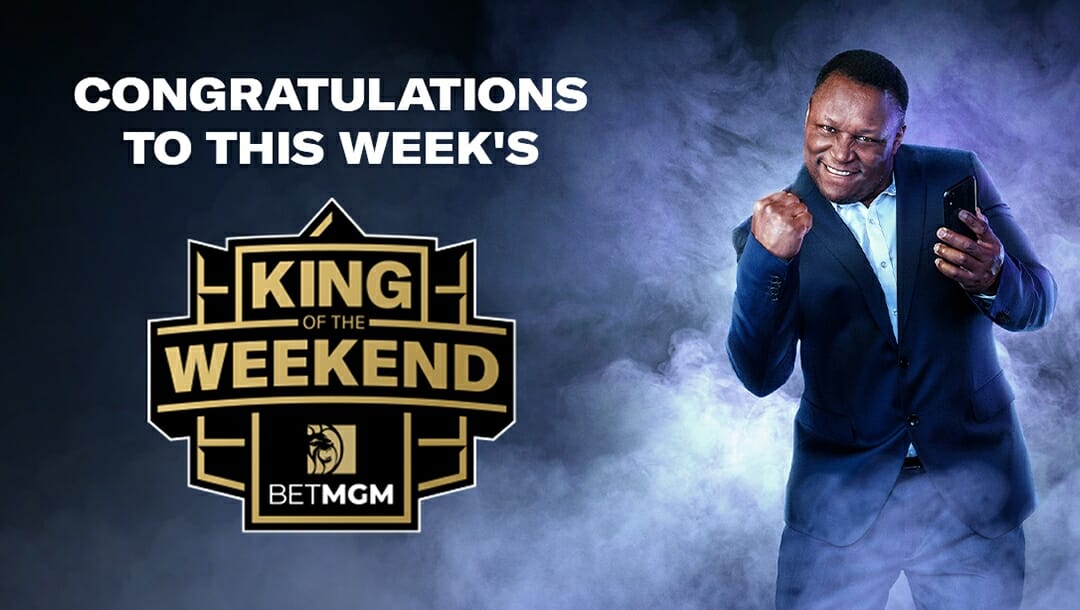 Trailing the Baltimore Ravens by one point with 85 seconds remaining in their Week 2 game, Patrick Mahomes took the snap on 2nd-and-3 from the Ravens’ 32-yard line and handed off to Clyde Edwards-Helaire. It was Edwards-Helaire’s 471st touch since his last fumble, a mishandled handoff from Joe Burrow in LSU’s eventual win over Vanderbilt on Sept. 21, 2019.

If the second-year running back extended his fumble-less streak to 471 touches, the Kansas City Chiefs were all but guaranteed to win the game. Kicker Harrison Butker has connected on 80 of 83 field-goal attempts under 50 yards since 2018.

Edwards-Helaire fumbled, the Ravens recovered, the Chiefs lost, and one BetMGM customer won $51,000 thanks to the final score, 36-35.

Jason S. of New Jersey entered BetMGM’s King of the Weekend on Wednesday, Sept. 15. He correctly predicted the six highest-scoring teams, in order, from a pool of five games:

And he returned to BetMGM to edit his predictions (as allowed until kickoff of the first game each week):

Entrants win $50,000 in cash if they correctly predict the six teams in order and are eligible for Free Bets (up to $250) if they miss one or multiple teams. The highest score each week, regardless if there’s a winner, is also awarded $1,000 in cash.

Entering the Chiefs-Ravens game on Sunday Night Football, Jason had the Cardinals, Vikings, Titans, and Seahawks in correct order thanks to a wild series of events, including:

If the Ravens and Chiefs posted the highest- and second-highest point totals of Week 2 (including ties, as was the case with the Titans and Vikings), respectively, Jason would win $51,000 from BetMGM.

And with Edwards-Helaire’s first fumble in 471 touches, the Chiefs scored 35 points, not 38 points, which would’ve given them the highest point total of Week 2, not the Ravens (36 points).

“Can’t believe this is real,” Jason told BetMGM. “I thought this was a prank call from someone in my office.”

If Edwards-Helaire didn’t fumble and Butker delivered the final three points of the night, two other entrants would’ve won and split the $51,000 in prizes.

Check out the best online sportsbook today to make your King of the Weekend NFL predictions and win $50,000 from BetMGM.