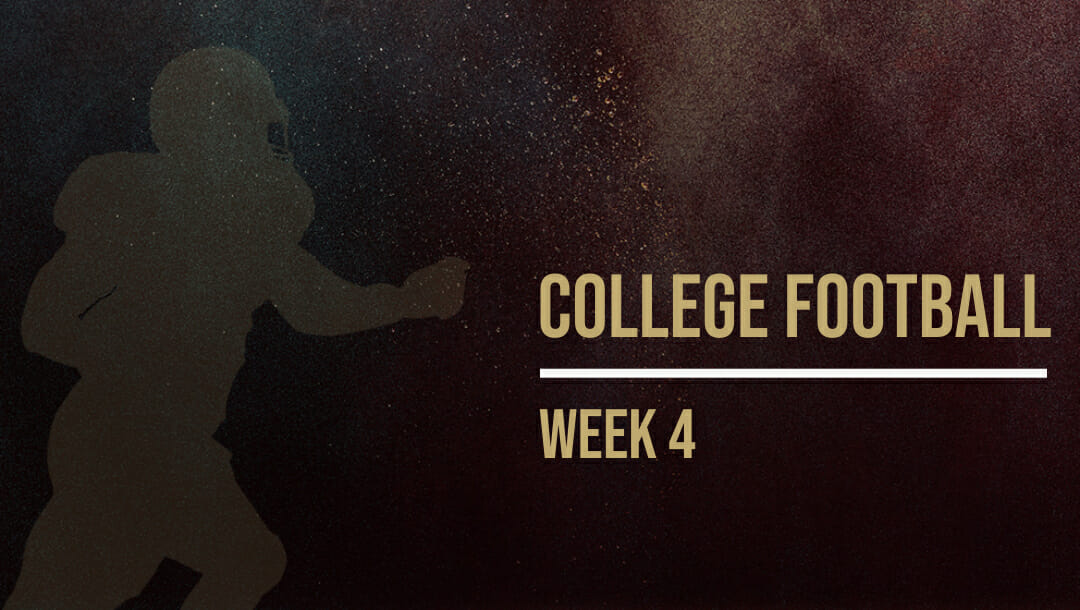 Are you wondering how to approach the NCAAF lines in Week 4? There are four games this weekend that I believe bettors will find intriguing.

Whether you want to bet on the big Notre Dame vs. Wisconsin game or find out the college football betting lines for Minnesota’s homecoming game, the article below has you covered. Let’s look at four games that should have plenty of betting action in Week 4.

Minnesota returns home after routing Colorado 30-0 in Boulder. The Golden Gophers will host Bowling Green in Minnesota’s homecoming game. BetMGM has Minnesota as 31-point favorites on their NCAAF betting lines page, which might seem like a lot until you analyze the teams.

Minnesota disappeared off the national radar after losing their season opener to Ohio State. However, the NCAAF betting lines for this game show that Vegas still knows how good the Golden Gophers can be.

The Golden Gophers have one of the most experienced offensive lines in the NCAA.

Minnesota’s elite offensive line and experienced quarterback Tanner Morgan give them a huge edge against a Bowling Green team that lost by 33 points to Tennessee. That game likely had a significant impact on the NCAAF odds and lines in this game, as it was Bowling Green’s only other game against a Power Five team.

Some “neutral site” games aren’t exactly neutral, but Saturday’s showdown at Soldier Field is. Chicago is about 90 miles from South Bend, Indiana, and just under 150 miles from Madison, Wisconsin.

This game projects to be a low-scoring affair between two teams that love to run the ball. BetMGM has the line at Wisconsin -5, reflecting Wisconsin’s strong run game. In Wisconsin’s last game against Eastern Michigan, the Badgers ran the ball fifteen straight times in the first quarter.

Notre Dame running back Kyren Williams was a second-team All-American last year and is the key to Notre Dame’s offense. With both teams eating up the clock on the ground, this game could come down to a field goal at the end.

The Kentucky Wildcats beat South Carolina by 23 points in 2020. That game was in Kentucky, though. The Wildcats are going to Columbia this season and barely beat FCS opponent Chattanooga at home last week. That’s why the line provided by BetMGM is only Kentucky -5.5.

The Gamecocks might not be a great team, but they did cover the 30-point spread against Georgia last week, making this an intriguing matchup for bettors.

If you want to get some bets in before Saturday, check out the game between Wake Forest and Virginia. The line on BetMGM is Virginia -4 in their second ACC game of the season. Despite losing to North Carolina last week, Virginia showed that they have plenty of firepower on offense.

The question bettors have to ask themselves is whether Wake Forest can keep up. Wake Forest has scored at least 35 points in all three games this season, so this game could turn into a shootout.

I believe that these NCAAF lines are the most intriguing for the week.

Week 4 features some high-profile games for bettors. Thinking about placing a bet on any of this weekend’s college football matchups? Place your bets with BetMGM sportsbook today!