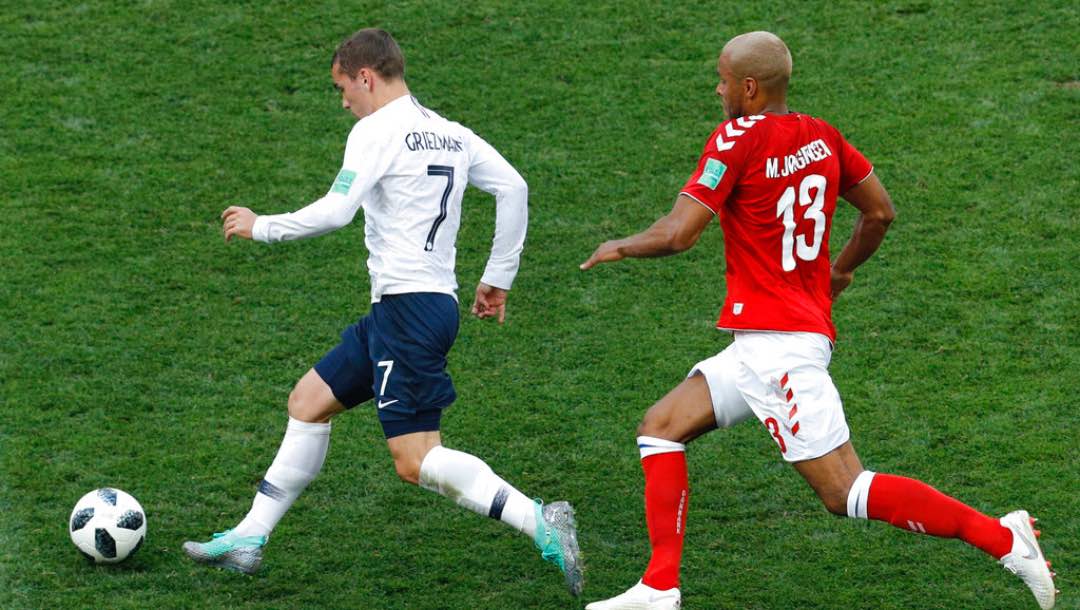 World Champions France overcame an early scare to beat Australia 4-1, while Denmark had to settle for a frustrating draw against Tunisia in their opening FIFA World Cup matches.

A win here and France is guaranteed to advance to the knockout round, but the Danes know that their own hopes of making it out of the Group Stage depend on getting something out of this match.

Denmark will undoubtedly be a sterner test than the Socceroos were. Can they contain France’s attacking talent?

The winning team model predicts France will win this Group D game with 43% confidence. The model also predicts a 28% chance of a tie/draw.

AUSTRALIA SCORES IN THE NINTH MINUTE ON FRANCE.

France looked to be going the same way as Argentina when Craig Goodwin put Australia ahead within the first ten minutes of their opening World Cup match. Les Bleus’ midfield froze to allow the switch-up play between Harry Souttar and Mathew Leckie to set up Goodwin’s header.

Perhaps France had underestimated its opponents? Parity was restored shortly after, however, with goals from Adrien Rabiot and Olivier Giroud before half-time. An attacking masterclass followed the break, with Kylian Mbappé getting in on the goals and setting Giroud up with his second.

France was expected to win this match against vastly inexperienced and inferior opponents. Manager Didier Deschamps will be pleased with how his attacking talents took charge, but the first 10 to 15 minutes of each half were a defensive shambles for his team.

They must come out the gate sharp if they want to keep Denmark at bay.

It was a frustrating day at the office for Denmark against a well-drilled, combative Tunisia. In fact, Tunisia was by far the better team in the first half of the game.

Denmark seemed to struggle with Tunisia’s aggressive style of play, and creative playmaker Christian Eriksen was completely shut down. The second half was better for the Danes, and they had a goal ruled out for offside, an excellent stop by Tunisia’s keeper, and Andreas Cornelius hitting the post from close range.

We get the first scoreless draw of the 2022 World Cup as FIFA ranked #30 Tunisia share a point with #10 Denmark. 👀 pic.twitter.com/xpXLM4E7s8

This was not a good result for Kasper Hjulmand’s team, and they know it.

Of course, Denmark has beaten France twice this year already, and they are more familiar with their style of play. I think there is going to be a lot more space in midfield for Denmark to play their patient, creative style, but the defense is going to have to handle France’s superior firepower too.

France’s defense simply has to be better than they were against Australia; they can’t rely on overpowering Denmark in the attacking third.

I think this is actually going to be a really entertaining match. Neither of these teams is known for shutting down their opponents, and we could be in for an end-to-end battle here.

France has undoubtedly got more talent in their attacking players, but this Denmark team works as a unit, and they know that they have little chance of advancing if they don’t get at least a draw out of this game.

France has a seemingly unending pool of goalscorers in its team, but I think they might give Denmark a bit too much space in midfield and attack.