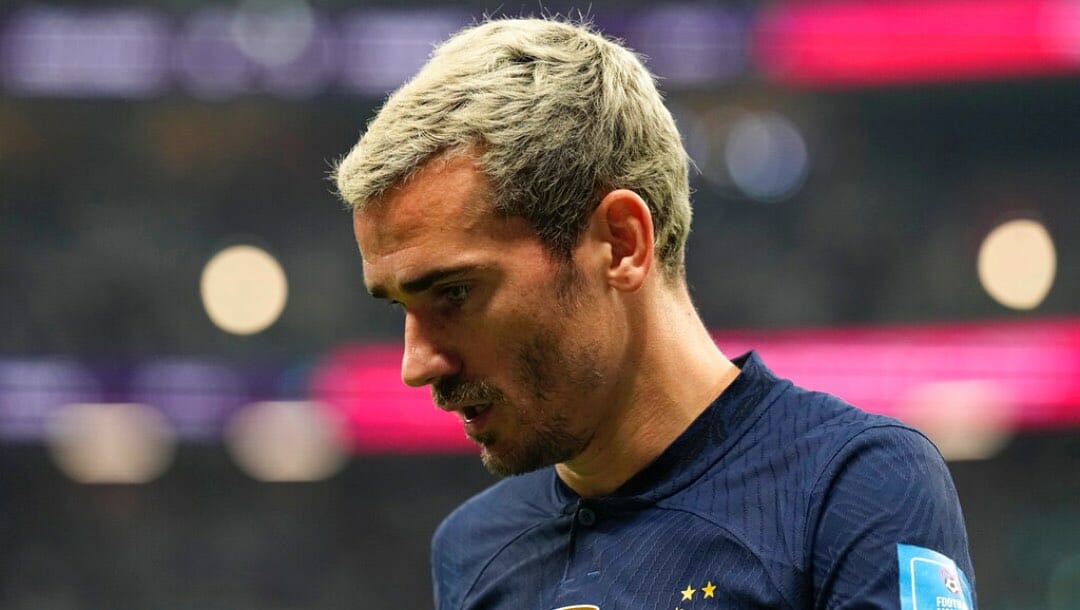 No matter the outcome of this 2022 FIFA World Cup semifinal match between France and Morocco, history will be made. France would go to back-to-back finals for the first time in their history, while Morocco would become the first African country to make it through to a World Cup final.

Morocco’s deep run is symbolic of the unpredictable nature of this tournament, but is a victory over Les Blues too much to ask? Will Didier Deschamp’s team prove too much for the impenetrable Moroccan defense?

The winning team model predicts France will win this quarterfinals game with 44% confidence. The model also predicts a 29% chance of a tie/draw in regular time.

France was the second-best team for much of their match against England, and Les Blues were lucky that Harry Kane missed a penalty kick that would have taken the game to extra time.

That being said, both goals from Aurelien Tchouameni and Olivier Giroud were excellent and showed that France doesn’t have to rely on Kylian Mbappe for everything. In fact, Mbappe hardly was featured in the game against the Three Lions, as Kyle Walker shackled him.

He will face a familiar foe in Morocco’s Achraf Hakimi, who is his teammate with PSG. Hakimi is an excellent right-back with tons of pace, but he does like to move forward and score goals. I think this could allow Mbappe a little more space than he had against England.

The battle in the midfield between Tchouameni and in-form Sofyan Amrabat will be intense, but I think the key to France’s success relies on Antoine Greizmann. The French forward has been magnificent in the tournament, and everything positive goes through him.

Whether that’s his work rate to drop deep and turnover the ball in defense or how he unlocks passes to assist Giroud and Mbappe, he is undoubtedly France’s player of the tournament so far.

If Morocco is to have any chance of getting to the finals, they need to be alert to the threat of Griezmann.

Luckily, the Atlas Lions’ defense seems almost impenetrable. Much can be said about the African’s work rate, impressive midfield, and impossible press, but at the end of the day, the defense has gotten this team to the semifinals.

Morocco has conceded one goal in the tournament so far, which was an own goal against Canada. They kept a clean sheet against the likes of Croatia, Belgium, Spain, and Portugal.

Walid Regragui’s men managed to keep the likes of Gonçalo Ramos, João Felix, Cristiano Ronaldo, and Bruno Fernandes quiet for the entire quarterfinals match, and they will hope to do the same here.

Captain Romain Saiss returned from injury against Portugal, and his fitness will be a huge concern if Morocco wants to contain the likes of Antoine Griezmann, Kylian Mbappe, Olivier Giroud, and Ousmane Dembele.

I expect Morocco to handle France comfortably for most of the game, but I think France’s hardest test is behind them, and some individual brilliance will be the difference between the two teams.

Morocco has done an impeccable job to get this far in the World Cup, but I think a win against the world champions would be a step too far. Then again, anything is possible in this World Cup, and it wouldn’t be a complete shock if the Atlas Lions roared into the 2022 World Cup finals.