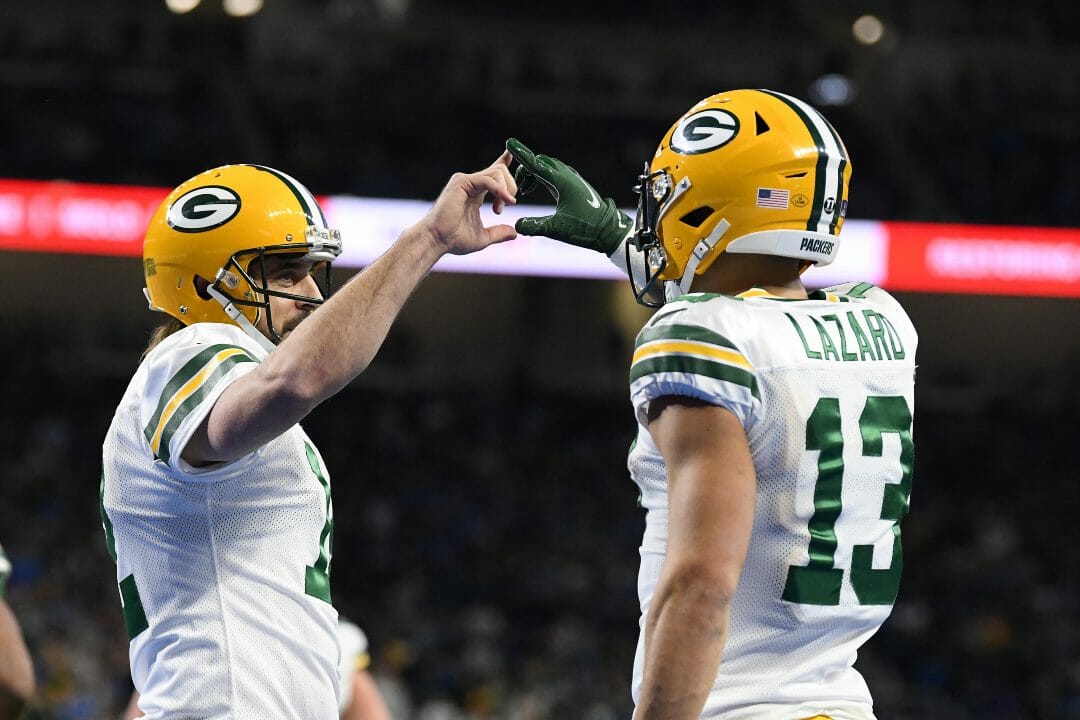 The Green Bay Packers earned the top seed in the NFC and thus are the only playoff team in the conference with a week off.

Four potential teams could travel to Lambeau Field for the NFC Divisional round. If the Philadelphia Eagles, who as nine-point underdogs have opened as the NFC’s biggest underdog this weekend on NFL betting lines, can pull off a massive upset, then they’ll be the Packers’ opponent. The lowest seed remaining in the playoffs will travel up to Wisconsin next weekend.

I think two teams have the most realistic chance to face the Packers next week. Let’s look at the teams that seem more likely to advance and face the NFC North champions.

As the six seed, the only way a win won’t pit the 49ers against the Packers is if the Eagles also win. But first, they’d need to take care of business in Dallas this week.

San Francisco enters the game having won four of their last five, two of which came against division winners. Their only loss in their previous five games was by three points on the road against the AFC’s top seed.

The 49ers averaged 6.1 yards per play this season, the highest mark in the league. Dallas’ defense allowed the twelfth most yards per play at 5.5 yards.

The Cowboys had the best offense in yards and points in the regular season, but the Niners’ defense should be able to slow them down. San Francisco allowed the third-fewest yards this season and ninth-fewest points.

If the 49ers can avoid turning the ball over to a Dallas defense that has the most takeaways in the NFL, they have an excellent shot at advancing this Sunday.

If Tampa and Dallas both win, the winner of this game will have the pleasure of going to Lambeau next week for their divisional playoff game. The Rams are the favorites going in.

Arizona ended the season losing four of their last five, costing them the NFC West and home-field advantage in this game. Los Angeles would’ve ended the season on the other sideline on a six-game winning streak if they hadn’t blown a 17-point lead in Week 18 to the 49ers.

These two teams met five weeks ago in SoFi Stadium, and the Rams came away with a 30-23 victory. Stafford completed 76.7% of his passes and threw three touchdowns in the win. They intercepted Kyler Murray twice in the game.

Arizona’s star wide receiver, DeAndre Hopkins, was still on crutches this past Sunday and is unlikely to suit up, which helps the Rams’ chances. The Rams have allowed the fifth-most passing yards in the league over the last three weeks, so the Cardinals could find success through the air even with the injury to Hopkins.

The Green Bay Packers have played and beaten three of the four teams they could play next week. Coupled with the extra rest, I like their chances of advancing regardless of who they play. I believe the Rams will be the team that travels up to Green Bay next week. Do you agree, or do you think the Eagles or 49ers can pull off an upset?

Check out BetMGM, the best online sportsbook, to see all the best options for NFL bets in the playoffs. Sign up today to place your wagers, and you could receive a risk-free initial bet of up to $1,000.