The History of Belmont Park 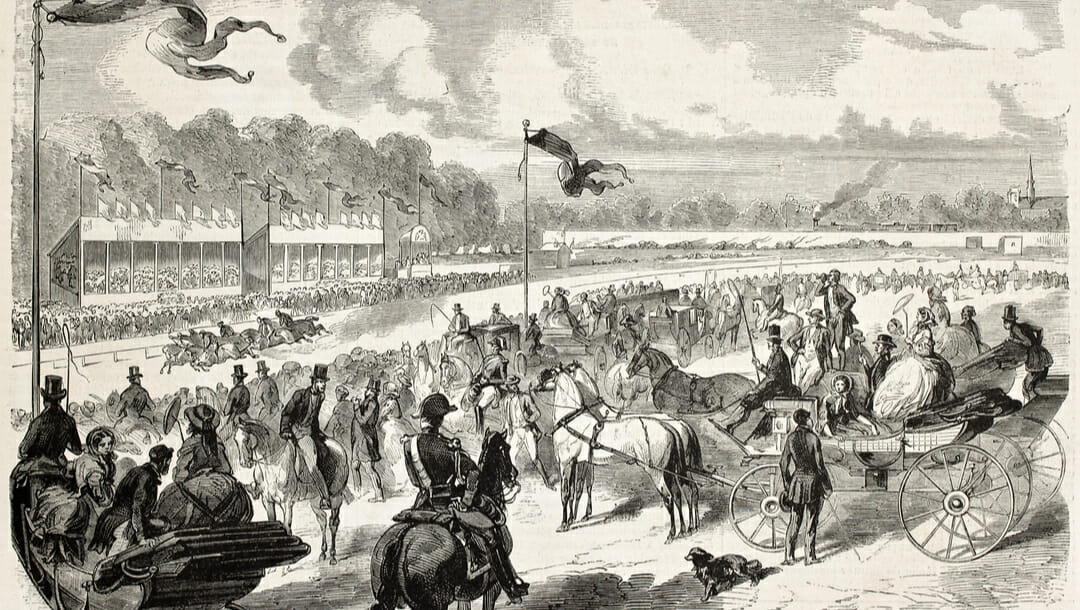 If you’ve ever bet on horse racing or you’re an online sports betting fan, then you’ll undoubtedly know that Belmont Park, home to NYRA Racing, is one of the most renowned racecourses in the USA.

Belmont has been the stage for many of the sport’s legends for more than a century. It was at this ground that the names Man o’ War, Curlin, Beldame, Rachel Alexandra, Seabiscuit, Cigar, Secretariat and many others were forever engraved into horse racing history.

Let’s take a look at the history of Belmont Park and the horse racing tournaments that have made it into the institution that it is today.

The year was 1902, and a syndicate headed up by former Secretary of the Navy William C. Whitney and August Belmont II were searching for a tract of land where they could build America’s greatest race track. Inspired by the renowned racecourses in Europe, they had something very specific in mind. They found exactly what they were looking for on the border of Nassau County and Queens. The 650 acres of pristine land was originally known as Forster’s Meadow. The land was home to a Tudic-Gothic mansion owned by William DeForest Manice. It acted as Belmont’s Turf and Field Club for over 50 years. 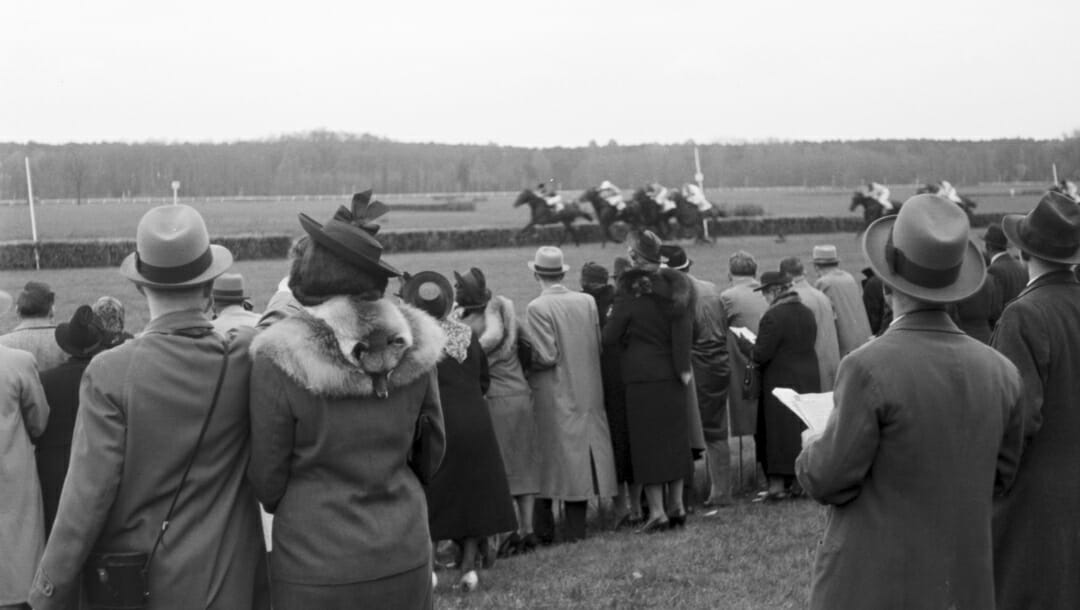 The grand opening of Belmont Park took place on May 4, 1905, and it’s a day that will never be forgotten. More than 40,000 fans flocked to the grounds in order to watch the first race, which started at 3 p.m. Not everyone made it to this race, however, as the event caused Long Island’s first-ever traffic jam! Spectators tried to get to the event on horseback, horse-drawn carriage, by foot, and via the newly built train station, and many simply had to wait until things cleared up. This was the first of many traffic jams caused by the support at Belmont Park for decades to come.

Those who did make the race were there to see history unfold as Blandy, August Belmont II’s horse, won the $1,500 Belmont Inaugural. Later on, spectators watched James R. Keane’s horse Sysonby hit the wire in a dead heat with wild card Race King.

In 2012, the various governing bodies realized that it was imperative to enhance the guest experience at Belmont Park. Modern installations have taken place since then, but the historic architectural elements of the park have been preserved. There are now hundreds of HD televisions across the park, with new video display boards, Trakus technology, and an expansion of the Belmont Cafe and Stretch picnic area.

The west end of the grandstand saw $5 million in improvements in 2015, as well as new rail station platforms, which can now take 10 cars and eases congestion on race days. 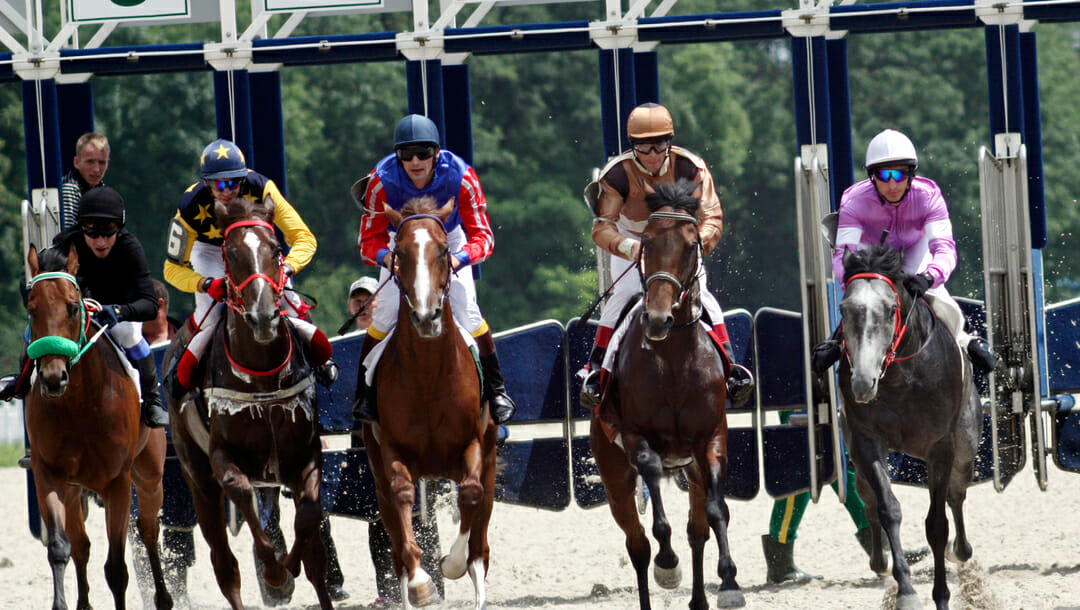 Of course, the Belmont Stakes, a NYRA event, is the most famous race held at Belmont Park. It was first introduced to the racing calendar in 1867, making it the oldest of the US Triple Crown races. The Belmont Stakes has historically always been held at Belmont Park, however, it has moved location a few times. The race was originally run at Jerome Park in the Bronx, and then it moved to Morris Park Racecourse in Winchester County in 1890. The Test of the Champion finally found its rightful home at Belmont Park in 1905.

It’s the last of the three Triple Crown races to take place, and as such, it’s the event that decides whether a 3-year-old thoroughbred goes down in the history books for winning the Triple Crown title. It is a formidable challenge, and the winners of this race are crowned into racing royalty. Only the best of the best win the journey at Belmont Park, and only 13 horses since the Triple Crown’s inception have gone all the way and grabbed the title.

The grounds still echo with the noise for Triple Crown winner days, such as when Secretariat swept away the competition in 1973, Seattle Slew took the title undefeated in 1977, and when Affirmed managed to hold off Alydar’s final surge in 1978, and of the 10 other horses that have made their name at this hallowed ground.

The most recent winner of the Triple Crown was in 2018 when Justify thundered home on the 150th anniversary of the race.

Of course, Belmont Park remains one of the most popular racetracks in the USA today, and while the Belmont Stakes are the main draw of the calendar year, there are races on almost every weekend. It’s a wonderful day out for friends and family, who can picnic, watch the races or grab a bite at the Belmont Cafe.

Get the best of Belmont Park betting with BetMGM

If you’re asking the question, “how do you bet on horse racing?” at Belmont Park, then look no further. With BetMGM, we have all the best horse betting odds and options available for races taking place at this world-class institution.

Register with BetMGM, one of the world’s best horse racing betting websites.