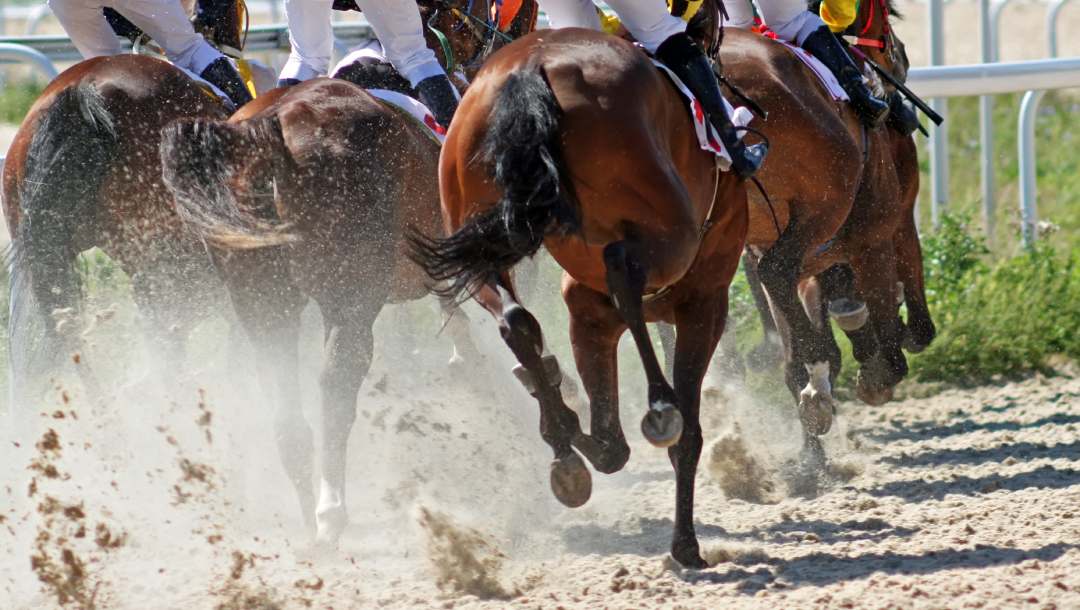 From America and Asia to Europe and Australia, horse racing is prevalent around the globe. It has become a spectacle of high-fashion, immaculate venues and explosive horses – attracting social elites such as royals, presidents and high-net-worth individuals. Even Queen Elizabeth II had several horses racing in highly-esteemed British events.

It has evolved a lot from the days of chariot racing in the 1600s. Fast-forward to today and it is a global industry worth approximately $400 billion. With over a billion dollars wagered around the world annually, it remains one of the favorite sports for online sports betting. With so much money circulating around the industry, the races are high stakes, with some winners taking home millions. Read on as we discuss the richest events in horse racing.

There are four main types of horse racing: steeplechasing, harness racing, flat racing and endurance racing. The early days of the sport primarily focused on endurance racing; however, today, flat racing and steeplechasing are the most watched and attract the highest bounties. The horse racing schedule consists of thousands of track days – many covered by NYRA bets – with several earmarked as a “must watch” occasion. Horse racing betting happens all year round, which is great news for fans.

Raced in the King Abdulaziz Racetrack on a mile and a quarter of dirt, the thoroughbred flat race event boasts a prize pool of $30.5 million – over $20 million more than its first race two years ago.

With such a short history in horse racing, it has already produced upsets and spectacular races. Free to enter by owners, a favorite has never won the Saudi Cup, making it unpredictable and exciting for punters. Earlier this year, local horse Emblem Road shocked the racing community with a win on 80-1 odds. Other horses, such as Maximum Security and Mishriff, overcame the doubters to take home the jackpot. Known as the fastest race in the world, The Everest is a six-furlong sprint at Royal Randwick in Sydney, Australia. Introduced in 2017, it has already surpassed the prestigious Melbourne Cup as the most expensive turf terrain event. The race attracts the fastest horses in the world and has an entry fee of $600,000. However, with a $15 million prize pot, it’s hard to be ignored by the world’s best, despite its high-stakes nature.

With three wins out of five, jockey Kerrin McEvoy is the most decorated at The Everest. In terms of equine winners, 2017 and 2018 saw back-to-back wins by Redzel. Since then, there have been three different winners: Yes Yes Yes, Classique Legend and Nature Strip. Bettors are excited to see who’ll be added to the list on October 15, 2022, the date of this year’s event.

Launched in 1996, the Dubai World Cup is a crown jewel within the racing circuit and has a long-established history. What once was the richest horse racing event is still the fastest race on dirt and is the grand finale of the UAE racing season. In true Middle Eastern style, the glamorous Meydan Racecourse goes above and beyond, with a luxury hotel, horse racing museum and 9-hole golf course, apart from the 60,000-capacity grandstand. And it includes a prize pot of $12 million.

Over the years, the Dubai World Cup has seen the most famous jockeys and horses grace the dirt. Hall of Fame jockey Jerry Bailey won the first two cups in 1996 and 1997. He would complete another set of back-to-back wins in 2001 and 2002, making him the most acclaimed jockey in the Dubai World Cup. Other notable occasions include the dominant display of Well Armed in 2009, who won the race by 14 lengths. The most expensive race on European soil, the Prix de l’Arc de Triomphe is also one of the oldest and most iconic tracks in the calendar year. Although its prize pot of $5 million is a notable drop from the above-mentioned races, the prestigious history, which dates to the 1920s, coupled with its array of iconic sporting moments, makes it one of the most anticipated races on the calendar.

Frankie Dettori – a future Hall of Famer – holds a record six wins at the Arc. In 1975 it saw one of the biggest upsets in horse racing, with 80-1 odds Torquator Tasso winning the race. Be sure to keep an eye out for it when it takes place on October 2, 2022.

Another recent addition to the horse racing schedule, the Pegasus World Cup overtook the famous Kentucky Derby as America’s most expensive horse race. However, it’s the only racing event on the list that has dropped its prize money, falling from $12 million in its debut year in 2017 to $4 million in 2022.

The invitational event is run on dirt over 1 1/8 miles, making it a test of endurance rather than speed. Since its introduction, it has only been won by American trainers, with horses such as Life is Good, Knicks Go and Mucho Gusto winning the last three races. No horse has won it twice. However, trainer Bob Baffert has been victorious twice with horses Arrogate and Mucho Gusto.

Want to get involved in horse racing betting? BetMGM proudly covers horse racing events from all around the globe during the calendar year. Enjoy our built-in live stream and be sure to look out for our weekly specials. Register today and unlock our endless range of sports betting, online casino games and so much more. While you’re at it, head over to our site for more information on how to read horse racing odds, interesting facts about horse racing and the rich history of horse racing in America.