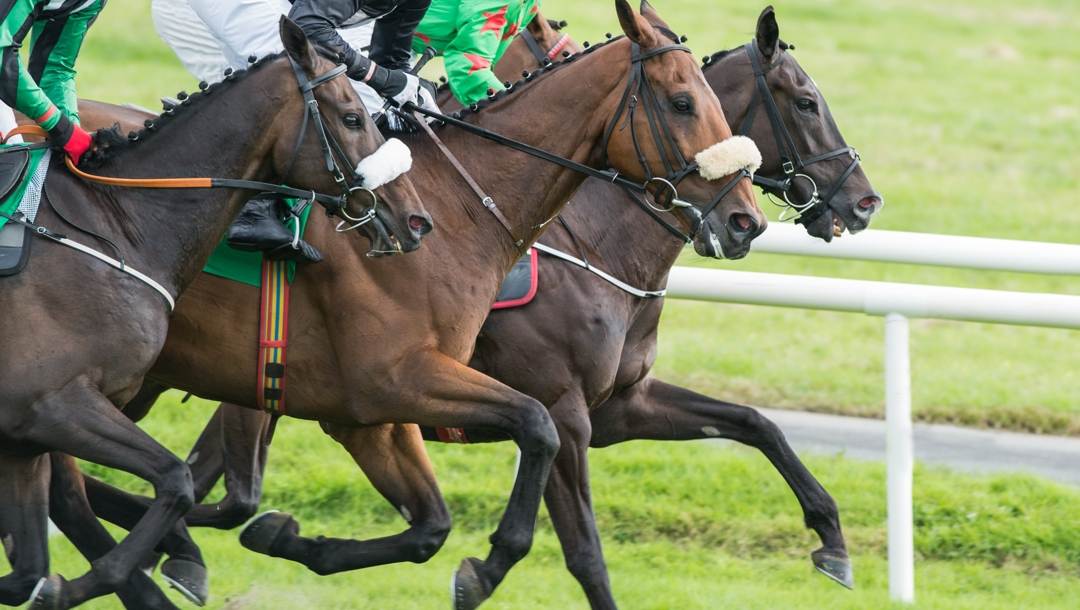 Once, they drew big crowds and the best thoroughbreds of the day thundered over their ovals, but there’s nothing left of them today except for fading photos, yellowing programs and old torn tickets. They are the horse racing tracks that time forgot, surviving only in the fond memories of horsemen and horse racing fans. Top-quality racetracks in states like New Jersey, Maryland and West Virginia fell victim to tough economic times. That was in the days before states began to supplement their horse racing tracks with revenue from online sports betting.

As attendance figures declined and horse racing betting pools shrank, land values began to rise and many property owners converted their racetracks to other uses. Fortunately, the horse racing industry has recovered and fans can enjoy a year-long horse racing schedule at Churchill Downs, Pimlico, Belmont Park and other great tracks. May they host championship races for many years to come! Let’s take a trip down memory lane with stories of racetracks that have gone for good.

Anti-gambling laws in the early 20th century stifled US horse racing in all but two states: Kentucky and Maryland, where horse racing underwent something of a boom. One of the new tracks that was constructed was the legendary Havre de Grace. “The Graw,” as locals affectionately called it, went up in less than two months and opened on August 24, 1912, to a crowd of 5,000. Much of the $145,000 bill was paid by August Belmont, New York’s legendary horse racing entrepreneur (Belmont Park is named after him). The best horses, trainers and jockeys soon flocked to Havre de Grace, with extremely wealthy owners in tow.

The Havre de Grace Handicap soon ranked as one of the most important American horse racing tournaments, attracting top horse racing picks such as Equipoise, Crusader, Roamer, Sun Beau and Seabiscuit. Man ‘o War won the Potomac Handicap there in 1920 and his son War Admiral followed in his footsteps in 1936. But all things move toward their end.

Despite hosting some of the greatest horses ever to tread on American soil, Havre de Grace was unable to survive in the face of competition from Garden State Park in Maryland and New Jersey’s Delaware Park. Pimlico Race Course owner Alfred G. Vanderbilt II and Laurel Park owner Morris Schapiro bought the track in 1951, transferred the racing dates to themselves and shut The Graw down for good. Today the site is occupied by the National Guard.

A Smile and an Eighth 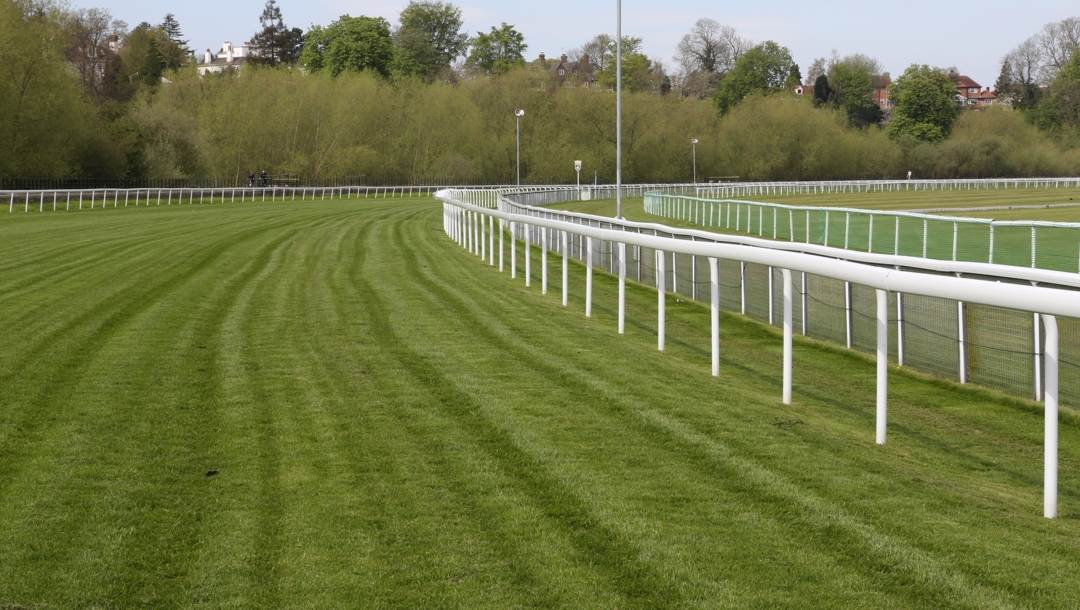 The rise and fall of Atlantic City Racetrack is one of the most memorable tragedies in horse racing history. Located a few miles from Atlantic City, New Jersey, Atlantic City Race Course was hailed as “the racetrack of the future” when it launched in 1946 to a crowd of more than 28,000. Atlantic City seemed destined for wealth and glamor from the start. The original stockholders were some of the biggest names in showbiz – Bob Hope and Frank Sinatra – and the total handle from horse racing betting was $1.38 million across eight races on the first day.

Affectionately known as “A Smile and an Eighth” because of its length (1 1/8 miles), Atlantic City was also dubbed “Hollywood by the Sea,” thanks to all the TV and movie stars that used to visit. Grace Kelly, Jerry Lewis and Dinah Shore were some of the big names. But Atlantic City was also a front-runner in other ways. Turf racing made its debut there in 1948 and the United Nations Handicap was launched there in 1953. Bringing together the finest foreign and domestic turf thoroughbreds, the Handicap was the model for today’s Breeders’ Cup. Some of the American turf champions to race at the Handicap were Round Table, Mongo, Dr. Fager, Hawaii and Halo.

Atlantic City was also the first New Jersey racetrack to offer night racing and the first track in the US to offer full-card simulcasting. Atlantic City even added different types of horse racing, with the launch of a five-eighths of a mile harness oval in 1968. The track ended the 1960s with a bang, drawing 111,000 ticket-holders to the three-day Atlantic City Pop Festival.

Then it all started going downhill. First, Atlantic City faced increasing competition from Monmouth Park, Garden State Park and the new Meadowlands track as New Jersey moved towards a year-round horse racing schedule. Then the Atlantic City casino industry opened up in 1978 for even more competition. Stakes races fell away in the 1980s, and eventually, Greenwood Racing bought the track in 2001. Greenwood failed to maintain the track and the once-proud Atlantic City turned into a ghost town. In 2015, Atlantic City closed permanently, long after its glory days were over.

For 20 years, from 1959 to 1979, Shenandoah Downs ran thoroughbred races in alternation with neighboring Charles Town. Built at a cost of $4 million, the West Virginia track was one of the most lavish tracks in the US, with 4,000 grandstand seats, 1,000 in the clubhouse, and room for more than 18,000 patrons. Between fine dining at the 800-seat Starlight Terrace Restaurant and beer and hot dog concession stands, Shenandoah catered for all comers.

The inaugural program on the five-eighths mile oval presented nine races every night, from Monday to Saturday: 3½ furlong dashes, six furlong and 1-1/16 mile races kept the fans on their toes. Day-night double-headers were soon added, followed by the first winter meet in 1963. In 1968, Shenandoah switched to day racing, with the $25,000 Tri-State Futurity. Featuring crowd-pleasing winners such as North Flight and Christopher R, the Futurity stakes was the highlight of the season.

Then came the 1970s. By 1974, daily average attendance and daily average handle had both dropped by double digits – 19% to 3,988 and the daily takings, while daily average handle was also down double digits, to $358,962. Under pressure from the West Virginia Racing Commission, Shenandoah closed in 1976, reopening briefly in 1978 when Kenton Corp bought the track along with Charles Town and Shenandoah for $16 million. After its final closing, Shenandoah functioned as a training track for many years until the grandstand was finally demolished in 2006. 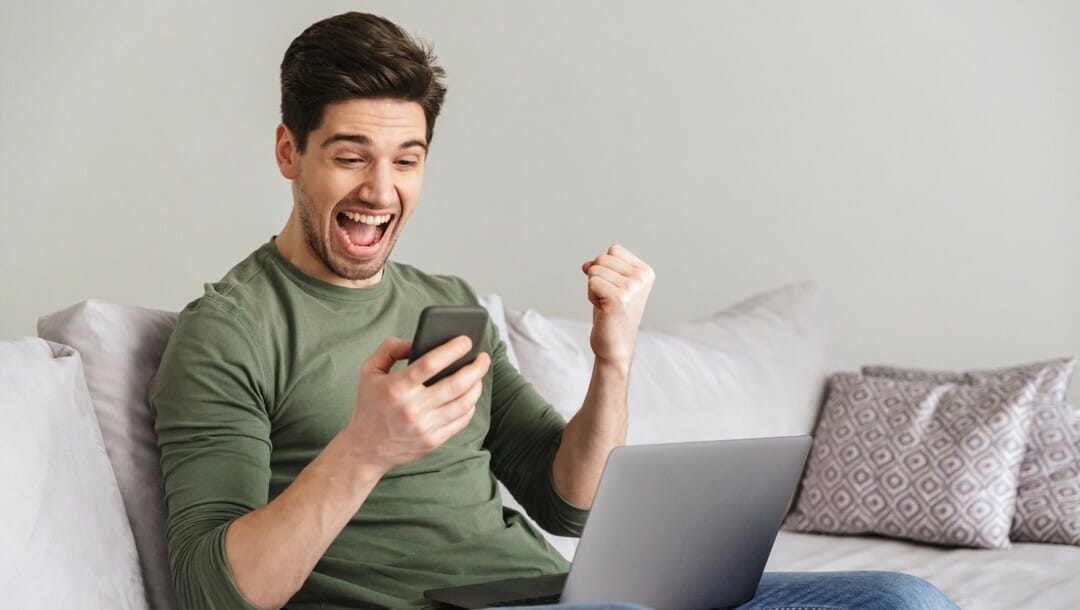 Online sports betting is more than just a great way to have fun while following your favorite sports. It also helps to keep great traditions such as thoroughbred horse racing alive. Here are some popular horse racing bets explained.

The most common are single bets for a horse to win, place second or finish third. A “win, place, show” bet is placed on a horse to come first, second or third. More complicated but very popular are exotic bets like an exacta bet on a pair of horses to come first and second in order. Trifecta and superfecta bets apply the same idea to three and four horses, respectively.

Fancy placing horse racing bets on multiple races? A Pick 3 bet asks you for horse racing picks on three straight races. You can also Pick 4, Pick 5 or Pick 6. These bets take a fair amount of knowledge for a reasonable chance of success. If you don’t know how to read horse racing odds that well, you may want to stick to betting on the favorite. Alternatively, listen to a podcast to improve your betting.

To support the grand tradition of horse racing betting and have the time of your life, sign up at BetMGM. Our online sports betting app lets you place NYRA bets on the go, year-round. Bet on different types of horse racing and discover great racetracks around the world, from the Dubai World Cup to Royal Ascot. For sports betting action beyond the horse racing track, we have wall-to-wall sports coverage, from solo sports like Formula 1, tennis and golf, to epic Major League team sports. Whatever sport inspires you, you can follow and participate at BetMGM.

Five Of The Worst Thoroughbreds in Horse Racing History