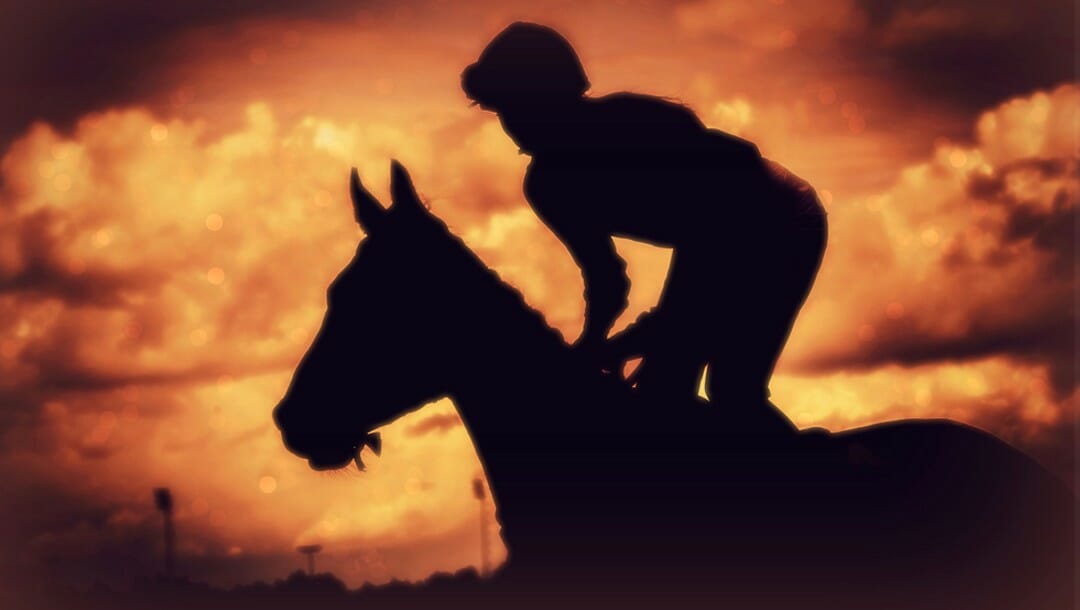 Horse racing has been part of American culture ever since the first horse racing track was laid out at Newmarket in 1665. The sport really took off in the 19th century with the establishment of the Triple Crown, which included the Kentucky Derby, Preakness Stakes and Belmont Stakes. Crowds of thousands flocked to cheer on their favorites and bet on the results.

As the sport developed, champions such as Seabiscuit, Man o’ War, Secretariat and others became national legends. Today, horse racing betting is more accessible than ever before, thanks to mobile betting technology. With online sports betting, all the fun and tradition of the Sport of Kings is at your fingertips! Why not try our horse racing quiz to whet your appetite and test your knowledge?

What is the unofficial theme song of the Kentucky Derby?

Run for the Roses by Dan Fogelberg has been adopted unofficially by the Kentucky Derby, which is also known as the Run for the Roses because the winning horse of the race traditionally gets a wreath of roses. The song describes the race as “the chance of a lifetime in a lifetime of chance.”

When was the first horse racing track founded in the US?

The Newmarket course was established in Salisbury, New York, in 1665. It was the first step toward the US becoming a major capital of the racing world.

What are the primary types of horse racing? 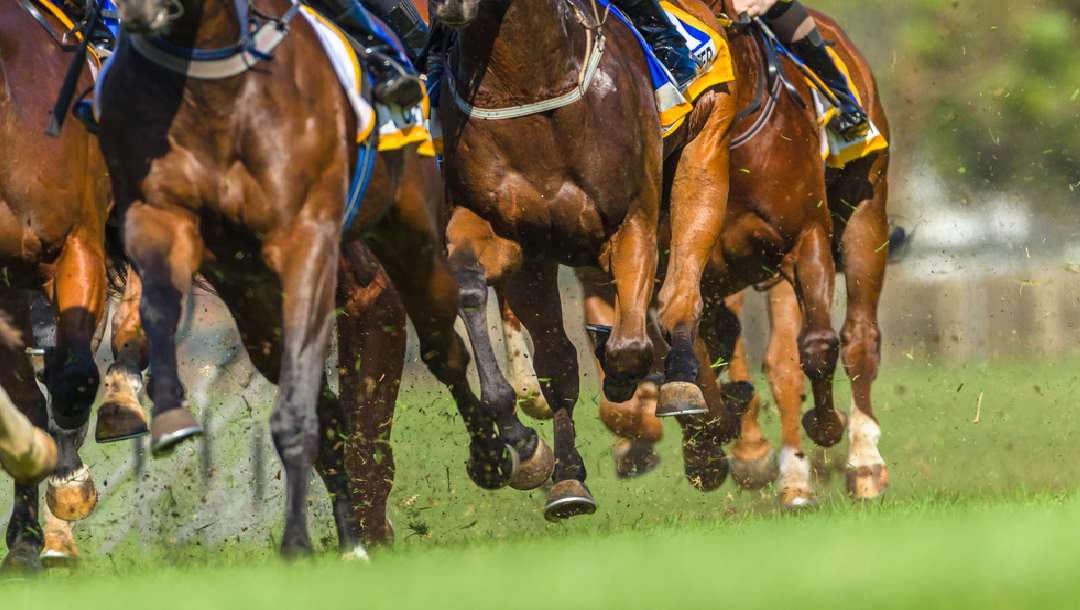 There are four primary types of horse racing: Flat racing, harness racing, endurance racing and steeplechase. In flat races, horses race around an oval without obstacles. In steeplechase, they jump over obstacles. Harness racers pull a cart and endurance racers cover extreme distances.

What is the world’s richest turf race?

With prize money of $15 million, the Everest is the richest turf race in the world. It’s held every October as the main feature of the Sydney Spring Carnival in Australia.

Red Rum won the Grand National at Aintree, England, in 1973, 1974 and 1977. Red Rum became lame at age 7, but his trainer Ginger McCain reconditioned him by running him on sand and in the sea.

Which is the world’s biggest horse racing market?

Believe it or not, the Hong Kong racing market generates the most revenue in the world. Some of the most prominent horse betting circles are based there, including the Hong Kong Jockey Club, founded in 1884.

Which racehorse is the most expensive of all time?

The most expensive racehorse of all time (so far) is Fusaichi Pegasus. The Kentucky Derby 2000 champion cost $70 million. Fusaichi Pegasus earned almost $2 million during his career and sired over 75 stakes winners around the world.

Which horse holds all the Triple Crown speed records?

Can you name the famous horse that holds the speed record in all three Triple Crown races? That would be the much-loved Secretariat, who blasted all opposition aside in the 1973 Triple Crown. Also known as Big Red, Secretariat is renowned as arguably the greatest racehorse of all time, as you would expect after the stallion’s 1973 Triple Crown performance that saw him win the Kentucky Derby in 1:59 2/5, the Preakness in 1:53 and the Belmont in 2:24. Secretariat died in 1989 aged 19 but with earnings of over $1,300,000.

Who was the first woman to compete in the Kentucky Derby? 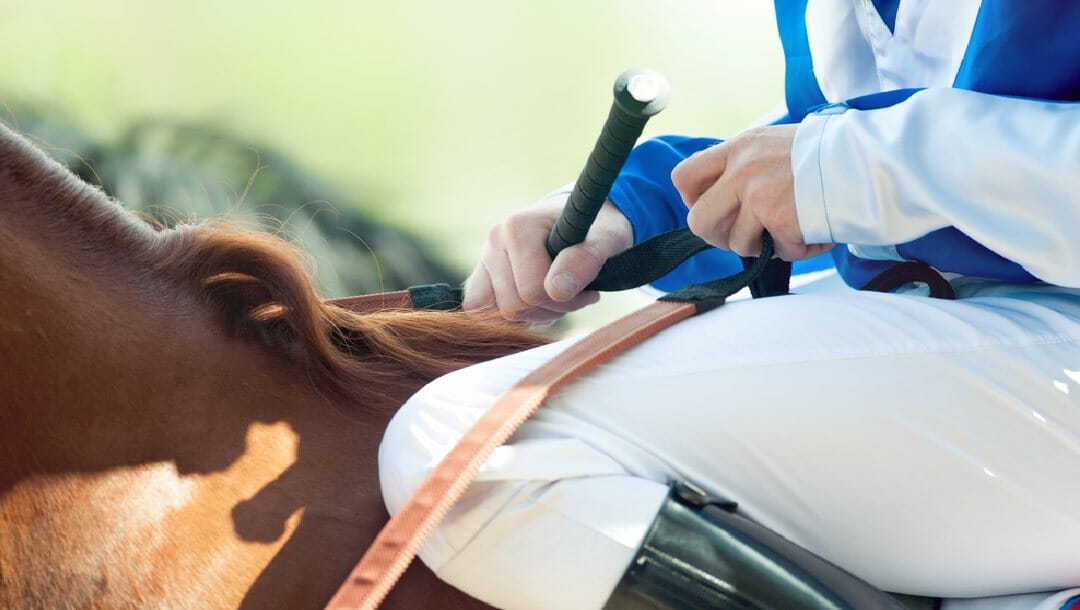 For a long time, women were barred from voting and horse racing, forcing some determined lasses to dress up as lads to sneak into a race. More recently, women have been taking part (and winning) in horse races against men. Diane Crump became the first woman in the USA to ride in a pari-mutuel race and became the first woman to compete in the Kentucky Derby.

How many female horses have won the Kentucky Derby?

Three mares have won the Kentucky Derby against a field of stallions and geldings. These include Winning Colors (1988), Genuine Risk (1980) and Regret (1915).

How old does a horse have to be to race?

Horses need to be in their second year to race on flat tracks and if there is jumping involved, they have to wait until they are 3. The strain on the horse’s body is just too much if they are pushed at a younger age. Horses generally hit their career peaks between four to six years of age.

What racehorses have been in the movies?

Hollywood movies have been made about Ruffian (2007), Seabiscuit (2003) and Secretariat (2010). A special mention goes to Alydar, the legendary rival of Affirmed. Alydar’s mysterious death is the backdrop to Wild Ride (2010).

Which racehorse’s funeral was broadcast on the radio?

When Man o’ War died in 1947, his funeral was broadcast internationally on the radio. The first horse to be embalmed, Man o’ War’s casket was lined in his racing colors.

Both actresses star in National Velvet (1948), the story of a horse-crazy girl who disguises herself to race as a jockey. The sequel, International Velvet (1978), starred Anthony Hopkins and Tatum O’Neal.

What are the most common NYRA bets?

In the States, punters usually bet on a horse winning (a win), finishing second or third (a place) or finishing in the top three (a show). These options are simple enough that most bettors don’t need these horse racing bets explained to them!

How do you read horse racing odds?

In calculating the odds in horse racing, betting agents use a formula that includes how much money has been bet on any one race, how much is bet on each horse, as well as the percentage of money that will be owed to the track for hosting the race. It can take beginners a while to learn how to read horse racing odds, so take your time and practice with smaller bets until you know the ropes. Bear in mind that the payout is usually based on the final odds that were calculated on each horse or bet just before the race started rather than the odds you bought in at. This helps to prevent syndicates from cashing in by influencing payouts.

Get a head start with online sports betting at BetMGM

Keen to get started with horse racing betting? Sign up at BetMGM for mobile betting on the best races in the US and around the world. Follow the champions through the stages of the Triple Crown and discover the different types of horse racing. In between horse races, we have a broad range of other online sports betting options for you to explore, from major league sports to tennis, golf, Formula 1 and more. Whatever your sport, you can get behind it here at BetMGM.