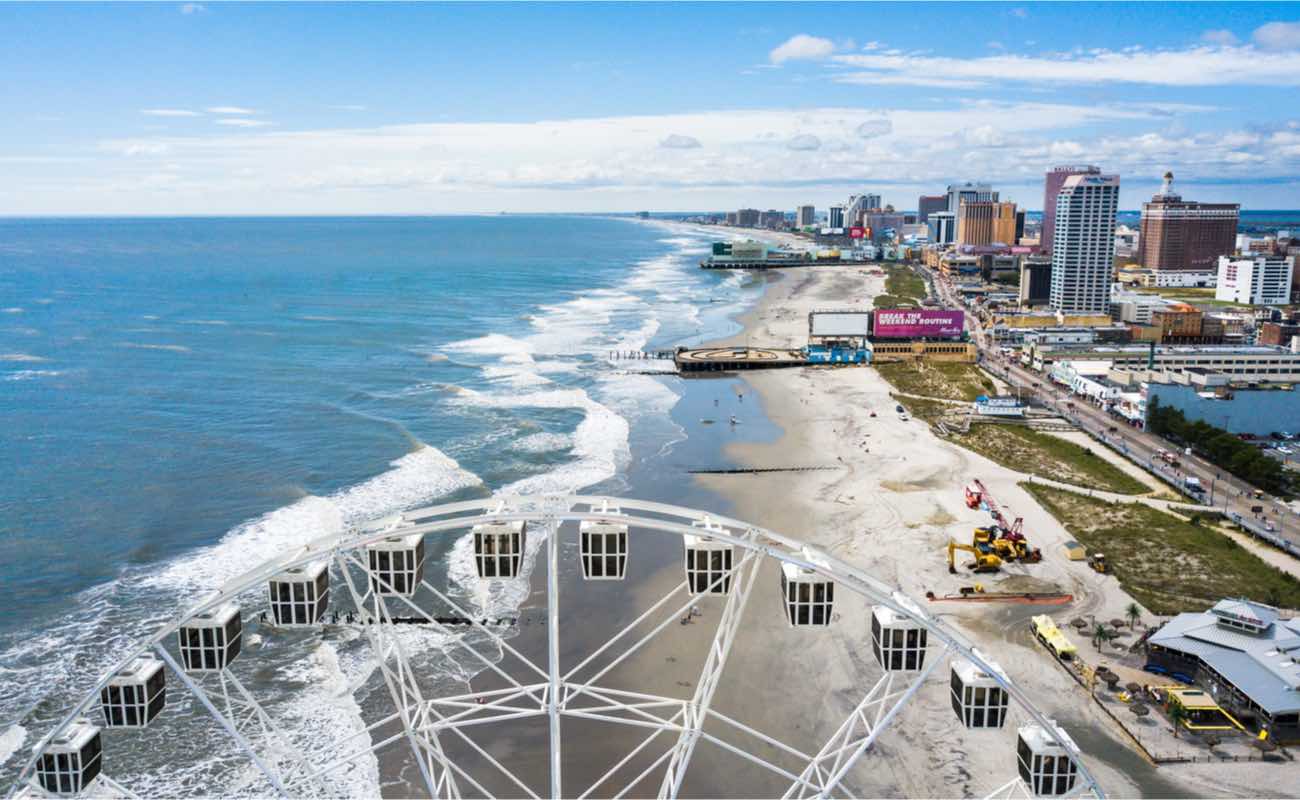 Atlantic City has been a resort destination, casino hub and pleasure-seekers’ paradise since the early 20th century. People from all over the United States have been coming to New Jersey’s biggest tourist attraction to play, drink and most importantly, win some money. Gambling in Atlantic City has changed and transformed with the times, and 2020 promises no halt in the evolution of the game. Online casinos, such as BetMGM, offer a myriad of choices for avid gamblers as well as sports enthusiasts. It’s no wonder that Atlantic City is widely known as “The World’s Playground” — since the prohibition era people have been able to flock to the idyllic beachfront destination, let loose and play without a care in the world. But how exactly did Atlantic City come to be known as the center for gambling, decadence and getting lucky?

Atlantic City, New Jersey, hugs the Atlantic Ocean and boasts sprawling beaches. This made the city an ideal target for hotel real estate moguls since the late 1800s. The city’s first hotel, The United States Hotel, was the biggest in the United States at the time, with over 600 rooms that spanned over 14 acres. The construction of the now-famous Atlantic Beach Boardwalk was done in 1870, which precipitated the boom in hotel development over the early 1900s. Hotels such as the Ritz Carlton, Mayflower and the 24 stories high, Claridge were constructed all along the Boardwalk in the early 1900s, hence the popularized term “Boardwalk Empire”. By the late 1920s, Atlantic City was on the rise to becoming the most popular summer tourist destination on the East Coast of the United States.

No Prohibition for Atlantic City 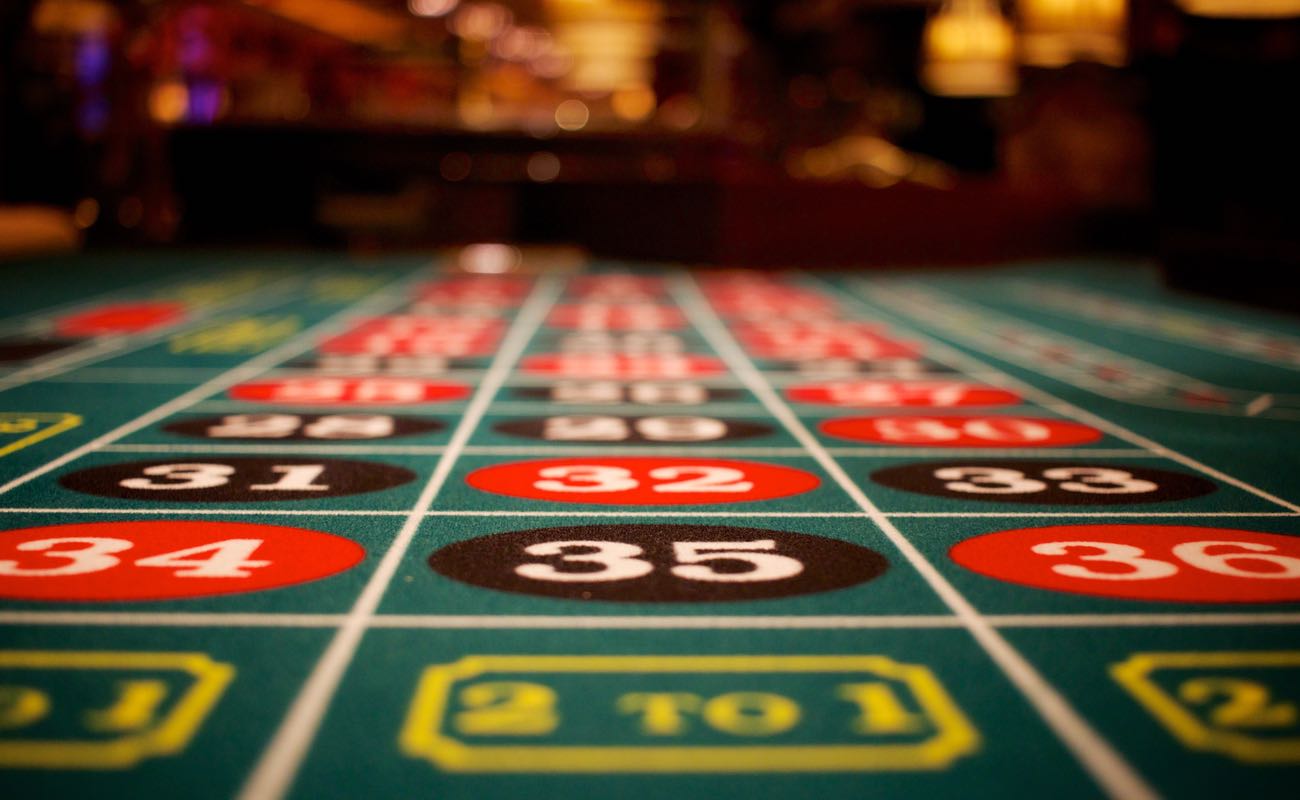 The Prohibition Era can be considered Atlantic City’s ‘Golden Age’ of tourism. Due to the monopoly of the tourist-based economy, business owners’ main priority was to keep their customers satisfied and their hotels filled. Therefore, the prohibition era in Atlantic City looked a whole lot different compared to other parts of the country. Alcohol was freely available, and consumption was definitely encouraged. Local officials of Atlantic City took it upon themselves to oversee the smuggling operations, allowing rum-runners to smuggle alcohol into the city via the docks. Atlantic City was a place where people came to forget about the restrictions of their everyday lives — it was a city that encouraged people to play, to be free and feel invincible. This culture of free-spirited fun created the perfect atmosphere for nightlife to flourish, and amidst the partying, people started taking to betting and gambling too. The state of New Jersey was notoriously lenient towards gambling activities, despite all gambling being illegal since 1897. During the prohibition era of the 1920s and 30s, speakeasy establishments and a thriving nightlife made bookmaking and betting operations easy to establish and maintain. People were living on the edge, and gambling made that way of life that much more exciting. With booze, money, music and parties, Atlantic City became “The World’s Playground”.

The Second World War, much like everywhere else in the States, had an effect on the tourist economy in Atlantic City. As a result of the general economic decline, the popularity of the resort destinations and casinos dwindled. From the outside, Atlantic City’s heyday looked as if it was quickly passing. The 1960s saw many hotels being re-purposed for housing blocks or homes for the elderly. However, at the start of the 1970s, efforts were made to revive the resort town’s popularity and economy, and the first step in doing that was legalizing gambling in the state of New Jersey. In a 1974 referendum, only 40% of New Jersey residents voted for the statewide legalization of gambling. Concerns regarding mob activity, corruption and exploitation filtering into their businesses and economy drove New Jersey residents to opt against gambling culture. However, Atlantic City businessmen and local officials were steadfast in their belief that legalizing gambling would result in the comeback of “The World’s Playground” and encouraged people to vote for the legalization of gambling within the walls of Atlantic City, only. By 1976, gambling was officially legal in Atlantic City. Casinos started opening up everywhere, with the first legal casino, Resorts Atlantic City, already opening its doors in 1978. 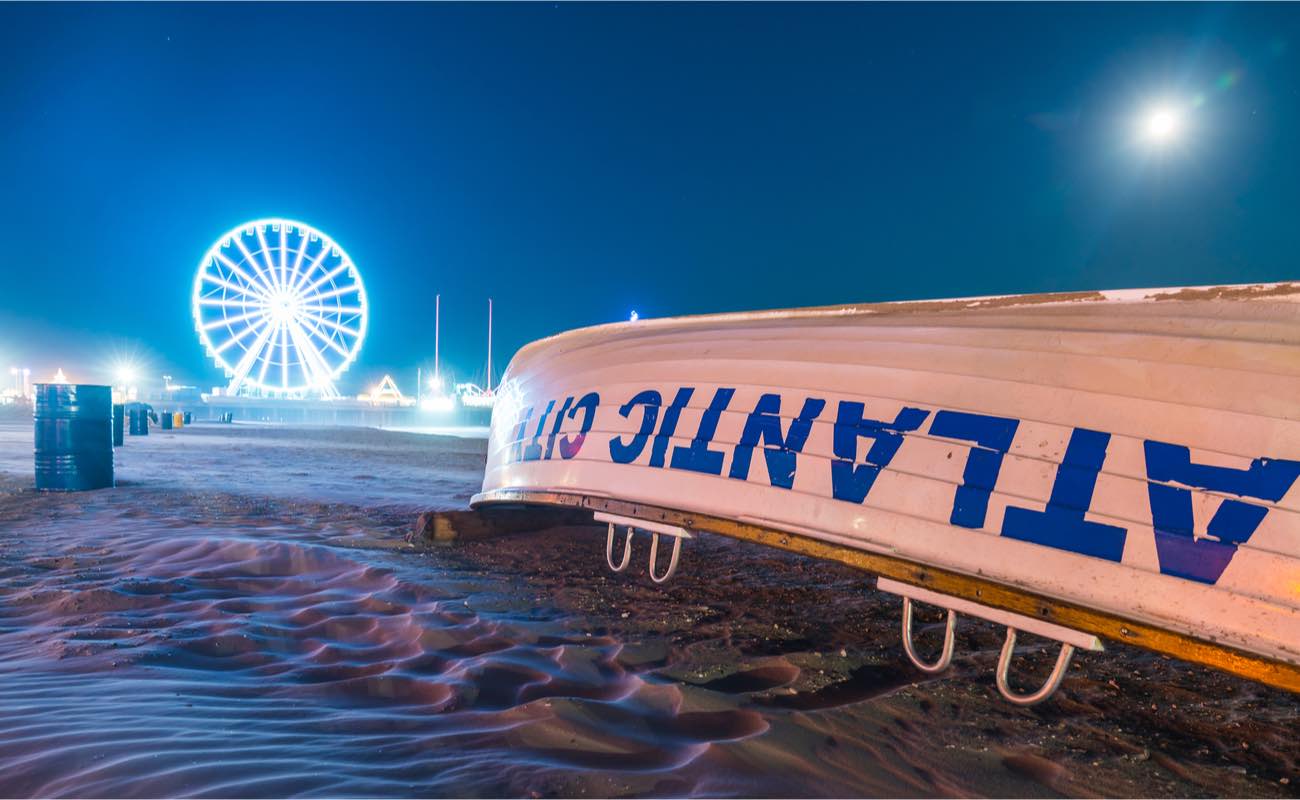 The 1980s showed a considerable increase in tourism within Atlantic City, and the casino and gambling industries flourished. Real estate in Atlantic City was a hot commodity, and property moguls, such as Donald Trump, swooped in and started building casinos left, right and center. By the end of the 1980s, Trump owned Trump Plaza, Trump Castle and The Trump Taj Mahal with plans to open a fourth. Atlantic City was once again the place to play and party. Trump’s reign of the Atlantic City casino scene lasted throughout the 90s, but the turn of the century called for a fresh look and feel. In 2003, MGM Mirage Company and Boyd Gaming launched the Borgata Hotel Casino & Spa. The Borgata introduced a more sophisticated casino experience to Atlantic City. Instead of hundreds of slot machines, The Borgata had options for over 200 table games as well as extensive poker playing facilities. The Borgata experience was chic and sophisticated — the casino boasted high-end restaurants and a cosmopolitan nightlife scene. In 2005, Borgata’s revenues came to approximately $700 billion, making it the highest-earning casino in Atlantic City. Throughout the 2000s, Borgata remained the industry leader, despite another crash in the economy which affected casinos in Atlantic City, forcing them to close their doors in 2014.

The Borgata group was one of 5 established Atlantic City casinos to start offering online gambling services from the end of 2012. Online gambling for Atlantic City casinos was now available for players within the state of New Jersey. Taking gambling online opened up a world of opportunities, not only for players but for casino owners as well. Online revenues skyrocketed by 32% from 2015 to 2016. The more accessible platform generated excitement from players and piqued a vested interest in sports betting, in particular.

Online sportsbooks have become widely popular for residents in the state of New Jersey. BetMGM is one of the most popular online casinos and sports betting services, as it was the first all-in-one online gambling site in New Jersey. BetMGM gives its users the option to bet on a wide variety of sports, ranging from the most popular to the more obscure, niche choices. Their many options encourage users to play and have fun, which makes them a perfect addition to the “The World’s Playground”. Atlantic City has built its reputation around encouraging people to indulge, play and be spontaneous. Online gambling and sports betting, like the services provided by BetMGM, just make the fun available to you from anywhere you are in the world, allowing you to tap into The Playground’s magic, whenever you need to.