Can Ja’Marr Chase Get Over 100 Yards Against Tennessee? 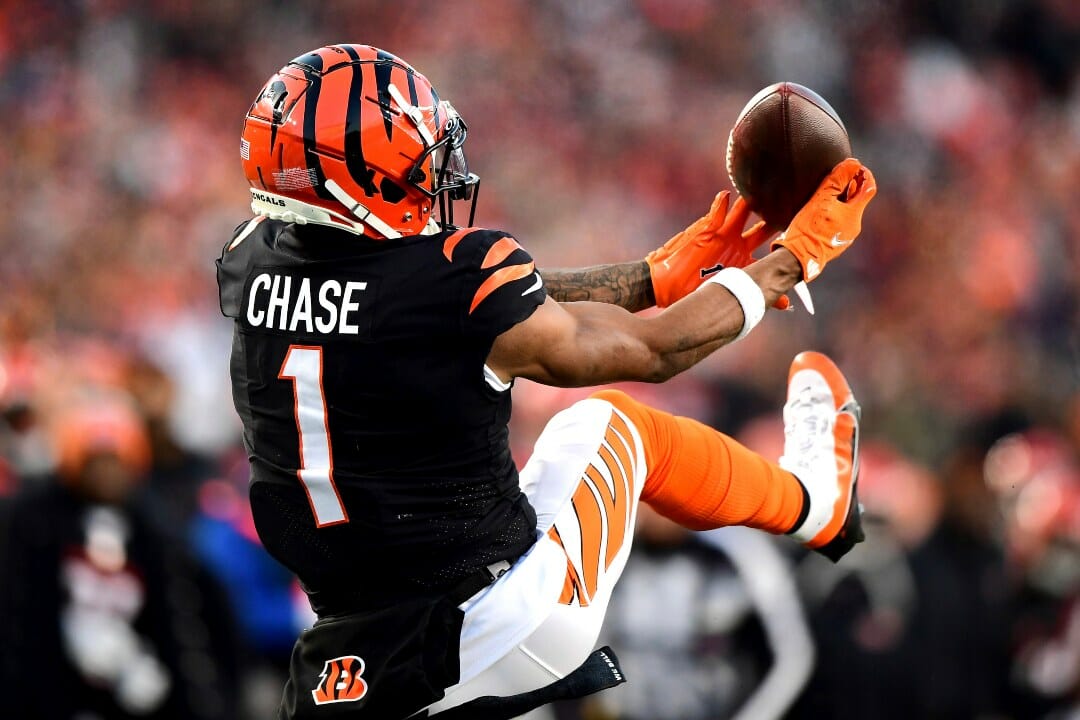 Chase and the Cincinnati Bengals will now hit the road to face the Tennessee Titans. The football betting odds have the Bengals as 3.5 point underdogs, but will a big day from Chase lead Cincinnati past Tennessee and to the AFC Championship game? Let’s take a look.

In Week 18, the Titans were burned by the lowly Houston Texans passing game (28th in yards per game) when Davis Mills threw for over 300 yards, and WR Danny Amendola had 113 receiving yards and two touchdowns.

Two weeks before that, Jimmy Garoppolo and the San Francisco 49ers torched the Titans for 322 passing yards, with Deebo Samuel piling up 159 receiving yards.

It was a rookie season for the history books for Ja’Marr chase. The speedy wideout finished the season with 81 receptions, 1,455 receiving yards, and 13 trips to the endzone. He also had a ridiculous 18 yards per reception and an average of 85.6 yards per game.

At just 21 years old, the fifth overall pick set multiple records this season, including the most receiving yards by any rookie in the Super Bowl era. He also set the record for most yards a rookie had ever had in a game when he went for 266 in Week 17 in a pivotal game against the Kansas City Chiefs.

Chase finished the year with 13 touchdowns, second-best all-time for a rookie, behind only the great Randy Moss (17).

How Many Yards for Chase?

During the 2021 regular season, Chase went over 100 yards receiving in five games.

While the Titans rank 17th in yards allowed per pass attempt (6.6), they’ve given up an average of 7.3 per attempt over their previous three games.

Joe Burrow loves to throw to Chase, targeting him 128 times in the regular season. Against a weak Tennessee pass defense, Chase could easily see ten targets or more, which I believe will push him over 100 yards.

Who Do You Have This Week?

You can count on more fireworks from Ja’Marr Chase and the Bengals this week in a game that should have their talents on full display. Things could get interesting if Titans’ star running back Derrick Henry makes his return.

Do you think Chase will light it up this week? Or will the Titans’ defense hold?

Why not make a wager with the best in Tennessee sports betting? Create a BetMGM account today and receive a risk-free initial bet worth up to $1,000.