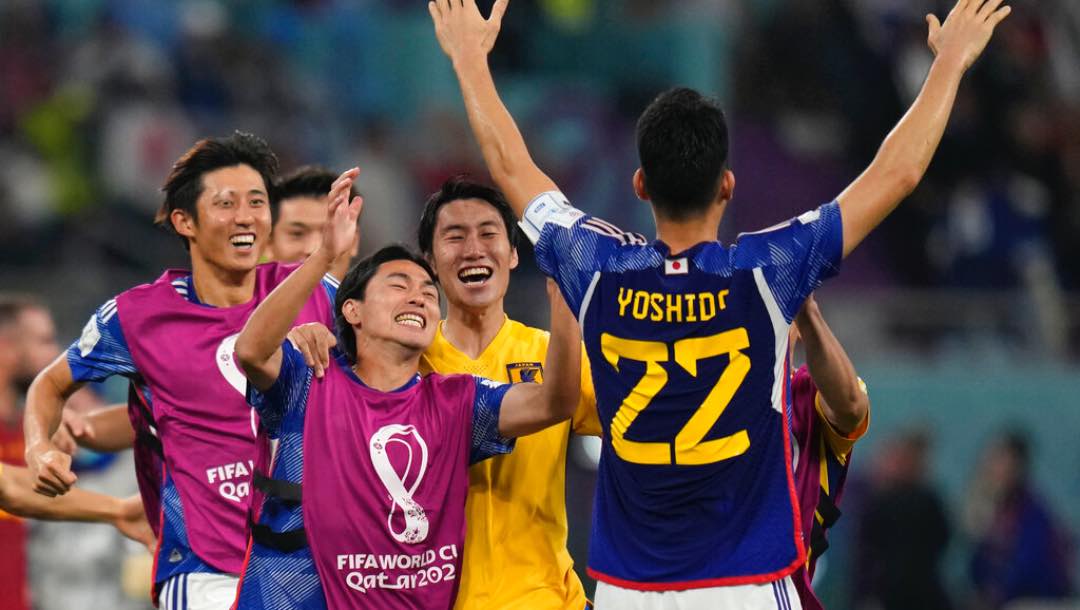 Japan and Croatia will go head to head in the FIFA World Cup Round of 16.

Both teams needed a little luck to advance, with Japan getting a controversial goal, while Croatia needed Belgium’s Romelu Lukaka to miss a handful of easy goal-scoring opportunities.

Will Croatia be the team that finally puts a stop to Samurai Blue? Or will the aging Croatian team struggle to contain Japan’s pace and self-belief?

The winning team model predicts Japan will win this Round of 16 game with 44% confidence. The model also predicts a 27% chance of a tie/draw in regular time.

If someone had told me before the tournament that Japan would beat both Germany and Spain to advance to the Round of 16, I would have had a really hard time taking them seriously. But here we are.

The Samurai Blue has beaten two of the best teams in the world, but they did lose to Costa Rica in between. Hajime Moriyasu will be thrilled about what he has seen from this team so far.

Japan is renowned for its technical ability, hard work, and organization, but they came from behind in the wins against both Spain and Germany, which shows just how much confidence and self-belief they have.

Whether or not the ball went out in the build-up to their second goal against Spain will be discussed for some time, but the truth of the matter is that Japan created its own luck. The players did not stop working for the entirety of the game, and the manager made some astute substitutions at halftime.

Ritsu Doan scored in both appearances off of the bench, and he deserves a chance to start against Croatia.

Croatia has been neither here nor there so far in this World Cup.

They certainly haven’t looked like the 2018 runners-up for most of the time, but they’ve shown glimpses of brilliance and the beautiful passing game that they have become renowned for.

Their only win came against Canada, while they settled for two scoreless draws in their other games. Offensively, Croatia has looked a little toothless, but in defense, there’s Joško Gvardiol, and he’s been absolutely immense in helping this team with shutouts

Marcelo Brozović, Mateo Kovačić, and Luka Modrić make up one of the best midfields in the world, but they have been a little bit slow for my liking. They will really need to up the tempo if they want to contain an energetic and driven Japanese team.

Zlatko Dalić needs his team to find another gear, or they will struggle.

Japan comes into this game confident that they beat two of the world’s best on the way, while Croatia can only thank their lucky stars that Romelu Lukaka missed the goal on more than a couple of occasions.

Croatia is undoubtedly the more experienced team, and all the odds suggest that they will win this game. I can’t help but go with the underdogs here, however, and I’m going with Japan to win.