Can Joe Burrow Lead the Bengals to a Win Over the Titans? 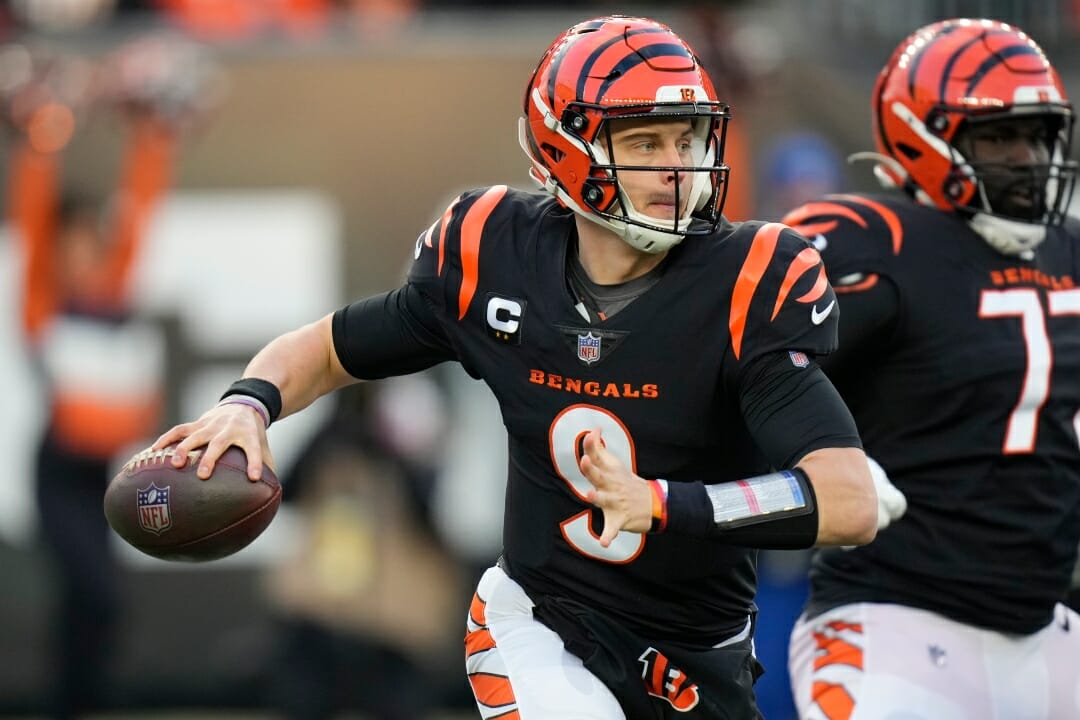 The legend of Joe Burrow continues to grow in Cincinnati. After a sensational season where Burrow threw for over 4,600 yards and 34 touchdowns, the 25-year-old achieved the first playoff victory of his young career after a 26-19 win over the Las Vegas Raiders.

The Cincinnati Bengals QB will now take the show on the road to the Music City to face the Tennessee Titans in the Divisional Round. The football betting odds have the Bengals an early 3.5-point underdog, but let’s look at what it will take for Cincinnati to topple the Titans.

After suffering a devastating injury in his rookie season, Burrow returned this year with a vengeance. He finished sixth in the league in passing yards with 4,611 yards while throwing 34 touchdowns to go with 14 interceptions.

The LSU product averaged an impressive 288.2 yards through the air per game and had a league-leading 70.4 completion percentage. In Burrow’s last three games, he’s thrown for 1,215 yards with ten touchdowns and no interceptions.

These two teams aren’t all that familiar with each other, playing only once every three years. The last matchup took place in 2020, and Joe Burrow led the Bengals to a 31-20 victory.

Although Tennessee finished first in the AFC and will be well-rested after the bye, the Bengals match up nicely against them. The Bengals’ two significant strengths are throwing the ball and defending the run. They finished seventh in the league in passing yards per game (259) and seventh against the run, allowing only 102.5 yards on average.

This is bad news for Tennessee. The Titans rank fifth in the league in rushing offense (141.4 yards per game) and struggle against the pass, ranking 25th in passing yards allowed per game (245.2).

How To Bet This Game

This matchup is tough to call and is a true “pick ’em” in my opinion. All signs point to Derrick Henry being activated from the injured reserve and playing in this game, which could be a problem for Cincinnati regardless of their stout run defense.

Both teams have been solid against the spread this season, with the Titans 10-7 and the Bengals 11-7. I love the favorable matchups for the Bengals illustrated above, and for that reason, I will take Cincinnati with the points. I believe they have a chance on the moneyline if Burrow stays hot, but the impending return of Henry could wreck the game for the Bengals.

Can Joe Burrow and the Bengals Advance to the AFC Championship?

Burrow and the Bengals look like a team capable of beating anybody. They proved this in Week 17 when they defeated the Kansas City Chiefs in what was a massive game for both teams.

Can the Bengals continue to roll? Head to BetMGM’s online sports betting site and create an account today for a risk-free initial bet of up to $1,000.