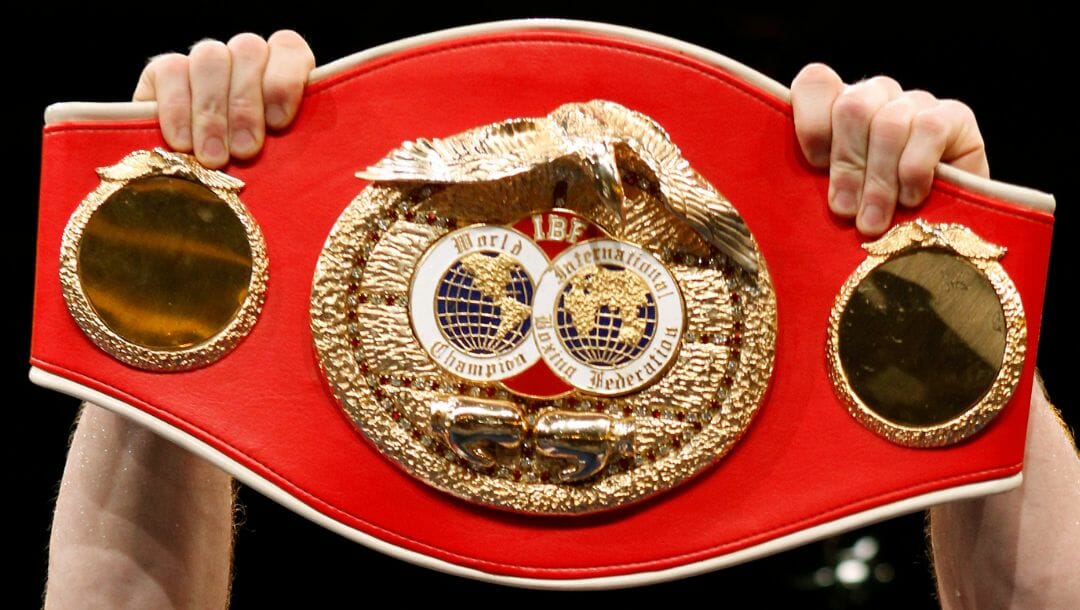 United Kingdom’s Josh Warrington (31-1-1) will have his first official defense of his IBF World Featherweight Title against Luis Alberto Lopez (26-2) this Saturday, December 10, inside the First Direct Arena in Leeds, England. Warrington won the title early this year via TKO and wants to fend off the challenge from Lopez, who has nine straight victories, including seven TKO/KOs. This title fight is part of a stacked online boxing betting weekend.

The Hometown Hero is 🔙@j_warrington vs. Luis Alberto Lopez for the IBF World Featherweight Title in Leeds 👑

Warrington, the defending champion, will come in as the favorite in the boxing odds at -140, while Lopez, the challenger, plays the small underdog role at +120. A win from either boxer will guarantee them a big fight against other top names in the divisions, such as Leo Santa Cruz, Rey Vargas and Emanuel Navarrete.

The Leeds, Yorkshire native, was pitted against Chris Male for the vacant British Boxing Board of Control English Featherweight crown and scored a unanimous decision win to obtain the title. Warrington defended this title twice over Jamie Speight (in March 2013) and Ian Bailey (in their September 2013 rematch), both via unanimous decision, before gunning for another title in November 2013 versus Samir Mouneimne for the vacant Commonwealth Boxing Council Featherweight Title.

Warrington stopped Mouneimne in the 12th round of their title showdown to bag his second boxing title. The “Leeds Warrior” enjoyed successful defenses of both titles after victories over Rendall Munroe (seventh-round TKO in April 2014) and Martin Lindsay (unanimous decision in May 2014). These triumphs weren’t enough for him as he also picked up the vacant EBU European Featherweight Title in October 2014 with a fourth-round TKO stoppage of Davide Dieli.

After another TKO stoppage win in February 2015 over Edwin Tellez, Warrington competed for the vacant WBC International Featherweight Title against Dennis Tubieron in April 2015, where he unanimously beat him. He continued to pile up the victories by beating Joel Brunker (unanimous decision win in September 2015), Hisashi Amagasa (unanimous decision win in April 2016), Patrick Hyland (ninth-round TKO in July 2016), Kiko Martinez (majority decision in May 2017) and Dennis Ceylan (tenth-round TKO in October 2017).

This immaculate streak has led Warrington into his first major title bout and challenged Lee Salby for the IBF World Featherweight Title, where he picked up the close split decision victory. Shortly after, Warrington defended the title trice over Carl Frampton (unanimous decision win in December 2018), Kid Galahad (split decision win in June 2019) and Sofiane Takoucht (second-round TKO in October 2019). But after these victories, the “Leeds Warrior” sustained two consecutive stains in his record.

Mauricio Lara dealt Warrington his first career loss in February 2021 with a ninth-round TKO in a non-title fight contest. They immediately ran it back seven months later, in September of 2021, but it ended up in a draw via technical decision after an accidental clash of heads opened up a massive cut to Lara’s left eye, which forced the ringside doctor to call off the fight. The two haven’t crossed paths since that unfortunate ending to their second meeting.

Josh Warrington’s latest win came at the expense of Kiko Martinez in their rematch as he reasserted his mastery over him with a seventh-round TKO finish to defend his IBF World Featherweight Title for the fourth time and maintain his status as one of the finest champions in the ultra-competitive 125-pound division.

Luis Alberto Lopez only started his professional boxing career in November 2015, when he fought Francisco Javier Grande Pachecho and got the split decision nod from the judges. Then, he went on a nine-fight winning streak, including four TKO/KO wins in just 19 months, to secure his first shot at a minor title in his career against Christian Beilma in October 2017 for the Mexican Pacific Coast Super Featherweight Title.

Lopez dominated the fight with Beilma and won unanimously to collect his maiden boxing title. After that championship triumph, he defeated Andres Tapia in a non-title contest in January 2018 via points. However, Lopez’s reign as the Mexican Pacific Coast Super Featherweight Champion was ended by Abraham Montoya, who snatched the belt from him through a close split decision victory in March 2018.

But the curse of being unable to defend a boxing title haunted Lopez once again as he failed to beat Ruben Villa in May 2019 to receive his second career loss and yield the WBO International Featherweight Title to him via unanimous decision. But since this defeat, “El Venado” has redeemed himself and has been on a tear by riding a nine-fight winning streak.

Josh Warrington vs. Luis Alberto Lopez: Tale of the Tape and Fight Analysis

Looking at the tale of the tape between the two boxers, Josh Warrington will be enjoying a three-inch of height and an inch of reach advantage over Luis Alberto Lopez as he stands at 5-foot-7 with 67 inches of reach against the latter’s 5-foot-4 height and 66 inches of reach. However, the Mexican is three years younger at 29 than the British, who is now 32. Additionally, Lopez has a higher finish rate of 54% against Warrington’s 24%.

This title fight will be an interesting and intriguing clash, especially the type of approach that these featherweight hitters will carry into the bout. On one end, a flat-footed pressure fighter in Warrington, who loves to utilize his jab to set up his power combinations, while on the other end, who is a speedy power puncher in Lopez, who uses his quickness and angles to blitz his opponent.

Although not known for finishing his opponents, Warrington still carries an underrated power that inflicts damage that accumulates throughout the bout. This wears down Warrington’s opponents, especially in the late rounds, and allows him to win via decisions. Also, he constantly puts his opponents under pressure by maximizing his stiff jabs and moving forward for the entire fight.

Meanwhile, Lopez relies on his power, allowing him to finish over half of his opponents in his entire career. “El Venado” can put down his opponents with punches to the head and the body because he puts bad intentions into every punch. The key for him in this fight is to find the right angle, dance around Warrington to avoid the pressure and combinations he will be throwing, and never let his guard down to prevent any counterpunches from the champion.

Betting on boxing odds is the best way to get closer to the ring.

BetMGM has online boxing betting odds for hundreds of matches each year, including heavyweight title bouts, lightweight matches, and more. And with live betting, you can bet during matches.

Check out the sportsbook today to place your bet!