Will Julio Jones Score Against the Bengals? 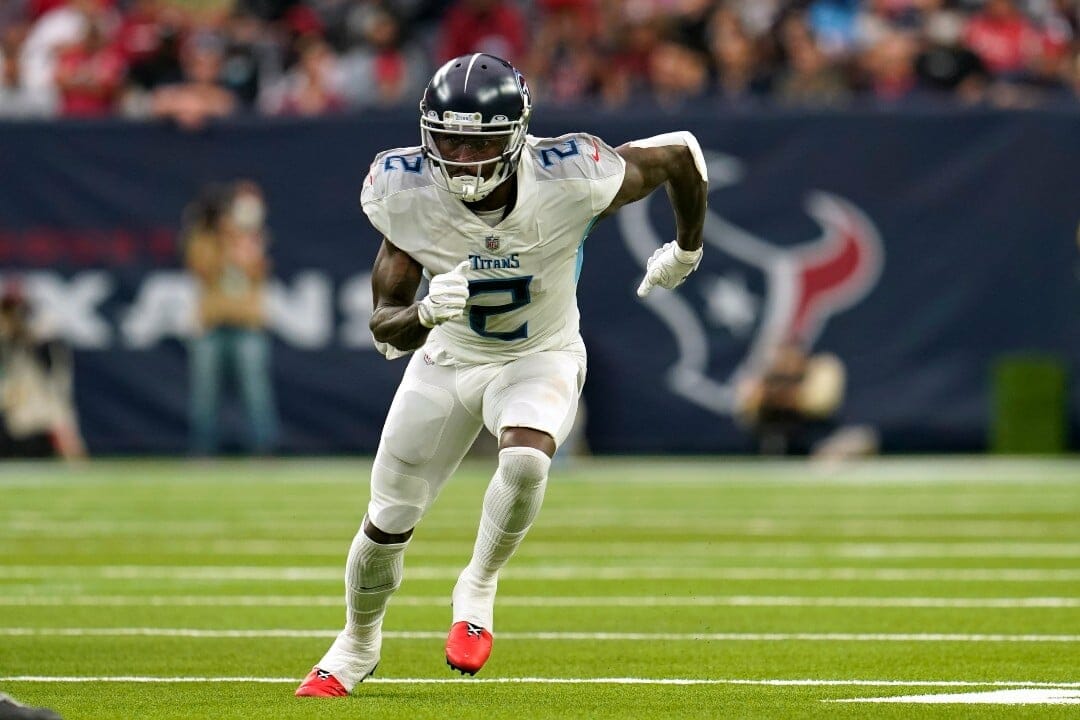 It took WR Julio Jones until Week 18, but he finally scored his first touchdown for the Tennessee Titans. In what has been a largely disappointing year for the future Hall of Famer, Jones spent a good portion of the season on the injured reserve and struggled to get anything going when he did play.

The Titans will now host the Cincinnati Bengals, and Jones will hope to carry his momentum from the last game of the season into this one. The football betting odds have the Titans as a 3.5 point home favorite, so let’s see if Jones can find the endzone and help his team reach the AFC Championship.

Tennessee is a run-centric team, and I expect them to pound the ball this week whether they have Derrick Henry back or not. The Titans averaged 32.4 rushing attempts per game in the regular season, most in the league.

The problem is that the Bengals’ strength on defense is defending the run. They rank seventh in the league in rush defense, allowing an average of 102.5 yards per game. Tennessee may need to throw the ball in this game to win, which will help Jones get yards.

Jones was plagued by injuries all season long and wound up with only 31 receptions, 434 receiving yards, and just a solo touchdown.

The 32-year-old now appears to be in his twilight years. Jones has racked up over 13,000 yards throughout his career to go with 61 touchdowns but has been in a steady decline the last couple of seasons.

Even with his career-low 43.4 yards per game this year, Jones has still averaged a stellar 91.9 over his career. Jones has played eight playoff games, putting up an impressive 61 catches for 834 yards and six touchdowns.

The Titans Will Try to Run

Titans RB Derrick Henry’s impending return will undoubtedly impact this game and the way Tennessee will game plan. Henry led the NFL in rushing until his injury, and though he missed nine games, he still finished tenth in rushing attempts and ninth in rushing yards.

But the Titans have one problem, which could translate to Julio Jones scoring.

Joe Burrow and the Bengals can start hot. Last week against the Las Vegas Raiders, the Bengals scored 20 points in the first half. If Burrow and WR Ja’Maar Chase can establish the passing game and take a first-half lead, that could force the Titans to throw the ball more.

If the Bengals push the Titans from their comfort zone, QB Ryan Tannehill will look for a steady-handed veteran receiver to help dig his team out of a hole.

Will Julio Jones score? I expect the Bengals to start fast and attempt to pour on points through the air early. If they’re successful, and I think they will be, the Titans will have to pass the ball to catch up.

As a veteran, Julio Jones should get plenty of looks from Tannehill, giving him a great chance to score.

What do you think? Can Julio Jones cross the goal line for the Titans this week?

Why not place a wager with the best in Tennessee sports betting? Create a BetMGM account today and receive a risk-free initial bet worth up to $1,000.