Can the Kansas City Chiefs Beat the Buffalo Bills? 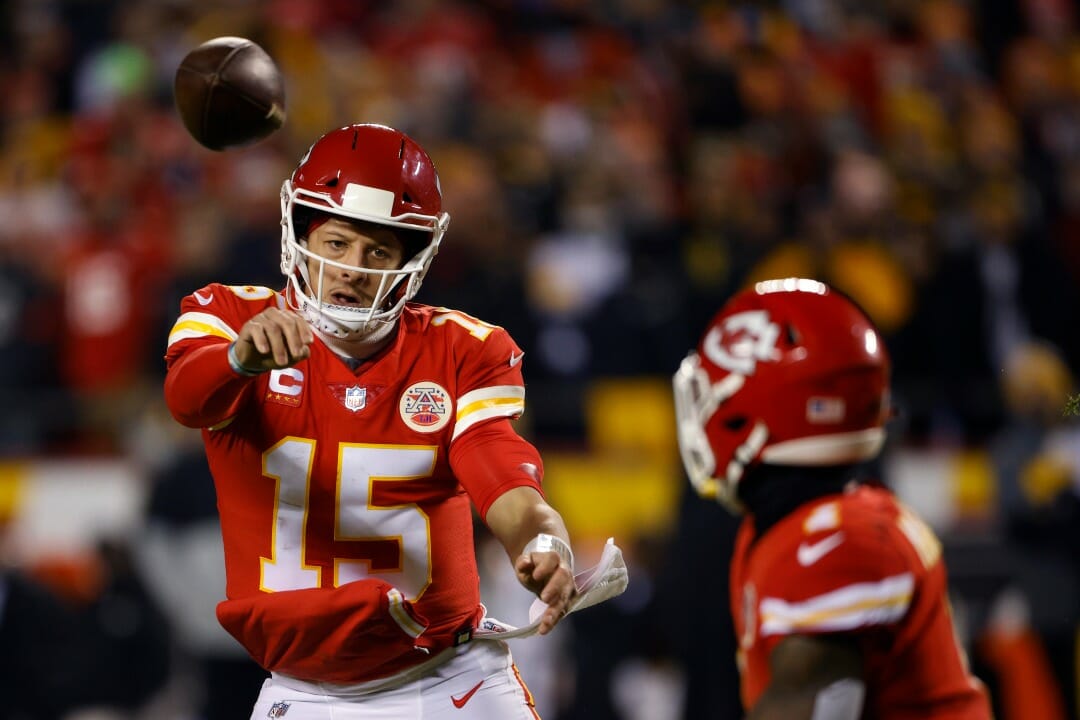 But before we look at whether the Chiefs can get past a powerful Bills team, here’s the information you need to know.

The Bills crushed the New England Patriots last week, 47-17. Josh Allen was 21-25 for 308 yards and five touchdowns. Buffalo scored on every possession except the final when they knelt for the victory.

The Bills’ first-ranked scoring defense deserves recognition for allowing only one score or less per quarter. The Bills also created four turnovers while giving up none, which was a significant factor in their win.

Buffalo was in total control and looked like the team that beat the Chiefs 38-20 earlier in the season. In that game, Buffalo also won the turnover battle 4-0.

The Bills are now on a five-game winning streak, scoring an average of 33.4 points. During those games, Buffalo has allowed an average of only 15.4 points.

The AFC West champs are more than capable of scoring points and keeping up offensively with the Bills. The Chiefs have gone 4-1 over their last five games, averaging 34.2 points over that span. Over those five games, the defense allowed an average of 23.4 points.

Kansas City also committed only four turnovers during the last five games. However, two of those contests were against a banged-up Pittsburgh Steelers lineup they dominated by a total score of 78-31.

Kansas City struggled with turnovers this season but improved down the stretch. After throwing 11 interceptions in his first twelve games, Mahomes threw only two over the last five games of the regular season.

The Chiefs’ offense continues to score at a consistent pace. But getting an early lead on the Bills’ defense will be challenging. Buffalo is first in passing yards, total yards, and points allowed per game, and their offense can keep the ball out of Mahomes’ hands.

Changing Of The Guard

Both the Buffalo Bills and Kansas City Chiefs have played excellent football in the last half of the season. They both have offenses that can score points on anyone.

But I’m betting on defense to make the difference this time. I believe Buffalo is more capable of getting defensive stops, so I’m picking the Bills to knock off the Chiefs.

How do you like Kansas City’s chances? Create your account at BetMGM’s online sports betting site to receive a risk-free initial bet worth up to $1,000.