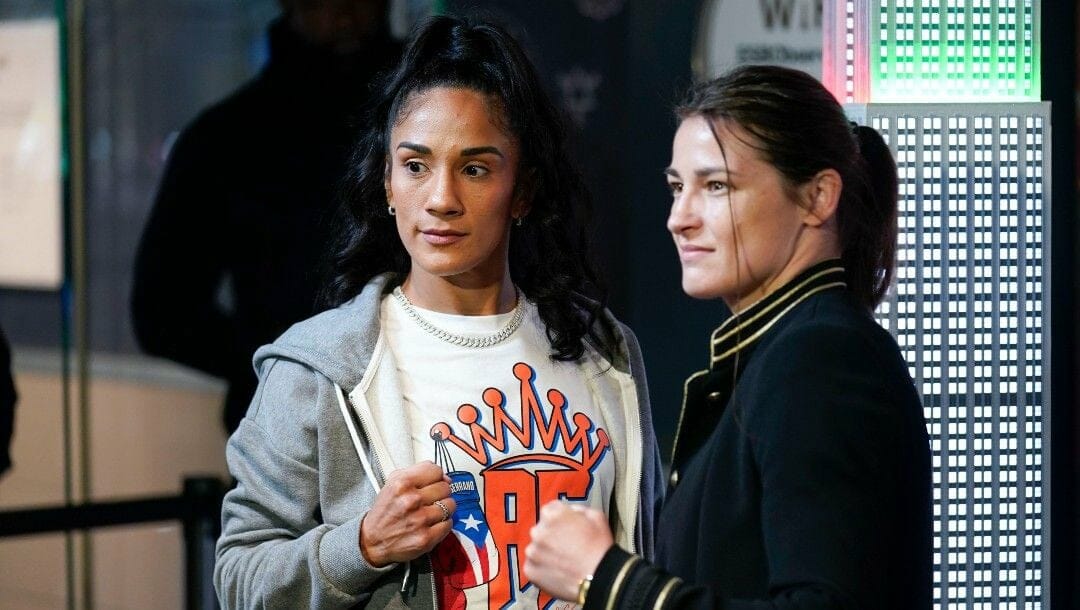 History is bound to unfold this Saturday, April 23, at Madison Square Garden as female boxers have defied the boxing odds by headlining a card for the first time.

It is the first time in over a decade that the No. 1-ranked pound-for-pound fighter will be facing the No. 2-ranked fighter on the list, though the lower-ranked fighter (Serrano) is the favorite to win when it comes to boxing betting lines.

Taylor, the current undisputed lightweight champion, will be bringing her perfect 20-0 record into the fight. She is coming off a unanimous decision win over Firuza Sharipova in December of 2021 which retained her status as the queen of the 135-pounders.

Taylor will be carrying a 30% finishing rate when she meets her Puerto Rican counterpart opposite the ring.

She is regarded as the greatest amateur boxer of all time because of her incredible accolades, including multiple European championships, five world amateur titles and an Olympic gold medal at the 2012 London Olympics.

Meanwhile, her challenger, Serrano, is a pound-for-pound fighter who holds nine titles in seven different weight classes (the only female boxer to do so), ranging from 115 pounds to 140 pounds. Next to Miguel Cotto, she is the second Puerto Rican to hold four titles in four different divisions.

After dominating the lower divisions for as long as she could, Serrano finally focused her sights on the 135-pound division. She earned her right to challenge Taylor by dominating Miriam Gutierrez in her last fight in December of 2021, which was a lopsided victory.

This win has set up the biggest fight in female boxing history.

Regardless of a loss in her record, Amanda Serrano is still the favored winner in the mega-fight with Katie Taylor, mainly because of her punching power that is highlighted by her right hook, allowing her to win seven titles across seven different weight classes.

This knockout power also granted the Puerto Rican a high finishing rate of 68%.

Another factor that makes Serrano the favorite going into the fight is that she has more professional bouts than Taylor, almost double the fights. This counts as an experiential advantage to her side.

Elsewhere, the reigning undisputed and undefeated champion Taylor will be showcasing her spotless record on Saturday. Unlike Serrano, who relies on her power shots, Taylor is a more technical fighter with lightning-quick footwork and counterpunching expertise.

Taylor’s counterpunch opens up for her left hook to inflict damage to her opponents and expect the Irish superstar to fully utilize her three-inch reach edge over the challenger to avoid the bombs she will be throwing.

This elite footwork and overall speed upper hand by Taylor should be the key to holding off Serrano during the match. Because of the power that the No. 2-ranked pound-for-pound fighter possesses, expect a smart and technical game plan from the No. 1-ranked fighter, which could see her extend her run as the undisputed champion of the lightweight division.

My verdict for this mega fight is a superb performance for the defending champion Taylor, where she will be scoring a unanimous decision victory.

Where to Watch Katie Taylor vs. Amanda Serrano Fight

You can watch the Kati Taylor-Amanda Serrano fight when you subscribe to DAZN and sign up here. DAZN subscribers can stream the fight on multiple devices, including mobile devices, TVs, and gaming consoles.