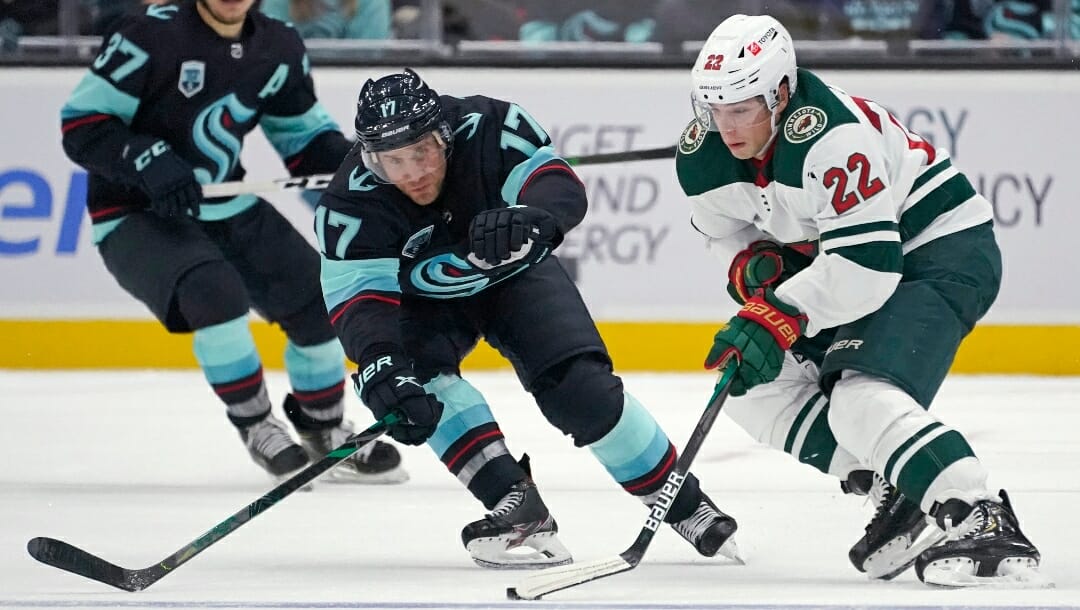 The book is about to close on the Seattle Kraken’s inaugural campaign and it’s gone as well as can be expected.

Thanks to their impressive defensive metrics, the Kraken were competitive most nights and will finish in the middle of the pack in expected goals-for rating, but near the bottom of the actual standings. They’ll have to beat the Minnesota Wild at their own game on Friday night; the Wild has built their team from net out, posting some of the best defensive stats in the NHL.

Here’s a look at NHL betting odds for the matchup:

Friday’s game is the second night of a back-to-back for the Wild, who dispatched the Vancouver Canucks 6-3 on Thursday night. Nevertheless, there are a couple of factors to consider. First, travel is not an issue as both games take place in the Wild’s friendly confines. Second, the Wild played their analytics cards correctly, saving primary goalie Marc-Andre Fleury for tonight’s affair.

Fleury has been a revelation since landing in Minnesota. The reigning Vezina Trophy winner has a 92.1% save percentage in seven starts with the Wild, going 6-1-0 with 1.6 goals saved above average. Part of his success could be attributed to the defensive coverage in front of him. Minnesota allows the second-fewest scoring chances and third-fewest quality opportunities this season.

The Kraken aren’t far behind with their own structured defensive play. Seattle has allowed the fifth-fewest scoring and sixth-fewest high-danger chances, contributing to their elite expected goals-against rating. That defensive emphasis is evident over their recent sample, with the Kraken limiting three of their past four opponents to seven or fewer quality opportunities.

Both teams play an unrelenting defensive system, lending itself to low-scoring games. Tonight’s matchup could be played almost exclusively in the neutral zone, with few controlled entries going either way and limited scoring opportunities. We’re not expecting many goals when the dust settles on this one, which opens an opportunity for the under at the online sportsbook.