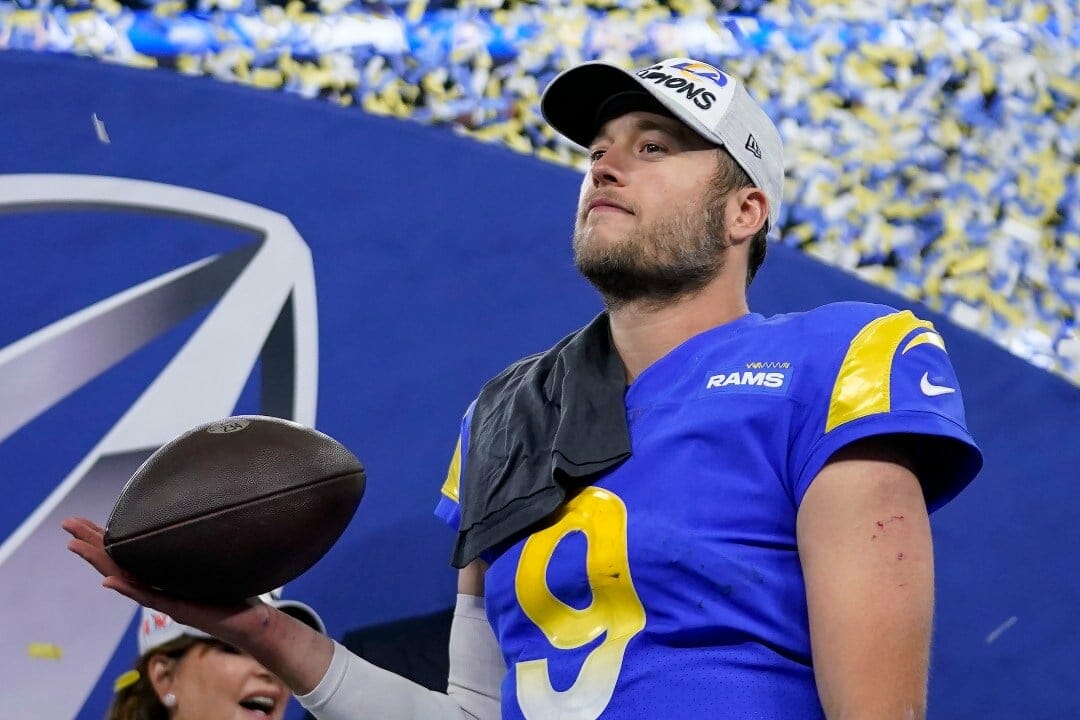 Last Sunday, in a crucial fourth-quarter moment, Los Angeles Rams QB Matthew Stafford threw up an ugly pass into the open arms of San Francisco 49ers defender Jaquiski Tartt for a sure interception when it mattered most.

But then it didn’t happen. Tartt dropped what would have been the easiest interception of his career. The Rams won, and Stafford will now play in his first Super Bowl. As Stafford prepares for Super Bowl 56 and the Cincinnati Bengals, let’s look at the Rams’ offensive trends and the current Super Bowl odds.

Matthew Stafford’s Impact on the Rams

Stafford’s playing some of the best football of his career right now. Through his first three playoff games with the Rams, Stafford’s averaged 302 passing yards per game. He’s also thrown for six touchdowns and only one interception.

The interceptions were and are a concern in Stafford’s game. During the regular season, he threw 17, with eight of them thrown in the season’s final four games. The Rams will need Stafford to continue to play mistake-free football as he has in his last three games to win Super Bowl 56.

This season, Stafford and the Rams passing attack ranked fifth in the league, averaging 273.1 yards per game. They also average 33.7 passing attempts through their three playoff games, with 45 in the NFC Championship.

Rams WR Cooper Kupp had an impressive regular season by all metrics. He led the NFL in receptions (145), receiving yards (1,947), and touchdowns (16).

He’s continued his stellar play through the playoffs. He’s caught 25 of his 32 targets for 386 yards and four touchdowns. Kupp’s play sparkled against the San Francisco 49ers in the NFC Championship, where he caught 11 passes for 142 yards and two touchdowns.

I believe Kupp’s fantastic season should continue, as I don’t think the Bengals can’t slow him down.

Michel performed admirably, but the Rams rushing attack ranked 25th in the league, averaging 99 yards per game. The Rams rely on Stafford’s arm and their stable of wide receivers like Kupp and Odell Beckham Jr to score points, and they’ve only averaged 25.9 rushing attempts per game this season.

Akers, however, is adept at catching passes out of the backfield, and his return gives Stafford another target. During these playoffs, he’s caught five passes for 62 yards.

Can the Rams Win Their First Super Bowl in Over Two Decades?

Will the Los Angeles Rams offensive trends help them bring home their first Super Bowl in 22 years? Or will sophomore sensation Joe Burrow lead the Bengals to their first-ever championship?

Head to BetMGM’s online sportsbook today to make all of your picks for the biggest game of the year. Sign up today for a risk-free initial bet of up to $1,000.