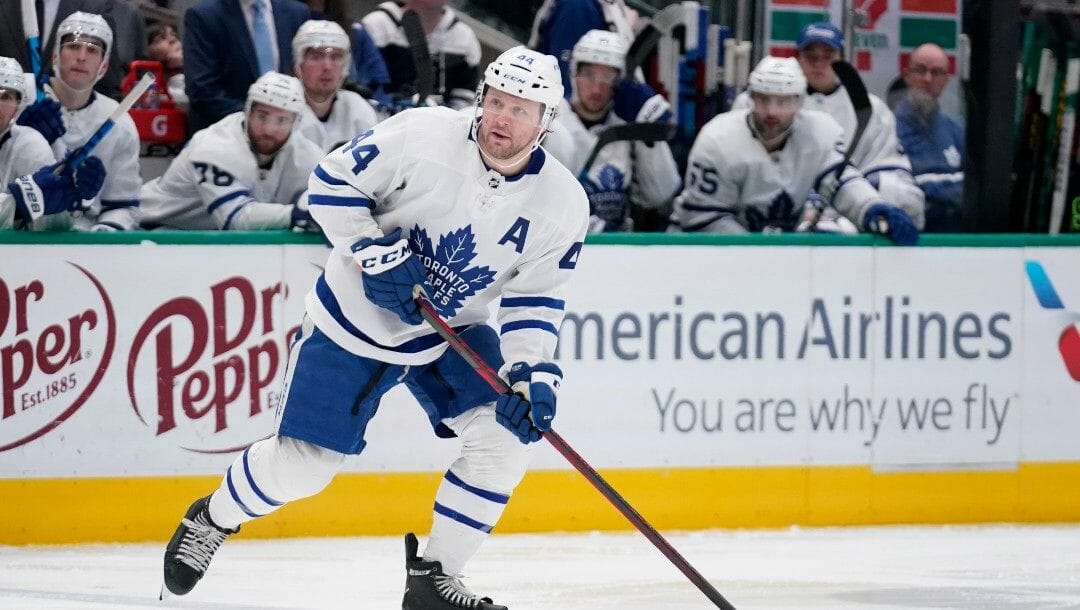 It’s a loaded NHL slate with 11 games on the docket Thursday, which will make for a busy night of NHL betting.

One of those games is the Toronto Maple Leafs taking on the Tampa Bay Lightning — a matchup of two playoff teams.

Here are some analysis for the matchup, along with some NHL betting picks.

Even without Auston Matthews, the Maple Leafs continue to be one of the best teams in the league. Toronto sits fourth in the NHL in expected goals-for rating, posting a season-long average of 55.1%.

They’ve elevated their standing over the past six games, posting a cumulative 57.8% rating.

The Lightning are heading in the opposite direction with their metrics, getting outplayed in six of their past nine games.

Their offensive production has taken a hit, with the team putting up nine or fewer high-danger chances and getting out-chanced in quality opportunities in all but three of those games.

Tampa has lost to some bad teams over that stretch, dropping decisions to the Montreal Canadiens and Detroit Red Wings on home ice. The few victories they have over that span aren’t worth bragging about, with all three wins coming against non-playoff teams.

The Maple Leafs come into the contest in much better form and knocked off the Bolts at the start of the month with a 6-2 victory.

If Matthews is cleared to play, we should see the line shift in their direction. Regardless of whether he plays or not, the Leafs are still the right side to be on.