The March College Basketball Tournament often lives up to the hype. Upsets and moments of individual and team brilliance make it a great tournament to watch every year. It is also a firm favorite with sports betting enthusiasts due to the tournament setup and the unpredictability of the results. College basketball showcases the best future talents that are poised to ply their trade in the NBA. Players are required to play at least one year of college basketball before being eligible for the NBA Draft. For the national association that manages basketball, this ensures that the top prospects pass through their courts, but for sports betting fans, it adds the perfect ingredient to the entertainment mix. It means that some of the best talents might only be with a college for a season, which makes it difficult to predict how a team will perform without a proven talent, and equally with a talented new recruit. This is what makes March College Basketball Tournament picks so difficult to make. To make the best picks, it ultimately comes down to doing your research and comparing what you think the March College Basketball Tournament odds are to what you see on the sports betting sites. This research involves understanding the teams and their current form and performances. It also includes knowledge of the tournament itself. The tournament has the word “madness” associated with it for a reason. Here are fifteen surprising March College Basketball Tournament stats and figures, from 1939 to 2020.

15: The nickname for the March College Basketball Tournament was coined in both the 1980s and 1930s

The term sounds modern, and to a large degree it is. However, in truth the use of the term “madness” has been used to describe basketball tournaments since 1939. It was first coined by Hall of Famer H.V Porter in an essay in 1939. Porter was an official of the Illinois High School Association (IHSA). At this point in time, the term referred to high school basketball. The term grew in popularity over the next decades. In 1977, it was the title of a book published by Jim Enright about the Illinois school basketball tournament. By the 1980’s the term began to be associated with college basketball. This was aided by the advent of television, as broadcasters like Brent Musburger started using the term during college games. Up until the 1990’s the term had yet to be trademarked. It was initially trademarked by Intersport before IHSA bought the rights. The IHSA then took the national association for college basketball to court for using the term for a video game about college basketball. The result was that both the national association and IHSA could use the trademark. The two then decided to join forces and created the association as it is today. In the 2000s, the IHSA relinquished their rights to the trademark while still being able to use the term with high school championships.

14: The NIT used to be more prestigious than the national association tournament

For younger or even middle aged fans, this might be an interesting fact. The National Invitation Tournament (NIT) is currently seen as a consolation tournament for teams who don’t qualify for the tournament of “madness”. This wasn’t always the case. Up until the 1970s, the NIT was the main competition. This changed due to numerous factors. Firstly, NBC moved coverage of the national association tournament to Monday nights in 1973. This gave the tournament a prime time slot, and its following grew. Secondly, the association increased the amount of eligible teams to compete in 1975. This brought more crowds and the ratings soared. The final factor was that the NIT moved the early round games out of Madison Square Garden in 1977. This lowered the reputation of the tournament. By the end of the 1970s, the NIT was officially the consolation tournament.

13: UCLA have won the most March College Basketball tournaments 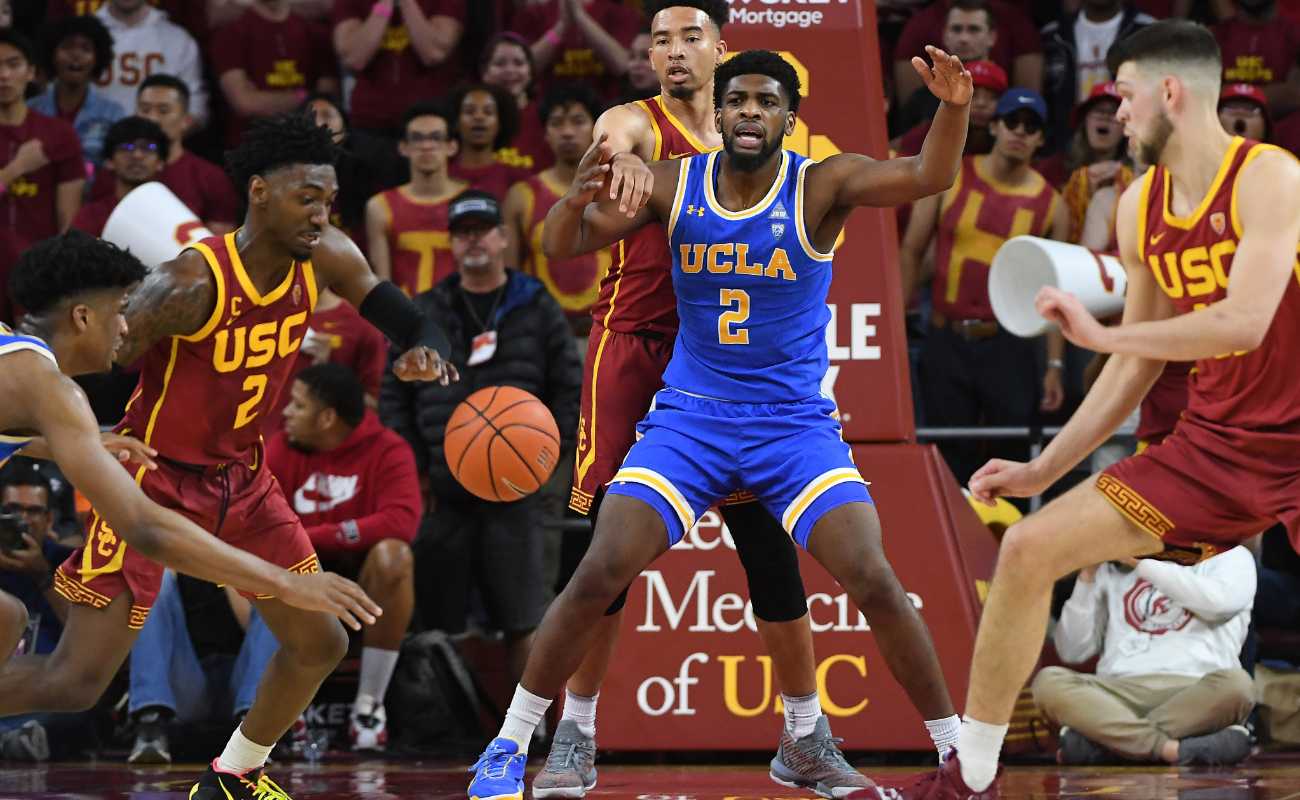 The UCLA basketball team hasn't been in the last four since 2008. The last decade hasn’t produced an appearance in the last eight either. Despite this, UCLA still tops the March College Basketball Tournament stats for most championship titles. They currently lead with 11 titles. The bulk of the 11 titles were won in the 1960’s and 1970s. Since then, they’ve had sporadic moments of success, the last of which was in 1995. This season they are finishing strong, and could push into qualification for selection for the March tourney. If they seed, they could be one of the decent March College Basketball Tournament picks for a First Round upset.

12: Only one college has won both the mens and women’s tournaments in the same year

The University of Connecticut holds the proud honor of winning both the mens and womens tournaments in the same year. To make this even more impressive, they have achieved the feat twice. The first time that UConn accomplished this was in 2004. The second time was in 2014. It is a strange fact, fitting of the March College Basketball Tournament.

11: Three players have titles as a player and coach

It takes a considerable amount of talent to be in one of the March College Basketball Tournament teams. Even more so to be in a title winning team. To be able to repeat the achievement as a coach as well is truly remarkable. Three players have gone on to achieve this. Joe B. Hall won both with Kentucky. Dean Smith won as a player with Kansas and a coach with North Carolina. Finally, Bob Knight won as a player with Ohio State and a coach with Indiana.

10: The youngest winning head coach was 31

In 1940, Emmet McCracken led the Indiana University Bloomington team to the title when he was aged just 31. This remains in the national association basketball stats as the youngest head coach to win the tournament. McCracken won it a second time at a more familiar age. He won his second championship in 1953, aged 44.

9: Highest combined score in a game 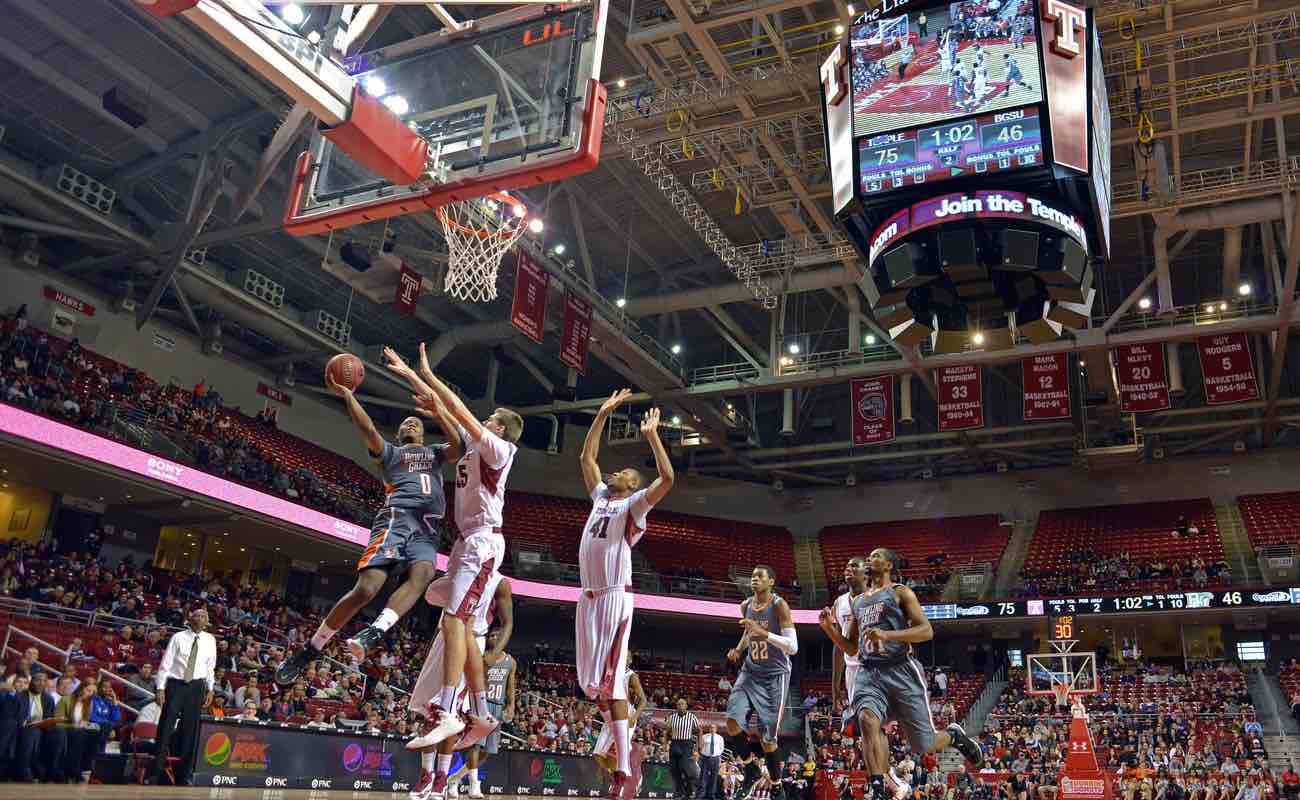 College basketball is known for its entertaining end to end play. With youth on their sides, players can seemingly run for hours on end. Many players are still building their physique and growing into their bodies. At times this means that the defenses aren’t always as strong as their potential suggests. This was evident in the 1990 Second Round game between Loyola Marymount and Michigan. The final score in this game came to a whopping 149-115 to Loyola Marymount. This combined points total of 264 is the highest ever achieved in the tournament. This is one of those college basketball stats that sound great for the offensive players but far less so for the defensive players.

8: Most points by a player in the tournament is 184

Glenn Rice holds the national association basketball stats record for most points during the tournament by an individual player. He scored 184 points in 1989 for Michigan. With three pointers becoming a bigger component of offense recently, it’s a testament to this achievement that it has stood for over 30 years. 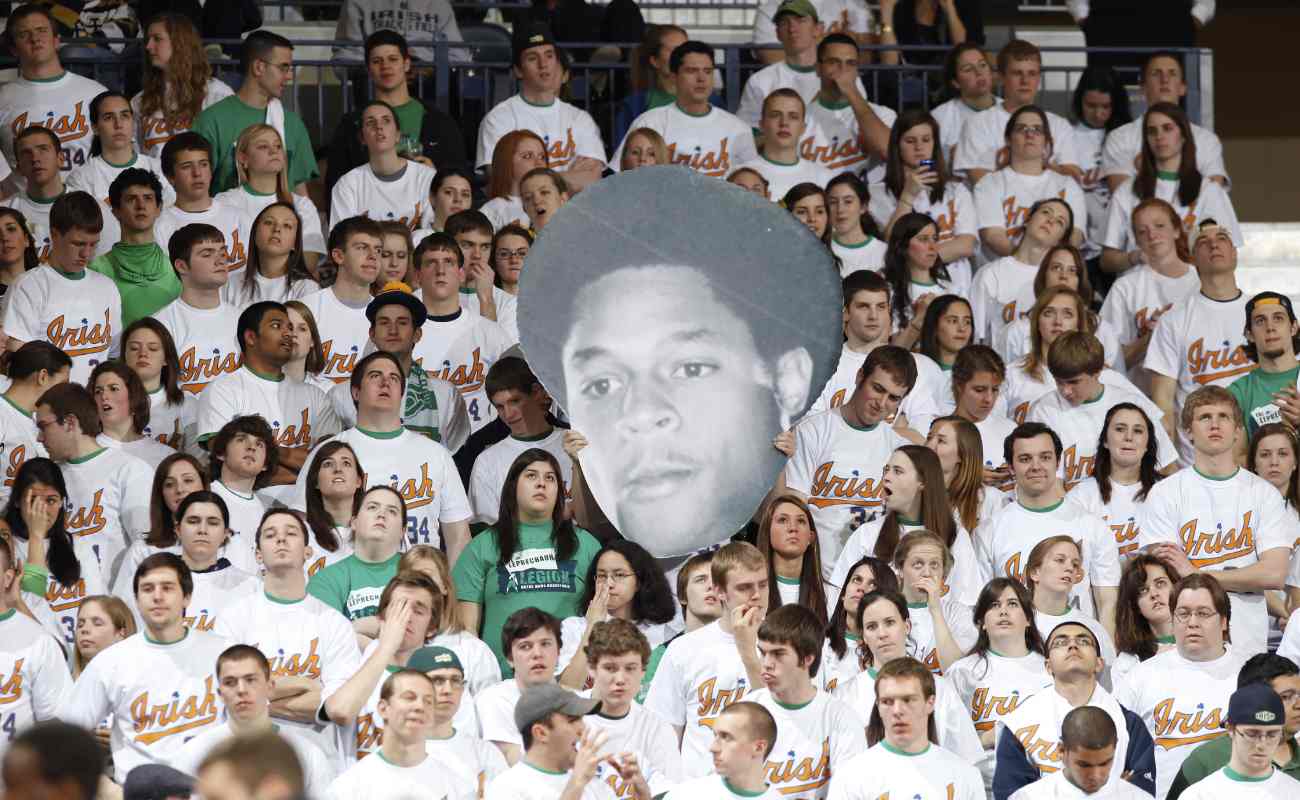 Glenn Rice’s achievement is phenomenal, but perhaps Austin Carr’s is even more impressive. Carr holds the college basketball stats record for most points in a game, and it seems to be set in stone. In 1970, Carr scored an unbelievable 61 points for Notre Dame against Ohio. There aren’t too many players who can come close to achieving this and it has already stood for 50 years.

6: The Last Four Teams has comprised of four #1 seeds only once

The setup of the seeds is an attempt to spread out the four best performing teams. When placing a sports bet you might assume that there is a good chance that the four will progress to the last four teams. This is simply not the case. In 80 tournaments, this has happened only once. In 2008, #1 seeds Kansas, UCLA, North Carolina and Memphis made it to the last four. It is a safer bet that at least one #1 seed will be in the last four teams.

Even though the March College Basketball Tournament odds indicate that there will be at least one #1 seed in the last four teams, this hasn’t always been the case. In 2006 and 2011, none of the #1 seeds made it to the last four. These are the only times it has happened since the tournament expanded to 64 teams in 1985.

While we all hope that a low ranking team will defy the odds and win the tournament, it usually only happens in the movies. The lowest seeded team to reach the last four teams is #11. It has happened four times. It was achieved in 1986 by LSU, 2006 by George Mason, 2011 by VCU and in 2018 by Loyolo Chicago.

3: The lowest seed to win the tournament is #8 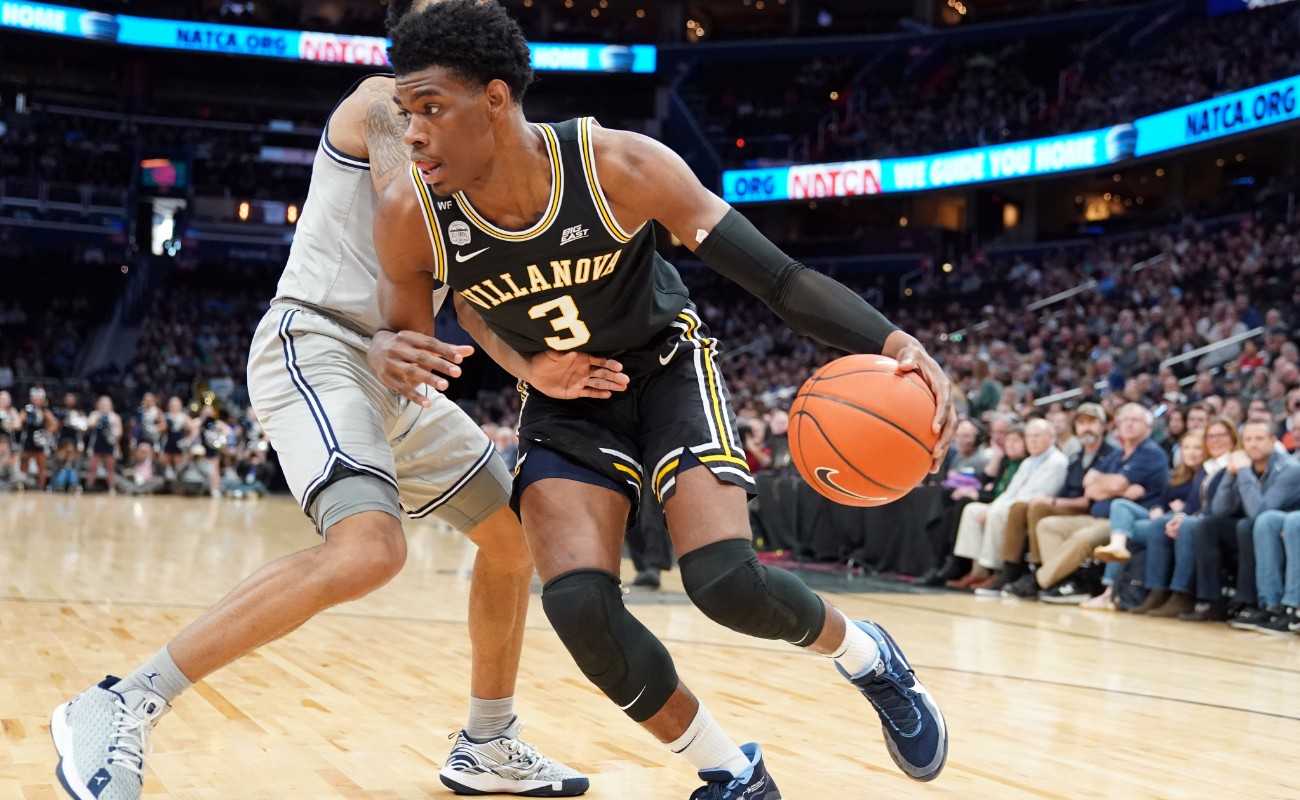 Making it to the last four teams is one thing, but winning the tournament outright is a step beyond most teams. To date, the lowest seed to win the tournament was #8 seeded Villanova in 1985. It was the first of Villanova’s three championships, but it remains on record as the lowest-seeded title of any team.

2: Only one #1 seed has ever been knocked out in the First Round

Prior to 2018, a #1 seed had never lost a First Round game. There had been many scares before, but the achievement finally happened when UMBC defeated Virginia by 74-54. It was an excellent performance by UMBC. It has since opened up the March College Basketball Tournament odds as far as the First Round is concerned. Many might feel that a similar upset may be on the cards this March.

1: No #5 seed has ever won the championship

Perhaps the last record that is still to be broken. Could this year be the one? The #5 seed has never won the championship. Once the selection takes place on Sunday March 15th, which reveals the seeds for the 2020 tournament, you can be sure that sports betting enthusiasts will look at who occupies the fifth seed. With some of the traditionally stronger teams underperforming this season, it could be a strong team that gets the #5 seed. As fans start filling their March College Basketball Tournament brackets, you can be sure that many of the above-mentioned facts could either be beaten or strengthened. When it comes to sports betting, you wouldn’t want it any other way.