Skip to content
Home » Most Disappointed Teams After March Madness

Ohio State’s “special year” ended with an “incredibly disappointing” conclusion, Chris Holtmann said after the overtime loss to Oral Roberts in the First Round of the NCAA Tournament. Holtmann’s muted assessment of the three-point loss was undoubtedly accurate; the ninth-ever 15-over-2 upset was a disappointing loss for a program five days removed from an appearance in the Big Ten Championship.

Was it the most disappointing loss of March Madness?

Ohio State lost to Northwestern in December en route to a 2-3 start in Big Ten play. They looked nothing like a Final Four contender, nor did they during a four-game losing to end the regular season. Still, a First Round loss, especially against a 16-point favorite in college basketball odds, wasn’t the expectation for a talented, well-funded program at any point during the season.

“Obviously you’re a No. 2 seed for a reason. That means you put in great work throughout the season, you had a season, a body of work that was really good and there were some tremendous moments this season,” Holtmann said suffering a third loss in five tournament games as Ohio State head coach. “By and large, it was a special year with a conclusion that is one we’ve got to lean into. It’s incredibly disappointing. I think it’s hard to give too much perspective but that’s what we tried to do.”

It’s difficult to quantify Ohio State’s disappointment in losing to a low-level Summit League program instead of reaching their first Final Four since 2012. But is it possible to quantify, or at least categorize, the Buckeyes’ loss against other disappointment in the 2021 NCAA Tournament?

This week on High Motor by BetMGM, we discussed the disappointment index of the tournament. Which team was the most disappointed? Was it Ohio State, Purdue, and other early losers? Or Gonzaga in falling short of national championship expectations?

Listen below (or listen on Apple Podcasts, Spotify, and everywhere else podcasts are available):

At BetMGM, you can use your sports knowledge to bet on basketball and other sports. With parlays, promotions, live betting, and more, the best online sports betting experience is at BetMGM. 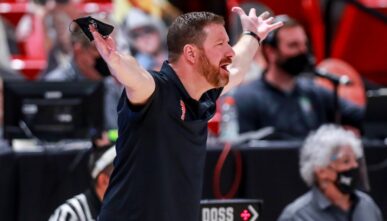 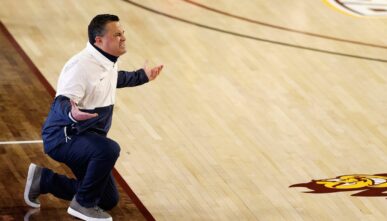 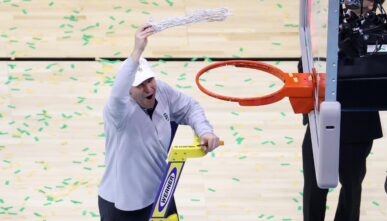