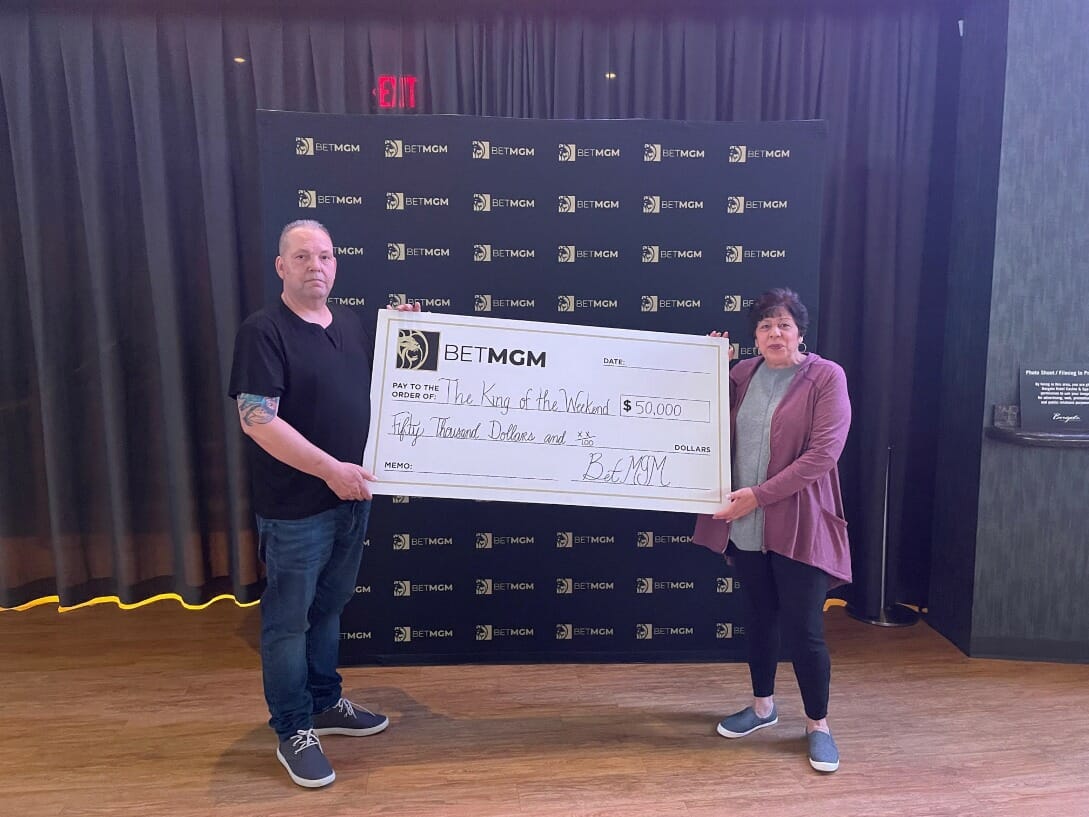 Crosby had 425 field-goal attempts in 227 career games over 15 NFL seasons. After Aaron Rodgers spiked the ball with two seconds remaining in the Green Bay Packers’ Week 3 game against the San Francisco 49ers, Crosby lined up his 426th career attempt, a 51-yarder on the game’s final play.

Crosby made this attempt, too, which triggered a $51,000 payday for Jenniefer in New Jersey.

Jenniefer entered BetMGM’s King of the Weekend in Week 3 and made her picks from the following predetermined games:

And she submitted the following predictions:

After the early- and late-afternoon games concluded, the Rams had the most points (34), followed by the Saints (28), Titans (25), Bucs and Bengals (24), and Colts (16). She needed the Packers and 49ers to finish in second and third, respectively, including ties, after their Sunday Night Football game. And when Jimmy Garoppolo connected with Kyle Juszczyk on a 12-yard touchdown with 37 seconds remaining, that seemed unlikely.

If the 49ers won 28-27,  the Packers would’ve finished fifth. Thanks to Crosby’s 51-yard field goal as time expired, the Packers won, 30-28, and finished second, just as Jenniefer predicted. And she’s $51,000 richer because of that prediction.

Entrants win $50,000 in cash if they correctly predict the six teams in order and are eligible for Free Bets (up to $250) if they miss one or multiple teams. The highest score each week, regardless if there’s a winner, is also awarded $1,000 in cash.

Check out the best online sportsbook today to make your King of the Weekend NFL predictions and win $50,000 from BetMGM.