Shohei Ohtani singled with one out in the seventh inning of the Los Angeles Angels’ eventual win over the Tampa Bay Rays on June 13, 2019, to complete the cycle. It was the 326th cycle in MLB history, 312 of which weren’t natural cycles – collecting a single, double, triple, and home run in order.

Two years later, there have been four more cycles, bringing the all-time total to 330 since Curry Foley’s first undisputed cycle in 1882, but baseball is still seeking its 15th all-time natural cycle, and the first since Gary Matthews’ Jr. did it in September 2006.

Hitting for the natural cycle is hard; it’s happened in only 0.006 percent of all MLB games. Completing BetMGM’s Hit the Cycle Challenge isn’t hard; it happens with four simple wagers.

Through the end of the 2021 regular season, BetMGM customers can earn four rewards – two tokens and two free bets – with the Hit the Cycle Challenge. Here are the four steps:

Base Hit: Receive a Parlay Boost token when you place a $10 money line wager.

Like Gary Matthews Jr. did with a base hit to left field off Detroit Tigers’ starter Justin Verlander in the first inning on September 13, 2006, your first step toward the cycle begins with one money line wager on any remaining regular-season MLB game with odds of -300 or greater.

Win or lose the $10 money line bet, and you’ll receive a Parlay Boost token for a three-leg parlay with a maximum stake of $100.

Stand-Up Double: Receive a risk-free token when you place a parlay bet of at least $10.

Matthews’ second-inning double to left-center wasn’t a stand-up double, but it was the second step toward his natural cycle.

Your second step is a $10 parlay bet of at least three legs with MLB odds of -300 or greater. And your risk-free token comes with a guaranteed refund of $25 (in free bets) if you lose a bet.

Triple: Receive a $5 Free Bet when you place a parlay bet of at least $10.

Two innings later, Matthews scored Ian Kinsler with a triple to deep center. And you can score a $5 Free Bet with a $10 parlay bet of at least three legs with odds of -300 or greater.

The Free Bet may be used on any event on BetMGM.

Grand Slam: Receive a $10 Free Bet when you place an MLB futures bet

Only nine players have completed a cycle with a grand slam – most recently Bengie Molina in 2010 – only one of whom, Tony Lazzeri, did so as part of a natural cycle.

Matthews didn’t complete his natural cycle with a grand slam but did complete it in six innings. He needed only four at-bats over six innings to complete the cycle, hitting a solo home run to lead off the sixth inning.

Your grand slam is one futures bet of at least $10. It could be selecting the winner in World Series odds, winner of American League MVP, or the winner of the National League pennant.

You may complete the Hit the Cycle Challenge each week. Each Monday, the cycle is reset, and you begin earning the bonuses again. If you don’t complete each step by the final game each Sunday, your cycle resets, but you may start over and earn each reward again. 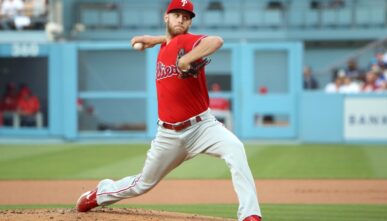