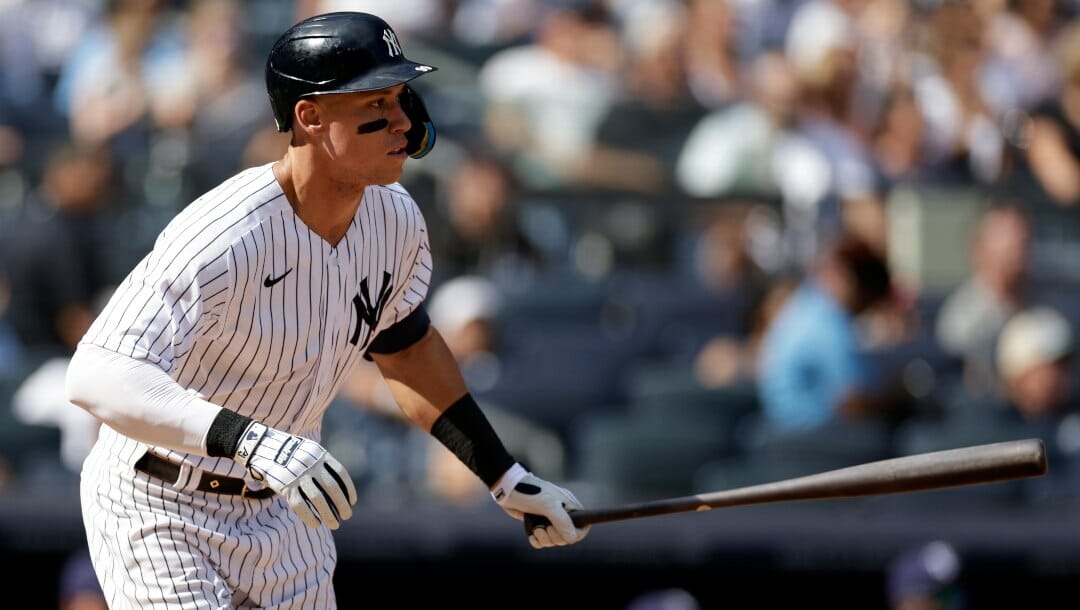 Watching Aaron Judge’s stats has become as popular for baseball fans as tracking World Series odds, but what if his incredible home run count and MVP odds weren’t the only things for fans to bet on?

As the end of the regular season approaches, Judge is pushing ahead of the league in a number of categories, putting himself in prime position to potentially join an exclusive list of baseball greats — those who’ve won a Triple Crown.

As if that isn’t exciting enough, a prop is now available at BetMGM to bet on whether or not he will make it. As of Sept. 21, Judge’s odds to win the Triple Crown are -115, while his odds not to are -105.

No. 60 ties The Sultan of Swat for 2nd all-time in American League history!@TheJudge44 👨‍⚖️ pic.twitter.com/DNwFXsJFMC

For those unfamiliar, a Triple Crown is when a player leads a league in three specific statistics over a single season — home runs, runs batted in (RBI), and batting average. It is one of the rarest achievements in baseball, only having been achieved 18 times in MLB history, most recently by Miguel Cabrera in 2012.

So, could this be Judge’s year?

There are still 15 games left in the regular season, but as the rankings currently stand, Judge winning the AL Triple Crown is a distinct possibility. He leads the league in home runs (60), RBI (128), and batting average (.316), though only two of those are by a decent margin.

The biggest threat to Judge earning the Triple Crown is his batting average, since Xander Bogaerts (Boston Red Sox) and Luis Arráez (Minnesota Twins) are right on his tail with .315 and .314 respectively. In order for Judge to hold on to his lead, there’s no room for error.

This is undoubtedly the best year of Judge’s career so far, and with 15 games left, it could still get a lot better. So, do you think he’ll earn the AL Triple Crown?

From spring training through the World Series, you can bet on a variety of odds. Whether you’re a first-time bettor making your first deposit, a casual fan browsing run lines for a game between the Boston Red Sox and Toronto Blue Jays, or a longtime diehard dissecting over/under trends for a late-night Seattle Mariners’ game, there are opportunities for everyone.

Visit the MLB betting page today to get closer to the action!