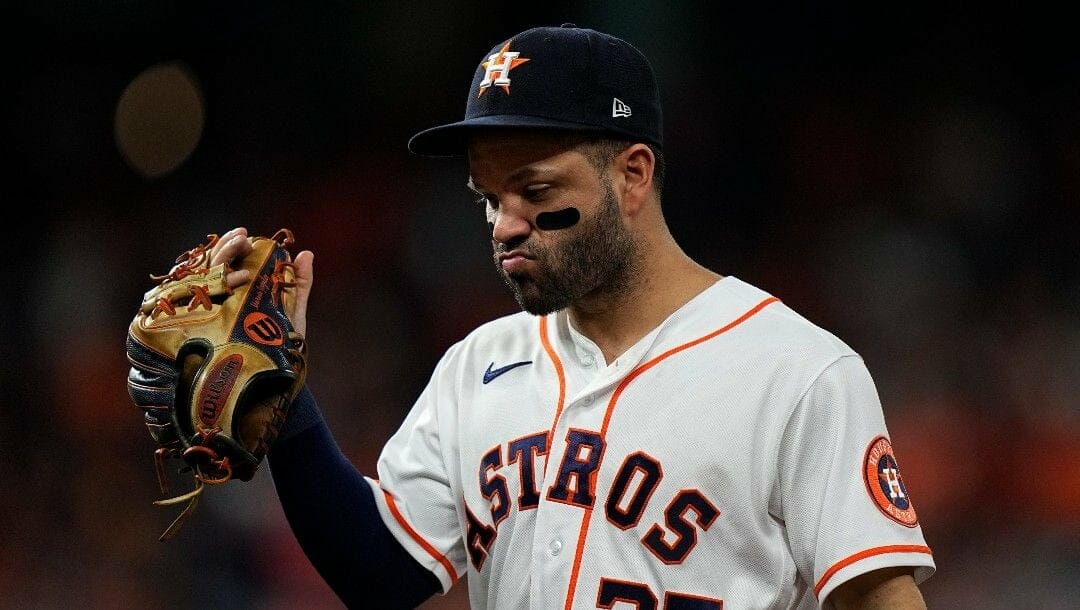 Baseball betting season is fast approaching, as Opening Day is next week.

Last season, the Houston Astros took the American League West division with 95 wins, five games ahead of the Seattle Mariners.

Not surprising, the Astros were tops in the AL West with a +205 run differential.

Surprisingly, the only other team with a positive run differential was not the Mariners but the Oakland Athletics at +56. Meanwhile, the Los Angeles Angels have the largest 26-man payroll of the group at over $168 million, which is a whopping $130 milllion more than the A’s, owners of the lowest payroll in the division.

Here are updated MLB betting odds for the AL West.

All signs point to the Astros repeating as division champs, including their odds to win the division which have moved from an opening line of -140 to -165.

For the most part, they’ll be fielding the same team minus Carlos Correa.

However, Justin Verlander is back from Tommy John surgery to bolster the staff. The Astros battling order is strong 1-6, which includes Jose Altuve, Michael Brantley, Alex Bregman, Yordan Alvarez, Yuli Gurriel, and Kyle Tucker. Tucker seems primed for a big season after recording 149 hits in 506 at-bats for 92 RBI, 83 runs, 30 home runs, a .359 OBP, and a .917 OPS last season.

Guess who he hit it off? Big pouty face pic.twitter.com/gWEvH8dIoZ

As a whole, Houston is the team that exhibits the most consistency, the most likely to look and perform similar to last season, a division-winning campaign.

Is this the year the Los Angeles Angels make it back into the postseason? Bettors may think so because the Halos have the second-highest ticket share to win the West.

We’re hoping it is because playoff baseball would be better with Mike Trout and Shohei Ohtani front and center.

Los Angeles made several good additions, but they still look weaker than the Astros.

Syndergaard will guarantee a few more wins for the club if he can stay healthy, while Trout and Ohtani will most likely both be in the running for the AL MVP. However, the Angels still have quite a few holes to fill before we can take them seriously as a threat.

Who has been the most bet team in the division? That would be the Mariners and it’s not even close as over half the tickets have been on Seattle.

They did make some interesting additions during the offseason.

Jesse Winker is a great bat in the top third of the lineup and Eugenio Suarez offers a power threat to the middle of the order. However, losing Kyle Seager doesn’t help. Seattle also signed the reigning AL Cy Young winner, Robbie Ray. He’ll help strengthen a rotation that features Marco Gonzales and Chris Flexen.

The Mariners are in a similar position as the Angels, they should be better than last season, but they’re still missing significant pieces.

The Rangers spent money this offseason, signing Corey Seager, Marcus Semien, Jon Gray, and Kole Calhoun. This explains their shift in the AL West odds from +2000 to +1600.

However, they remain a longshot because the outfield projects to be a weakness and the starting rotation gets pretty ugly after Gray.

Heading into the season, Texas doesn’t look like a threat, but they’ve shown they’re willing to spend money, so who knows. If the Rangers can keep pace heading into the halfway point, maybe they open up the pocketbook even more and make a run for the postseason.

The Oakland Athletics are doing everything they can to not field a competitive ball club.

The A’s traded away Matt Chapman to the Toronto Blue Jays and sent Matt Olson to the Atlanta Braves, which moved their odds from +650 to +2500.

Oakland doesn’t seem interested in winning this season but rather putting out the least expensive semblance of a major league team it can. I would avoid the A’s at +2500, which bettors have as only 2.7% of the tickets to win the division are on Oakland.