The Lowly Orioles Are Surprisingly Competitive 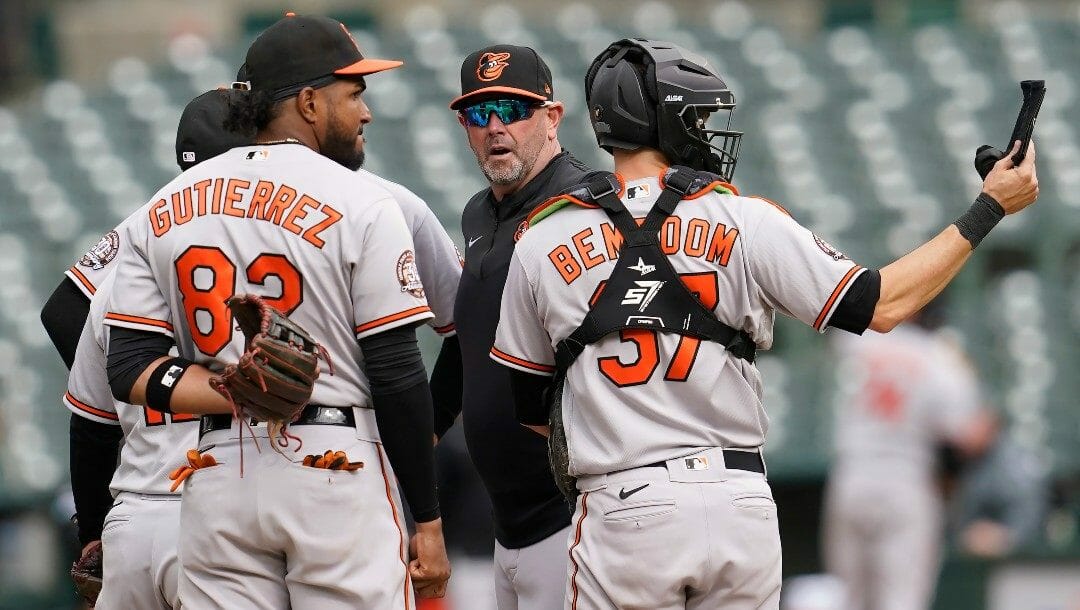 “Why are you an Orioles fan?” I get asked this a handful of times every year. It’s not a particularly difficult explanation.

Way before I became an expert in online sports betting, I was a little league player in West Virginia. And there’s not exactly an abundance of baseball teams to root for when you’re a West Virginia kid – even after I was transplanted across state lines to Richmond after elementary school.

The Nationals hadn’t departed Montreal yet. The Braves were the trendy team of the 90s, but I wasn’t much for bandwagons. I caught a few Pirates games at Three Rivers before they blew it up, but I’m not sure I ever actually saw them win a game.

Cal Ripken and the O’s were the only team that made sense for a kid that grew up playing the middle infield.

These days, the O’s questions take on a new tone.

There’s almost a small degree of disgust undergirding the question as if I was declaring myself an unabashed fan of violent car crashes. “How could you like something so awful?”

It’s not like I don’t get it. The O’s are dreadful.

Everyone knew how that at-bat was going to end before Juan Encarnacion ever swung the bat.

This year, there isn’t much hope for a turnaround or even a top-four finish in the hyper-competitive AL East. The Orioles had the lowest win total in Major League Baseball this year not just because their roster is untalented but because there just aren’t any easy wins anywhere in the schedule.

Just to put into context how bad the Orioles have been over the last four years – if we were to represent that 368-loss record on the typical 162-game schedule that we’re used to, the Orioles would be 53-109.

That level of terribleness over a full half-decade is, indeed, worth a little fan self-doubt.

MLB Odds: Focusing in on the 2022 Baltimore Orioles

But a funny thing happens in handicapping markets when a team is really bad for long stretches of time. Everyone stops paying attention to the details and just kind of assumes that bad baseball is static and unchanging.

That leaves a huge opening for smart gamblers who are paying attention.

The Orioles are 4-8 and in last place in the AL East – exactly where everyone expected them to be. Cy Young candidate John Means – the only high-end talent in the rotation – was put on the 60-day DL with elbow tightness just days into the season.

Everything is predictably terrible. Right?

Except the Orioles have been shockingly competitive.

For one thing, they’re 4-8 against a preposterous opening schedule: at Tampa (won the AL East last season), Milwaukee (won the NL Central last season), the Yankees (their payroll is more than five times greater than the Orioles) and at Oakland (had an early lead in the AL West before losing to the Orioles on Wednesday).

There are a lot of teams that would be 4-8 against that opening schedule.

Because they’re awful and everyone knows it, the Orioles nearly always get great MLB odds. For example, they cashed two tickets against the Yankees as home dogs priced at +178 and +164.

Even when they don’t win, their tendency to play low-scoring games keeps them very competitive on +1.5 run lines.

The over has not hit once in an Orioles game this season.

The bottom line: Baltimore has cashed on money lines or run lines in half the games they’ve played so far, and when you’re underdog odds like this, that’s a big profitability edge.

That edge will only increase throughout the season, as sportsbooks are forced to price up O’s positions because of the public’s unwillingness to bet on a franchise so far down in the dumps.

I’m not telling you to bet the O’s every game, and I’m certainly not telling you to watch their games. But before you start blind-betting the run line of whatever team is playing at Camden Yards, you might consider how competitive the Orioles have actually been this season.

Don’t say I didn’t warn you.