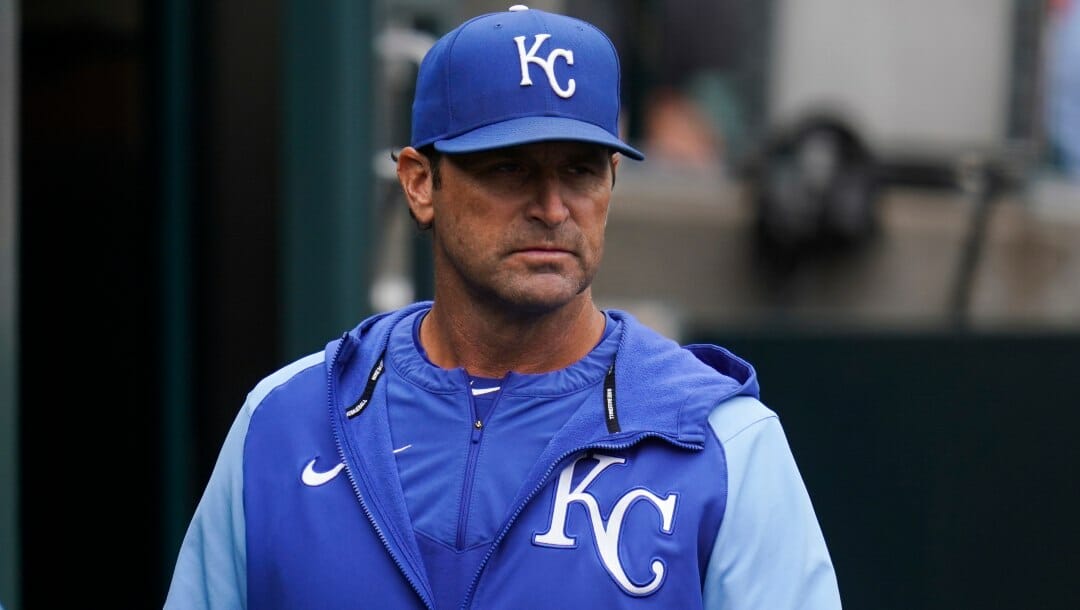 After a painfully underwhelming season, on Oct. 5 the Kansas City Royals announced manager Mike Matheny and pitching coach Cal Eldred have been dismissed from their duties. After three seasons, the controversial era of Matheny in Kansas City is officially over.

The Royals finished the regular season fifth in the AL Central with a record of 65-97. It was clear from early on that the team wasn’t going to contend for a playoff berth, but in a division that often felt like a race to the bottom, finishing in last place failed to meet even the most conservative expectations.

I think it’s fair to say that this didn’t exactly work out as planned.

It’s been seven years since Kansas City won the World Series in 2015, and the Royals seem far more comfortable at the bottom of the standings than they ever were at the top. It’s not unusual for teams to go through a few seasons of underwhelming results after winning a title, but this period of sucking really should have been wrapping itself up before Matheny even touched the team.

At some point, “rebuilding” stops being a catch-all excuse for bad baseball.

Mediocrity in the dugout will only ever get you mediocrity on the field. The Royals want to get back into contention, and it’s clear that Matheny wasn’t the man for the job. So with Kansas City now in the market for a manager, who are the top candidates?

Currently serving as the Royals’ bench coach, Grifol is reportedly one of the top internal candidates to replace Matheny.

Before turning his focus to coaching, Grifol played catcher for nine seasons in the minor leagues with the Minnesota Twins and New York Mets organizations. He retired from playing in 1999 and joined the Seattle Mariners organization, where he took on the roles of minor-league manager (2000-05), and minor league director of operations (2008-11).

After managing the Single-A High Desert team in 2012, Grifol left the Mariners’ organization and joined the Royals in 2013. He started as a hitting coach in the minor leagues before quickly moving up to the majors, where he has served as special assignment coach, catching coach, quality control coach, and, for the last three years under Matheny, bench coach.

Although he has no major league managerial experience, this isn’t the first time Grifol has been considered. He has interviewed for vacancies with the Baltimore Orioles, San Francisco Giants, and Detroit Tigers, and was even considered a candidate for Matheny’s job back in 2019.

#Royals bench coach Pedro Grifol tells @goldbergkc and Monty what it's like working with Salvy: "Every time I get asked this question it's not just the athlete or how great of a baseball player he is, it's just how good of a person he is. … And how much he loves to win." pic.twitter.com/K1a6pcujnG

Grifol is reportedly also being considered for the vacant managerial positions with the Chicago White Sox and Miami Marlins, so if Kansas City wants to hire him, they may have to do so quickly. After 10 years with the organization, he knows the ins and outs of the Royals and may be exactly what the team is looking for.

Quatraro currently serves as the bench coach for the Tampa Bay Rays, and despite not having any major league managerial experience, he may be a perfect fit to bring some fresh blood to the Royals.

Quatraro played in the minors from 1996 to 2003, reaching Triple-A but never the major leagues. After he retired from playing, he began working for the Tampa Bay organization, holding positions including manager, catching instructor, and hitting coordinator in the minor league system from 2004 to 2013.

From 2014 to 2017, Quatraro served as the assistant hitting coach for the Cleveland Indians, now the Guardians, before rejoining the Rays as third base coach in 2018. He was promoted to Tampa Bay’s bench coach after the 2018 season and has stayed in that role the past four seasons.

Quatraro has interviewed for multiple vacant managerial positions in the past, including with the Oakland Athletics and New York Mets. He is likely to be a top candidate for Kansas City, especially considering Royals owner John Sherman is familiar with him — Sherman was a minority shareholder with the Cleveland Indians at the same time that Quatraro was the assistant hitting coach.

Could this be Quatraro’s big opportunity to step up? Only time will tell.

Having already led the Chicago White Sox to victory at 2021’s Field of Dreams Game when Tony La Russa was unavailable, Cairo seemed like the obvious choice to take over in August when La Russa went out on indefinite medical leave. Cairo stayed in the interim managerial position for the remainder of the 2022 season, and now that he’s had a taste of power, perhaps he’s interested in moving up on a more permanent basis.

Cairo played for nine different teams during his 17-year playing career before retiring in 2012. In February 2013, he joined the Cincinnati Reds as a special assistant to General Manager Walt Jocketty and briefly served as the team’s bench coach while third base coach Mark Berry was treated for throat cancer. For a short period, he also worked in player development with the New York Yankees.

Cairo joined the White Sox as bench coach under Tony La Russa in November 2020. When he stepped up as interim manager earlier this year, the team quickly looked to be turning around their extremely disappointing year, winning seven of their first 10 games with him at the helm.

Unfortunately, the comeback was short-lived, and despite coming within two games of winning the AL Central, the White Sox ended the season 81-81, 11 games back from the Cleveland Guardians.

Despite his patchy success as interim manager, Cairo is likely to be considered for a managerial role this offseason, with the Royals or elsewhere.

Considering his limited experience in the top job, a rebuilding team like Kansas City feels like it could be a good fit. I expect his name to be in the mix as the team looks to fill the role.