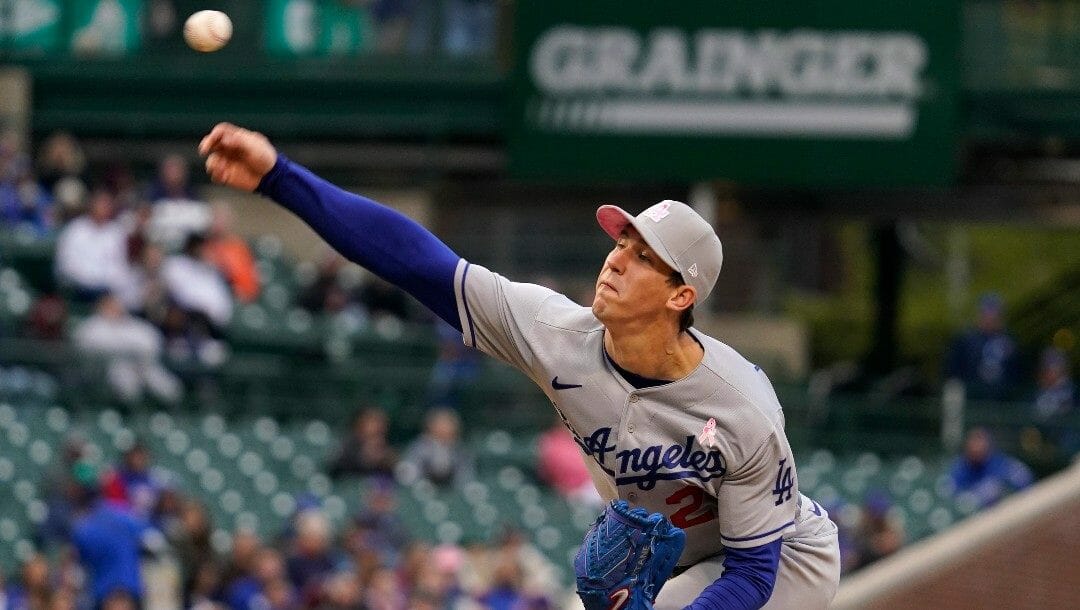 One month into the MLB season, there are multiple names drawing interest to win this year’s NL and AL Cy Young Awards.

MLB odds in both leagues are tightly bunched and will surely change over the course of the season, which will be great when it comes to MLB betting.

Heading into the 2022 MLB season, the top-three opening odds for the AL Cy Young saw Gerrit Cole of the New York Yankees as the favorite at +400, followed by Lucas Giolito of the Chicago White Sox at +1100, and Dylan Cease, also of the White Sox at +1600.

There’s been some early line movement over the first month of the season with Justin Verlander of the Houston Astros leading the pack at +600, while Kevin Gausman of the Toronto Blue Jays boasts odds at +650 in second, with Cole and Cease both sitting at +700 to round out the top three.

In terms of the ticket percentages early on, Cease leads the pack with 12.7% of tickets at the BetMGM online sportsbook, while Shohei Ohtani isn’t far behind at 11.1%. Verlander, Alex Manoah, and Cole finish up the top 5 in tickets with 9%, 8.6%, and 7.2% respectively.

Looking at the handle, Manoah of the Toronto Blue Jays has the current lead at 11.4%, with Ohtani slightly trailing at 10.3%, followed by Cease at 10.1%.

Noah Syndergaard should be someone to watch here as well, seeing his opening odds already rise from +6600 to +2000. The Angels right-hander also has 5.3% of tickets and 8.7% of the handle.

Unlike the AL, the NL saw the year open with three pitchers below +1000 to win the Cy Young this season.

Those odds were led by Jacob deGrom of the New York Mets at +350, Max Scherzer of the Mets at +700, and Corbin Burnes, the reigning winner of the award for the Milwaukee Brewers, at +800.

There’s been some slight line movement after one month of the season, which now has Scherzer and Burnes tied as the favorites at +500, followed by Carlos Rodon of the San Francisco Giants at +600.

Looking at the ticket percentages, Walker Buehler of the Los Angeles Dodgers currently leads the charge at 12%, with Scherzer and deGrom behind him at 8.8%, and 7.8%.

This will be interesting to follow because deGrom has yet to make a start this season for the Mets, but we know what he’s capable of when healthy. There are just questions surrounding how long he’ll be out.

Sandy Alcantara of the Miami Marlins could be someone to keep an eye on in this race, where he currently boasts 4.3% of tickets and a handle of 2.1%.