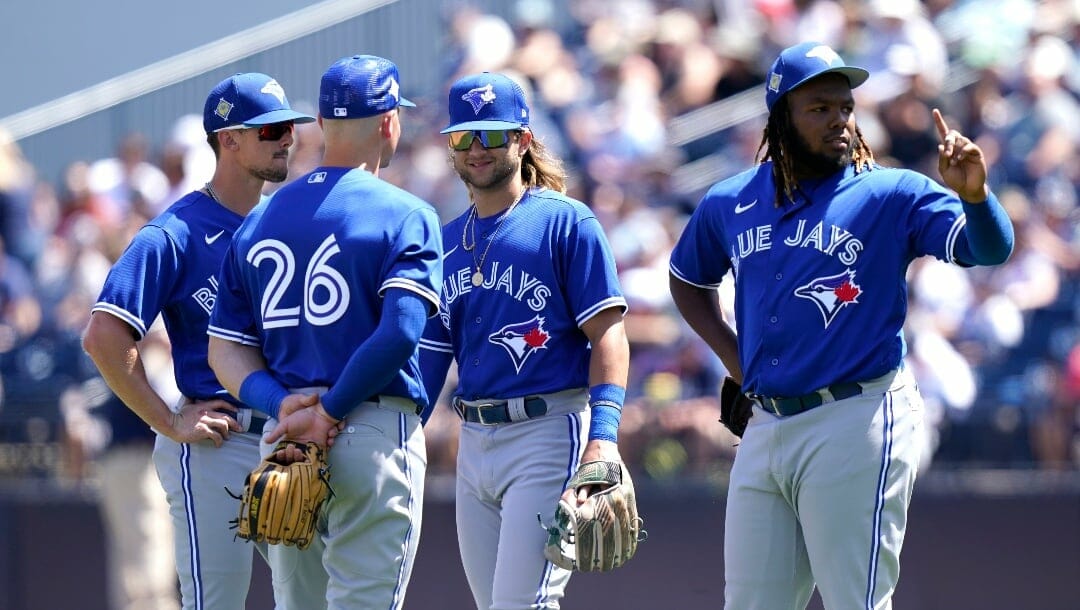 With Opening Day less than two weeks away, it’s a perfect time to delve into some MLB futures, including divisional odds.

Here are updated MLB betting odds for the AL East:

The favorite to capture the division, bettors appear to be all in on the Toronto Blue Jays, and with good reason.

Anchored by last year’s AL MVP runner-up Vladimir Guerrero Jr., Toronto fields what might just be the scariest lineup one through nine. Management did a fine job replacing the departing Robbie Ray and Marcus Semien, by signing free-agent pitchers Kevin Gausman and Yusei Kikuchi, while acquiring defensive wizard Matt Chapman in a trade with the Oakland A’s.

In addition to their powerhouse offense, the Jays also boast the division’s best rotation, with Gausman and Kikuchi joined by the likes of Jose Berrios, Hyun-jin Ryu, and Alek Manoah. Another year of experience can only help their young stars and I think this club is ready to take the next step.

New York’s core is not getting any younger and they continue to be question marks in the health department. Aaron Boone’s club also has very little in the way of starting pitching outside of perennial Cy Young candidate Gerrit Cole.

The expanded playoff format should allow the Yanks to secure a berth, but their current divisional odds seem far too rich for my taste.

Vastly undervalued at +240, the reigning AL East champ Tampa Bay Rays have been one of the most consistent teams in baseball, notching 90 or more wins in each of the last three full seasons.

Despite last year’s disappointing end, management remains confident in its corps of rising star Wander Franco, Austin Meadows, Brandon Lowe, and Randy Arozarena. On the pitching side, Tyler Glasnow should rejoin the starting rotation by midseason, one that features promising youngsters Shane McClanahan and Drew Rasmussen. Manager Kevin Cash also has the luxury of resorting to one of the best bullpens in all of baseball.

While the Blue Jays are certainly the flashier pick, I would not be shocked if the Rays finish on top for a third consecutive year.

The Red Sox got their guy in free-agent shortstop Trevor Story; however, losing ace pitcher Chris Sale for the start of the season is a brutal blow.

Outside of Story, Boston returns largely the same lineup, one that finished third in the AL in runs scored. But, like New York, there is minimal firepower in the pitching department beyond Sale, and even he is no sure thing given his recent form.

While there may be some value at their current +600 odds, it’s difficult to see this Red Sox squad being true AL East contenders.

The division’s sole rebuilding club, the Baltimore Orioles are once again expected to finish at the bottom of the AL East standings.

While the O’s offense has some nice pieces in All-Star Cedric Mullins, Ryan Mountcastle, and Trey Mancini, their pitching remains a nightmare, with management failing to add any significant arms to a rotation that finished last in ERA amongst all MLB clubs. A promising farm system likely means brighter times ahead, but it won’t be this year.