How to Play Ball Like Gold Glove Trailblazer AJ Andrews 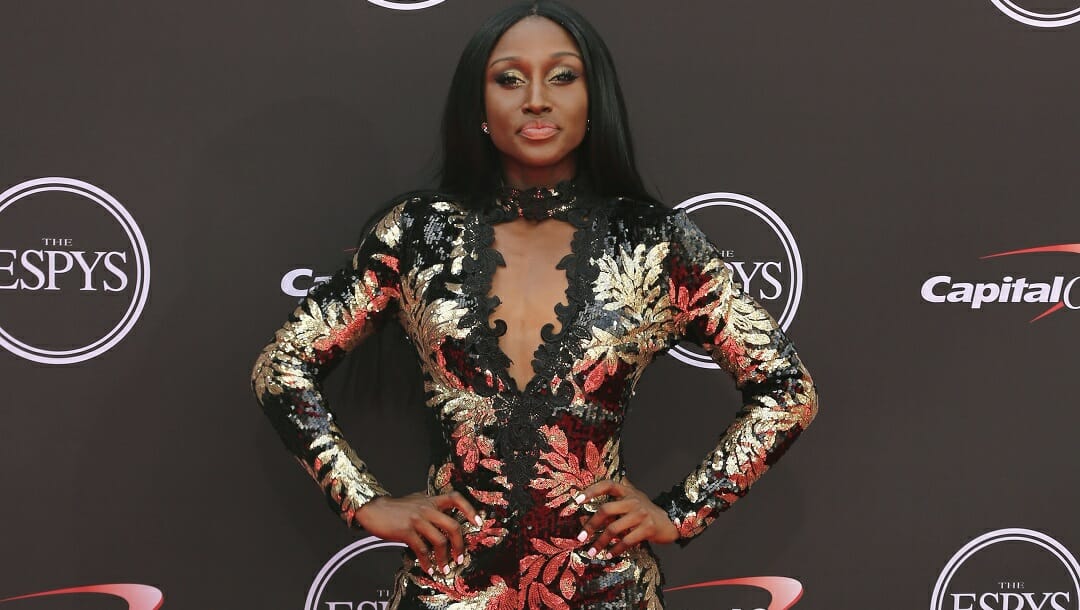 The Rawlings Gold Glove award is the supreme honor for defensive-minded baseball players. It’s the dream of virtually every young player who grows up near America’s pastime, watching a shortstop make a great play in the hole or a center fielder rob a home run at the fence.

After all, it’s not an accident that most teams with great MLB odds have one or two defensive studs behind the mound.

The first Gold Glove was handed out in 1957. For more than 50 years, all 323 players honored with the award were men.

So incredibly humbled to Be the first of many women to be honored at this prestigious awards dinner! #womeninsports pic.twitter.com/pZCQy8TyhV

It takes a special softball player to break into the Gold Glove club, and Andrews certainly qualifies as such. She earned All-SEC honors three times at LSU – not an easy feat if you know how stacked with talent SEC softball is every year – and was drafted into the NPF with the seventh overall pick.

Andrews can hold her own at the plate and is a speed demon as a base runner. But as the Gold Glove can attest, she’s best known for her web gems in the outfield – including the time she literally fell through an outfield fence while robbing a home run.

Perhaps there’s something of a metaphor there.

Whether you’re an aspiring softball player from the next generation or just an old head looking to sharpen their defense, here are a few tips on playing ball like Gold Glove trailblazer AJ Andrews.

Baseball and softball players are taught from a young age the importance of good positioning in the outfield. It’s much easier to run forward than backward, so coaches are quick to emphasize the importance of playing behind where a ball is likely to land. If the ball lands behind a little league player, it’s instant trouble for everyone.

Once players reach more mature levels of the sport with larger outfields, players must quickly react to balls hit into larger areas of play. If the ball is hit somewhere over their head, the first step is critically important.

Some players will make their first step a backwards one with their outer leg, but Andrews actually prefers a different strategy – a small step with her inner leg that sets up a more explosive burst toward the ball. It’s a small, professional move that makes a key difference.

Defense is all about prevention, so it tracks that a high-caliber player like Andrews would have a keen sense of how to maximize her seconds near the ball.

Players fielding fly balls are worried about making the catch and, in certain situations, preventing a tag and advance. Andrews recommends striding through a catch and using body momentum to transition directly into a throwing motion.

When fielding a base hit, it’s important to react quickly; outfielders who respond lazily may cause aggressive base runners to think about going for second.

Even in a season as long as MLB, a few extra runners in scoring position can be the difference between making the baseball playoffs and scheduling an early vacation.

The art of the diving catch is not necessarily reliant on pure, spontaneous athleticism. Andrews recommends breaking dives down into smaller components to help players get comfortable with the mechanics of diving for a catch.

Players can practice dives from their knees, then a crouch and progressively work toward the full layout.

No matter what, a good defensive outfielder should always try to catch balls near the ground. Catching the ball mid-dive leaves too much room for error during the remainder of the fall.

For that classic robbery at the wall, an outfielder has to innately understand their position and spacing on the warning track.

Andrews and other Gold Glovers know that every warning track is a little different, so feeling out the space before the ball is in play is essential. Outfielders should know how many steps their body needs to reach the wall at different approach angles – that way, they don’t have to take their eye off the ball to study where the wall is. Instead, they just instinctively know when they’re going to make a catch at the wall that it’s “One, Two, Leap.”