Is 2022 the Greatest Dodgers Team Ever? 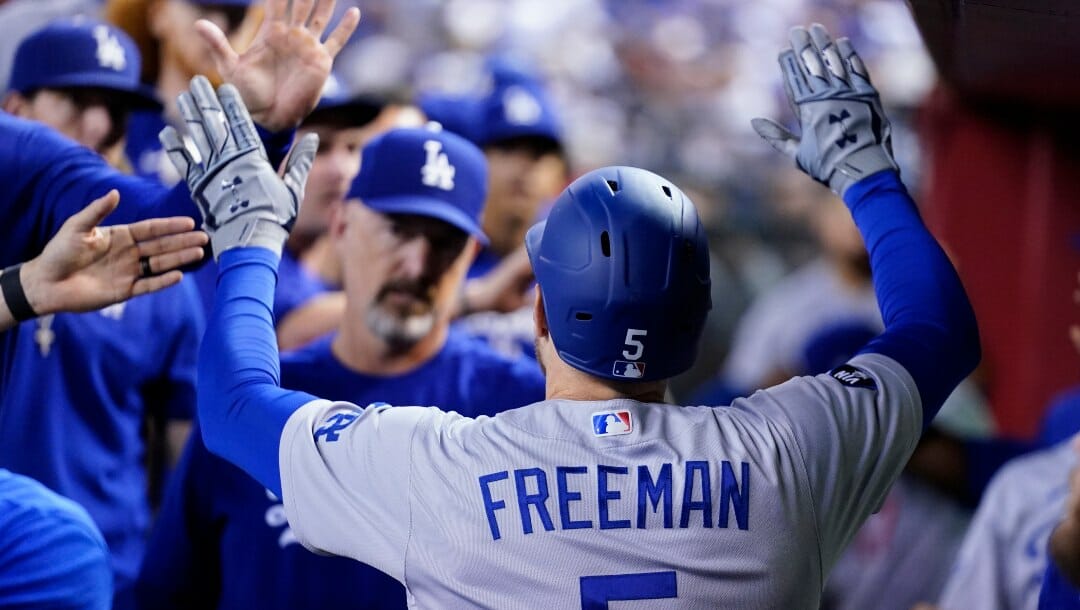 First baseman Freddie Freeman leads the league with most hits (181) and doubles (45), and is tied for second-best odds to win National League MVP. Right fielder Mookie Betts has the second-most runs scored in the league (110), only behind the Yankees’ Aaron Judge (and let’s be honest, Judge is having a pretty incomparable season).

The Dodgers are a force to be reckoned with, and under the new postseason format they will almost certainly be awarded a bye in the first round of the playoffs as the top division winner in the NL.

The Dodgers have led the NL West all season, maintaining a wide lead over their division rivals. Meanwhile, the Padres are likely to end up in the postseason as a Wild Card team — they are holding on tight to the third NL slot — but the Giants, Diamondbacks, and Rockies have all had rather forgettable seasons.

Is This the Greatest Dodgers Team Ever?

With a run differential of +320 at the moment, the Dodgers have already obliterated the previous franchise record set in 2019 (+273). They are looking to become the first team since the Seattle Mariners in 2001 to finish the season better than +300.

And why shatter just one franchise record when you can knock over two? With 98 wins already under their belt, the Dodgers are also looking to beat the record for most wins in a season (106).

I mentioned that Freeman and Betts are setting themselves apart with impressive stats, but they aren’t the only ones. Will Smith, Max Muncy, Trea Turner, Cody Bellinger, and Justin Turner all have over 12 home runs this season, and seven players on the team have over 20 doubles.

The Dodgers have even managed to wake up Joey Gallo, who they acquired at the MLB Trade Deadline after he struggled brutally with the Yankees.

A majestic shot from Freddie. pic.twitter.com/jZMP86ttYK

There’s no denying the Dodgers are an incredible team. They seem unstoppable and poised to win their second World Series in three years, but could they be just a few games away from cementing the title of the best team in franchise history?

Then based in Brooklyn, the 1953 Dodgers didn’t win the franchise’s first World Series, but they came close. The four-time defending champion New York Yankees beat them in six games, but with a regular-season record of 105–49, the Dodgers were no easy team to beat.

The shortened 2020 season was admittedly different from a typical major league year. Still, the Dodgers played so well under difficult circumstances that it’s impossible not to add this team to this list.

The Dodgers ended the 60-game season with a record of 43-17, which translates to a winning percentage of .717. This is the highest winning percentage produced in franchise history, only made more impressive with 102 fewer games played than a normal season.

In a 16-team expanded postseason, the 2020 Dodgers won the World Series, beating the Tampa Bay Rays in six games.

A title 32 years in the making! The @Dodgers winning the 2020 World Series is our top moment of the year. pic.twitter.com/EeFvl6rusg

Often referred to by fans as the best Dodgers team, the 1955 Brooklyn squad was one to write home about. The star-studded roster was stacked with players still on board from the 1953 team, plus returning talent like Don Newcombe, who had previously been with the team from 1949-51.

The 1955 Dodgers won the franchise’s first World Series, finally beating their longtime rival, the New York Yankees. This was the only World Series title won by the team in Brooklyn.

Winning the top prize wasn’t the only thing that made the 1955 Dodgers incredible, either. The team finished 13.5 games ahead in the National League, leading in both runs scored and fewest runs allowed. As if that wasn’t enough, Don Newcombe went 20–5, marking the first time a Black pitcher had won 20 games in a season.

Just three years ago, the Dodgers set the record they just broke, finishing the 2019 season with a run differential of +273. That wasn’t the only way they made Dodgers history in 2019, either — they set the franchise record for wins in a season (106) and the National League record for most home runs in a season (279).

The home run record is still looking pretty safe, but will the 2022 Dodgers break the 2019 team’s win record? It’s certainly possible, but only time will tell.

The 2019 Dodgers didn’t end up taking home the World Series. In fact, they didn’t even win the NL Pennant, falling to the Washington Nationals, who went on to win it all. However, they did secure their seventh straight NL West division win, and they were the fastest team in franchise history to do so.

EIGHT HOME RUNS! Opening Day 2019 was one for the ages!

1963 was one of the many seasons where Sandy Koufax shone brighter than a star, winning both the Cy Young and MVP Awards while leading the Dodgers to a record of 99–63. With Don Drysdale, Johnny Podres, Ron Perranoski, and an endless list of incredible position players alongside him, it’s no wonder the 1963 Dodgers played their way to a World Series win.

After winning the National League title by six games, the Dodgers beat the Yankees in four games to win it all. This was the first time the Yankees had ever been swept in a World Series, proving just what a powerhouse the 1963 Dodgers were.