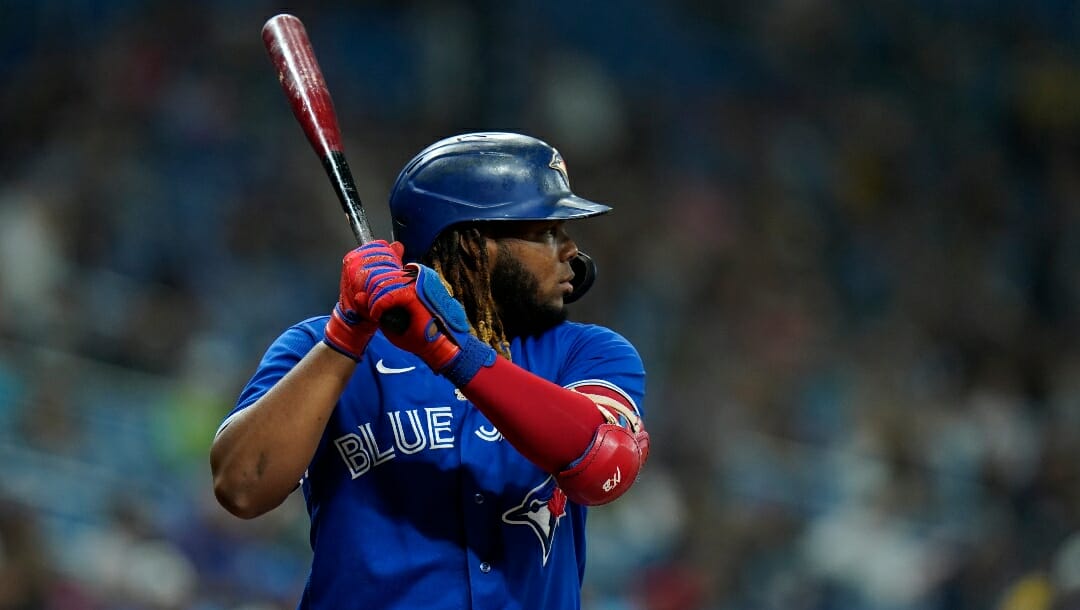 There are few things better in sports than watching a baseball leave the ballpark after one of the league’s best players just crushed a monster home run.

The MLB is blessed with some fantastic hitters and stars right now and it’s clear that this year’s home run race is going to be a close one — just look at the MLB odds for who will lead the league in this category.

Five sluggers hit more than 40 home runs in the 2021 campaign and the list was led by Salvador Perez of the Kansas City Royals and Vladimir Guerrero Jr. of the Toronto Blue Jays, who tied with 48.

Heading into this year, a lot of action has already been placed on the home run leader for 2022.

The Blue Jays MVP runner-up is looking to break the tie this season and currently is drawing 8.4% of the tickets and 12.4% of the handle at the BetMGM online sportsbook. The MVP candidate opens the year as the current favorite to be the home run king at +700.

Vladimir Guerrero Jr. mashes his 44th of the year to tie Shohei Ohtani for the most in the league 👀

Yordan Alvarez has the second-highest ticket percentage at 8.1% which is just behind Guerrero Jr. The Houston Astros left fielder and designated hitter hit 33 long balls last season and there’s reason to believe he can challenge in the race in 2022. Alvarez owns a 9.1% handle percentage, which is behind only Guerrero Jr. and Eloy Jimenez.

Rounding out the top three in ticket percentage is Jimenez of the Chicago White Sox, who many expect to fully break out this season and post some big-time numbers.

The 6-foot-4 White Sox outfielder enters the year with the second-highest handle percentage at 10.7%. In terms of liabilities, Jimenez leads the list where he’s sitting at +3000 with 7.1% of the tickets.

Newest Philadelphia Phillies slugger Nick Castellanos has as much power as anyone in the game and he enters the season at +8000 with a ticket percentage of 5.5%, which has him as the second greatest liability behind Jimenez.