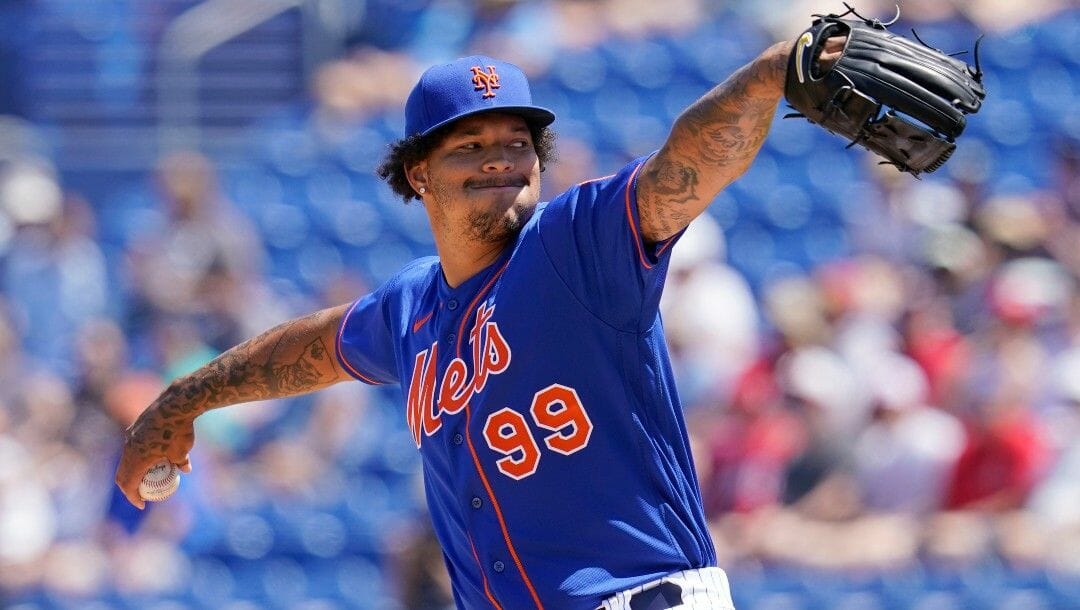 Baseball betting is back, as the MLB season will begin in just over a week.

The NL East is anticipated to be a three-horse race as we head into Opening Day 2022. The defending World Series Champions Atlanta Braves find themselves with the second-best MLB odds to win the division, behind the New York Mets who landed one of the premier pitchers in the majors this past offseason, which dramatically improved their MLB World Series odds.

The Philadelphia Phillies will try to keep pace with the two frontrunners, while the Miami Marlins and Washington Nationals are hoping just to keep things close as they navigate a gauntlet of teams ahead of them.

Pitching wasn’t an issue for the Mets last season, but they went out and got better anyway.

Max Scherzer gives New York, arguably, the best one-two punch in the majors, pitching next to Jacob deGrom. The starting rotation can feel confident turning things over to the bullpen, which finished with the fifth-best earned run average in the National League a year ago.

The limiting factor for the Mets last season was their offense.

Mark Canha and Starling Marte will elevate the top half of the lineup, but more consistent efforts are needed from the batting order.

Pitching will keep the Mets in virtually every game this year and hitting will need to improve from last season’s failures. An average offense would almost guarantee this team a playoff spot, but they still need to get past the Champs.

Everything came together for the Braves last season and they’ll be trying to duplicate their success while surviving a couple of key departures.

Still, the Braves brought in talented players to replace their lost production.

Matt Olson joined the Braves on an eight-year deal, replacing Freeman at first. Olson has a better career slugging percentage, finished last season with more home runs, and is younger than Freeman. Granted, Olson doesn’t have an MVP he can point to, but he’s been an objectively better hitter and has plenty of run-way to elevate his metrics.

Kenley Jansen and Collin McHugh landed in Atlanta, bolstering the Braves bullpen that finished with the 10th-best earned run average.

The Braves proved last year that they are the team to beat and there’s a case to be made that they got better with some of their offseason acquisitions, especially if budding superstar Ronald Acuña Jr. returns to form.

To be the Champs, you have to beat the champs, and we don’t think it will be long before the Braves overtake the Mets as the betting favorites.

The Phillies didn’t do anything exceptionally well last season. Their offensive metrics were mediocre and their pitching was subpar. To address their concerns and try to keep pace with the rest of the NL East, they upgraded their offense but failed to bring in any noteworthy pitching help.

Nick Castellanos and Kyle Schwarber amplify this team’s offensive ceiling, but Jeurys Familia and Corey Knebel aren’t the answer to their pitching woes. Philadelphia finished last season with the sixth-worst bullpen earned run average, converting a paltry 51.4% of save opportunities.

The betting world loves the Phillies this season, drawing the highest ticket count and most money in the NL East future market. Still, their price has moved only marginally off the opening, going from +450 to +400.

It looks like the Phillies’ plan is to win games 13-12, which isn’t a recipe for long-term success.

Failing to address an area of need this past offseason will perpetuate the Phillies’ 10-year playoff drought.

The Marlins can take another step forward in 2022, but they aren’t close to competing against the best teams in the division. They have a relatively young and inexperienced staff, with no starting pitcher born before 1995.

Viewing this season as another development year won’t fill the stadium, but it does give Marlins fans something to look forward to for the future.

For the sake of completeness, we’re including the Nationals in the NL East conversation.

However, as their betting price indicates, they don’t have a realistic shot at competing this season. At best, the Nationals will keep things close. At worst, they will struggle to keep pace with average teams. We’re anticipating the latter.