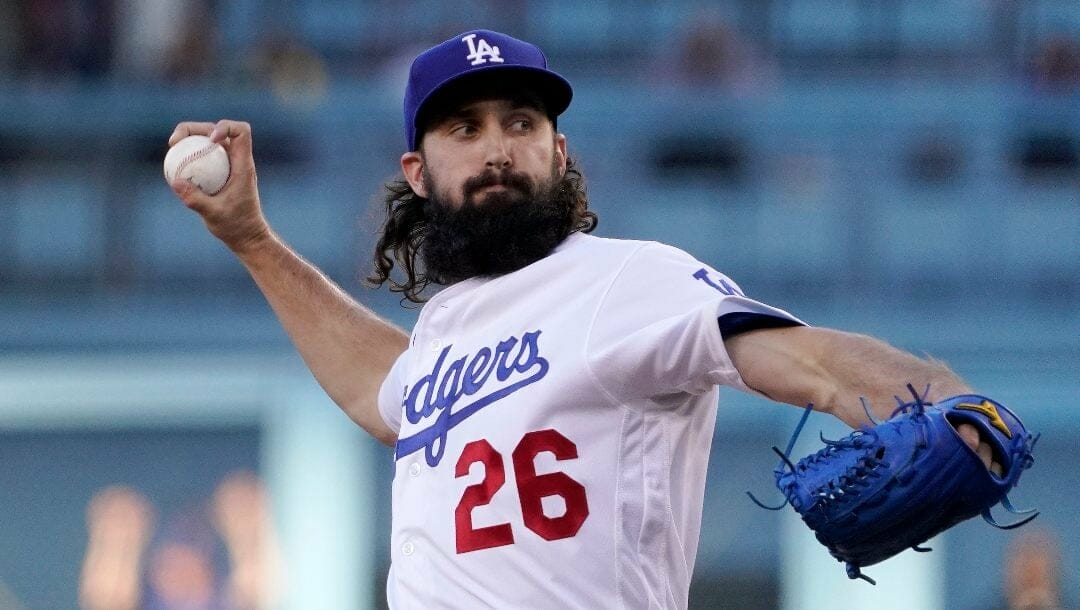 Both Verlander and Gonsolin are front-running contenders to start for their respective leagues in the upcoming All-Star Game in Los Angeles. The final decisions will come down to the two managers — Atlanta Braves’ Brian Snitker for the NL Team and Houston Astros’ Dusty Baker for the AL Team.

Can’t Keep a Good Pitcher Down

When Verlander started on April 9, 2022, it was his first outing since Opening Day 2020. Having missed almost two years with an elbow injury that required Tommy John surgery, the All-Star pitcher’s return was highly anticipated by fans and teammates alike.

When asked if his MLB-leading 11th win means a lot to him, Verlander told reporters, “Yeah, absolutely. We’ve talked about it a lot, just so much hard work since the surgery and it’s nice to see it pay off and hopefully — knock on wood — it continues.”

In six innings against the Royals on Thursday night, Verlander allowed two runs and seven hits while striking out eight. His ERA for the season now sits at just 2.00, with a WHIP of 0.87.

History in the Making

By improving his record to 11-0, Gonsolin’s victory on Thursday night didn’t just tie him on top of the season’s win count, but also saw him join 2017’s Alex Wood as the only pitchers in Dodgers’ history to begin the season with 11 consecutive wins.

Critiquing his latest winning start, Gonsolin told reporters, “It just feels good to go out there and give our team a chance to win the ballgame… I felt pretty good today. The velo was there, early maybe not so much, but I found the rhythm in the third-ish inning.”

Gonsolin stayed on the mound against the Cubs for seven innings, allowing just two runs and four hits while striking out three. His ERA is now just 1.62, the best in the league, with a WHIP of 0.80.

Both the Astros and the Dodgers are currently leading their respective divisions by solid margins — second-place Seattle trails Houston by 13 games, and San Diego is behind Los Angeles by six — so unless the second half of the season brings with it a dramatic shift in the standings, both teams are likely to appear in the playoffs.

The current favorites to win the World Series are the New York Yankees, who hold a record of 60-23 and betting odds of +375. As has been the case in years gone by, the Yankees are likely to be the Astros’ biggest competition to move into the final rounds since they are both AL teams.

At this stage, the Dodgers are the favorites to win the NL — though the New York Mets are only one win behind them with odds of +700 — so an appearance in the World Series is certainly not off the cards, and could even be seen as likely.

With half a season left to separate the good from the not good enough, anything can still happen. We’ve seen impressive comebacks before, so now isn’t the time to rest on any laurels.

As for Verlander and Gonsolin? I doubt we’ll see too much of a slowdown.

The online sportsbook has updated odds to win the World Series throughout the year. From offseason futures to live betting opportunities during the Fall Classic, BetMGM has you covered for World Series betting.