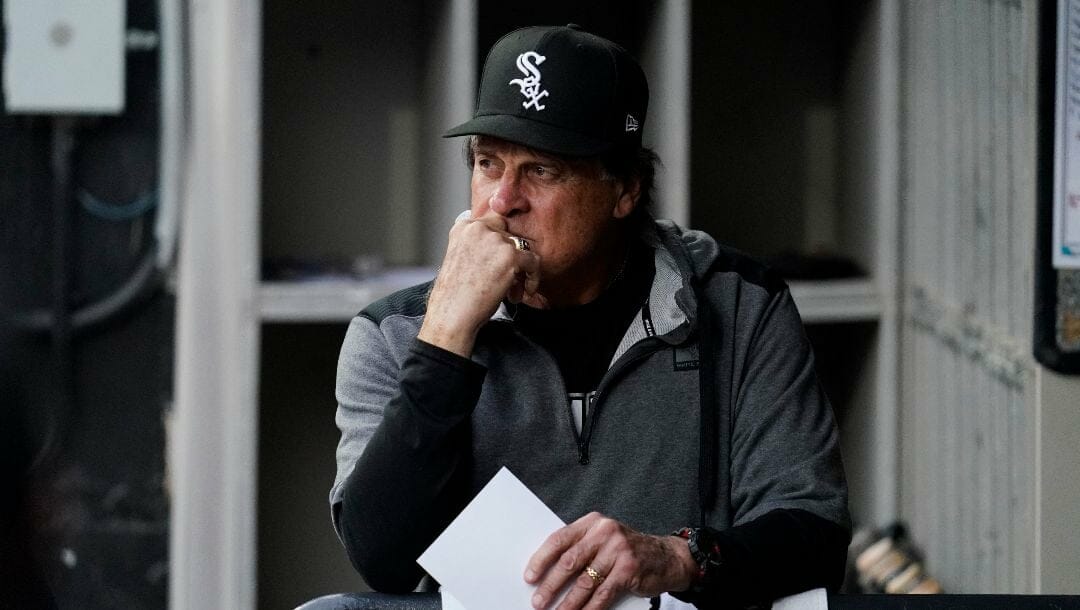 With chants of “Fire Tony!” ringing out from the crowd at Chicago White Sox games for months, you’d be forgiven for wondering whether the exit of Hall of Fame manager Tony La Russa was imminent. From intentionally walking Trea Turner on a 1-2 count, to leading batting orders with players barely above the Mendoza line, La Russa appeared to be intent on throwing the proverbial rulebook out the window this season. If there is a method to his madness, I can’t work it out.

As of Oct. 3, the White Sox are just 79-80 on the season, officially eliminated from the playoffs despite starting the year with competitive World Series odds of +1200. Especially after the team’s offseason hype, fans are not happy with the rather disastrous year, and all fingers seem to point at La Russa.

While La Russa admittedly had to deal with a seemingly never-ending list of player injuries, the Sox weren’t the only team with an unusually extensive IL after the offseason’s lockout-shortened spring training, and the excuse wore thin very quickly.

With the firings of Joe Girardi from the Phillies, Joe Maddon from the Angels, Charlie Montoyo from the Blue Jays, and Chris Woodward from the Rangers, all eyes were on Chicago to make a move this offseason, if not sooner.

Well, now they don’t have to.

On October 3, La Russa announced he’ll be retiring at the end of the 2022 season.

Even despite the calls for La Russa’s firing, his retirement isn’t unexpected.

On August 31, the White Sox announced La Russa would go on indefinite medical leave after undergoing tests on his heart, and on Sept. 11, he confirmed he had a pacemaker installed.

Miguel Cairo took over as interim manager, and fans quickly began speculating La Russa would retire from the White Sox, citing his health.

While I obviously hope La Russa has a swift recovery from any and all health issues, retiring after his time off comes with a convenient story if he and the White Sox want an out that allows them to save face.

So with La Russa on the way out, the White Sox are in the market for a new manager.

After the last few years, I think most fans are united in thinking his replacement needs to be a younger leader from another team — somebody with the grit and go that the South Siders need to get back into serious World Series contention, or at least the top third of the baseball standings.

Pulling yet another old-timer out of retirement like Bruce Bochy or Ozzie Guillén will only result in the team being in the same situation they’re currently in just a few years down the road.

The White Sox need new blood. So, who are the likely candidates?

Alomar Jr. is the current first base coach for the Cleveland Guardians, and he is almost certain to be interested in the White Sox’ managerial role.

The six-time All-Star catcher had a very successful playing career, even being inducted into Cleveland’s Hall of Fame in 2009, so when Alomar Jr. was appointed the catching instructor for the New York Mets in 2008, it seemed like a natural progression. In 2010, Alomar Jr. moved to the Cleveland Indians (now Guardians) to be the team’s first base coach, and he was promoted to their bench coach in Sept. 2011.

After the firing of Manny Acta in 2012, Alomar Jr. took on the role of Cleveland’s interim manager until the end of the season, before returning to his role as first base coach in 2013. He was again called up to be interim manager while Terry Francona took time off due to health problems in 2020, and in 46 games with Alomar Jr. acting as manager, Cleveland went 28–18.

Alomar Jr. has proven success as a major league coach and acting manager, so could be an excellent option for the White Sox to consider. He had three separate stints as a player for the White Sox (2001-02, 2003-04, 2006), so already has a connection to the organization, and he’s highly respected in MLB.

Expect Alomar Jr. to be a top contender to replace La Russa.

Espada’s name seems to crop up as a potential candidate every time there is discussion of a vacant managerial position.

At 46 years old, the current Astros bench coach could inject younger energy to what has become a rather tired and stuffy dugout in Chicago, and with experience across more roles in the major leagues than almost anybody else in the game, he certainly knows his baseball.

Espada has interviewed for vacant managerial positions with the Rangers, Blue Jays, Twins, Giants, Cubs, Mets, and Athletics but has never had success. In fact, he has held pretty much every job except manager — bench coach, third base coach, special assistant to the GM, and infield coach, as well as multiple positions at the minor league level — and he is likely to be a top contender for La Russa’s job, despite his not having landed his dream job previously.

Could this be Espada’s big opportunity? Only time will tell.

Currently the third base coach for the Cubs, Harris interviewed for the White Sox manager job back in 2020 when the team parted ways with Rick Renteria, but the higher-ups chose to give another chance to La Russa instead.

Willie Harris is the best third base coach in baseball.

In his playing days, Harris won the 2005 World Series with the White Sox, scoring the game-winning run on an RBI single by Jermaine Dye in Game 4. He isn’t a stranger to what it takes to win, and at only 42 years old, he brings a youthful attitude and energy that the Sox could use in a comeback.

The only thing holding Harris back is his lack of experience. He has served as manager at the minor league level, spending 2018 and 2019 in the Giants farm system, but has never held the position in the majors.

Despite this, I can see Harris’s name cropping up as a serious contender in the race to be La Russa’s replacement.