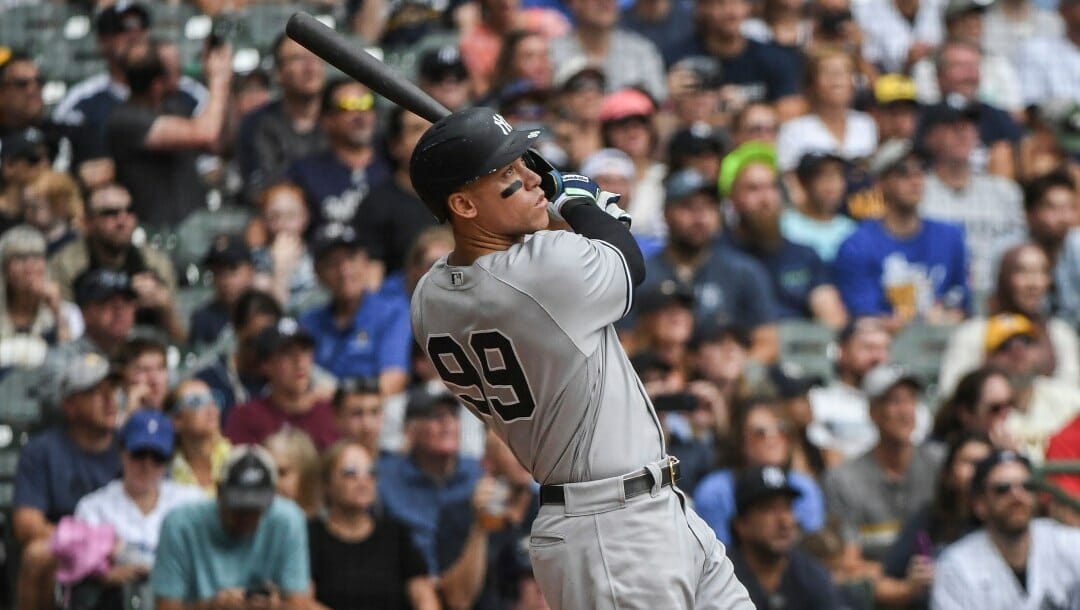 Aaron Judge of the New York Yankees and Paul Goldschmidt of the St. Louis Cardinals could almost be considered shoo-ins to win this year’s Most Valuable Player awards. In fact, both are such favorites that their MLB MVP odds are off the board. There’s no debate they’ve had career years, but just how phenomenal are these two power hitters’ stats?

With less than a week left in the regular season, there has been plenty of discussion about whether Judge or Goldschmidt (or even both) could earn one of the rarest achievements in baseball — a Triple Crown.

#59!!! Aaron Judge's second home run of the game and he's TWO away from Maris! pic.twitter.com/PzU2brxSum

So what is a Triple Crown, who’s won it in the past, and will Judge or Goldschmidt pull it off in 2022?

What is a Triple Crown?

A player earns a Triple Crown when he leads a league in three specific statistical categories over a single season — home runs, runs batted in (RBI), and batting average. There is also a Pitching Triple Crown, which requires the player to lead a league in wins, strikeouts, and ERA, though generally, the term Triple Crown refers to the batting achievement.

It’s no secret this has been a career year for Judge. As of Sept. 30, he has hit 61 home runs, tying Roger Maris for the most in Yankees history, and he still has seven games left to chase Barry Bonds for the all-time single-season record (73).

No. 60 ties The Sultan of Swat for 2nd all-time in American League history!@TheJudge44 👨‍⚖️ pic.twitter.com/DNwFXsJFMC

Aside from very comfortably leading the AL (and the rest of the league) in homers, Judge is also first in RBIs (130) and second in batting average (.313), putting him very close to being on target to earn the Triple Crown.

Judge is still battling to get to the top of the batting average rankings, sitting behind Luis Arráez (.315). There is absolutely no room for error if Judge wants to get to number one.

Going into the final stretch of the regular season, the St. Louis Cardinals are leading the NL Central by 7.0 games, and that’s in no small part thanks to their seemingly unstoppable first baseman.

Sure, we will watch Goldy hitting another home run! pic.twitter.com/QbHq2hzD1M

Although admittedly a lot less likely to pull off the Triple Crown than Judge, it is still not entirely out of the question for Goldschmidt. His 35 homers are seven short of NL leader Kyle Schwarber (42), and he is 17 RBI back from Pete Alonso (131).

Besides needing to boost his batting average, taking over all three stats would take an absolutely stellar final six regular season games, but hey, crazier things have happened.